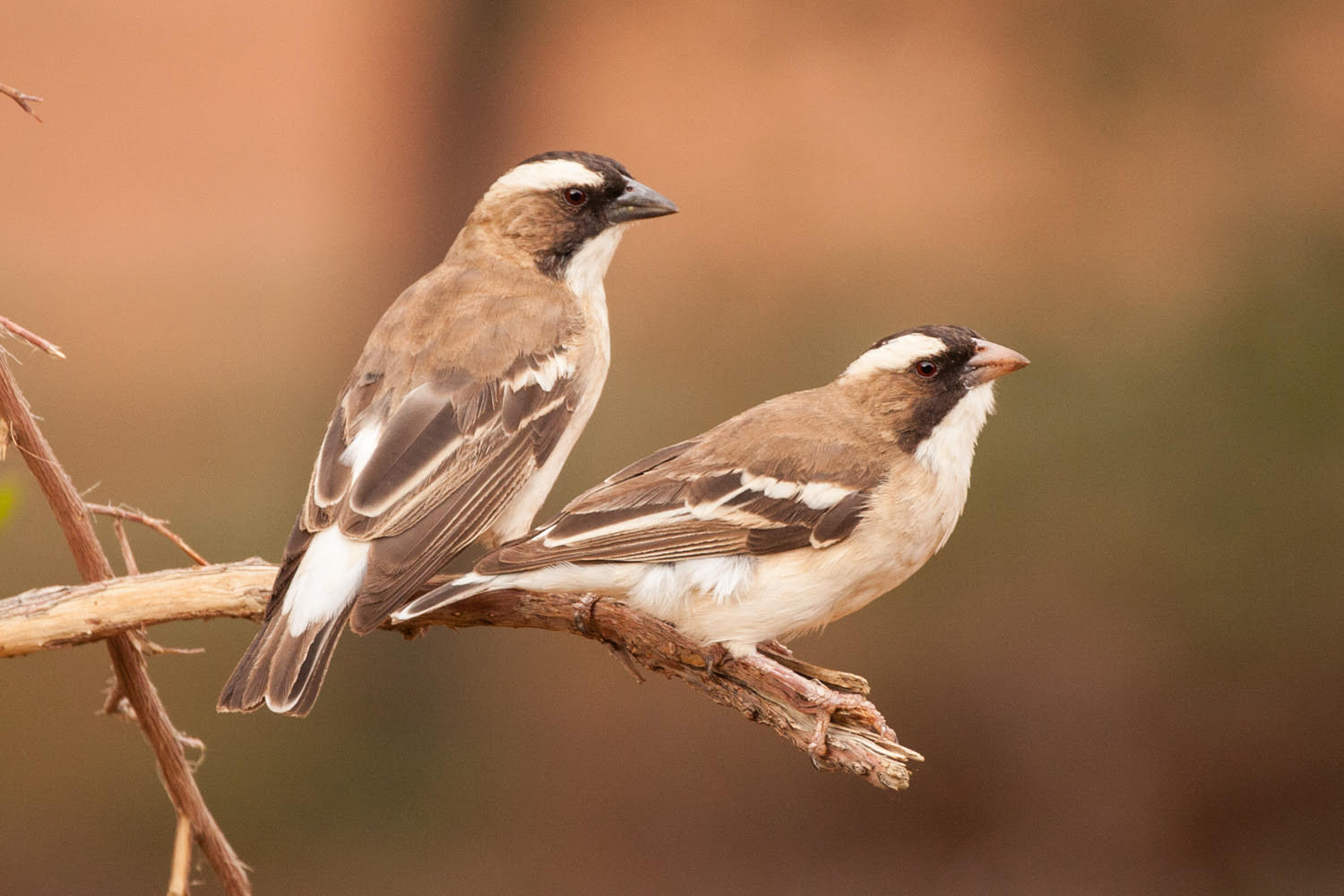 A little bird with a messy nest and many friends could have the edge over other species in a desert scorched by climate change.

The white-browed sparrow weaver is found in the Kalahari Desert where, over the past three decades, temperatures have been rising. But, with an unusual breeding strategy, they can successfully produce young when conditions are particularly harsh.

White-browed sparrow weavers are a cooperative breeding species. Dr Pablo Capilla-Lasheras, now at the Institute of Biodiversity, Animal Health and Comparative Medicine at the University of Glasgow, explained: “They live in families that occupy a small territory, centred around a couple of trees.

“In each family, you have a dominant male and female who are the breeders. Now their offspring, rather than disperse and breed, will stay and become helpers.”

These helpers forage for food for the chicks. Sometimes there are as many as 10 helpers. Eventually, in a few years, the helpers disperse and may start breeding themselves.

Capilla-Lasheras was part of a 12-year fieldwork study by scientists at the University of Exeter in the UK that researched these birds in the Tswalu Kalahari reserve in the Northern Cape. Recently, their findings were published in the journal Science Advances, in which they stated that they believe they have solved the mystery of why cooperation in birds is associated with unpredictable environments worldwide.

“The main message in the paper is that with the help of the helpers there is a guarantee that the dominant breeders always produce some offspring,” explained Capilla-Lasheras.

White-browed sparrow weavers are particularly successful when conditions are hot and dry. Other species are also known to practise this breeding strategy. The sociable weaver, another desert bird found in the Kalahari, is a cooperative breeder.

Several swallow species and the pygmy falcon also practise it. “Wild dogs and wolves do something similar,” said Capilla-Lasheras. Temperatures have been increasing in the Kalahari, and it is affecting bird species in the region.

Over the past 11 years, researchers involved in the Hot Birds Research Project –an international collaboration of scientists – have been studying the effect of heat on bird species in desert environments, including the Kalahari.

They found that heat waves are preventing some bird species from foraging properly. This is because they have to spend time trying to stay cool when they should be foraging instead.

Not being able to feed adequately has a knock-on effect, the scientists have found, as birds cannot build up reserves to survive the Kalahari winter.

And the reason for this is that there has been a dramatic increase in the number of days in the Kalahari when the temperature is above 35° Celsius.

In July, Dr Susan Cunningham, a senior lecturer at the FitzPatrick Institute of African Ornithology and a member of the Hot Birds Research Project, told Daily Maverick that the number of days when the mercury rose above 35° Celsius used to sit at about 90 days a year. It has now increased to about 130 days.

Another concern is that extreme heat events could result in bird die-offs in the future, as was seen in northern KwaZulu-Natal in November last year.

“Cooperatively breeding species – those that live in societies with helpers – may be better placed to cope with unpredictable environments, which we expect to become increasingly common under climate change,” explained Dr Andrew Young, of the Centre for Ecology and Conservation at Exeter’s Penryn Campus in Cornwall. DM168