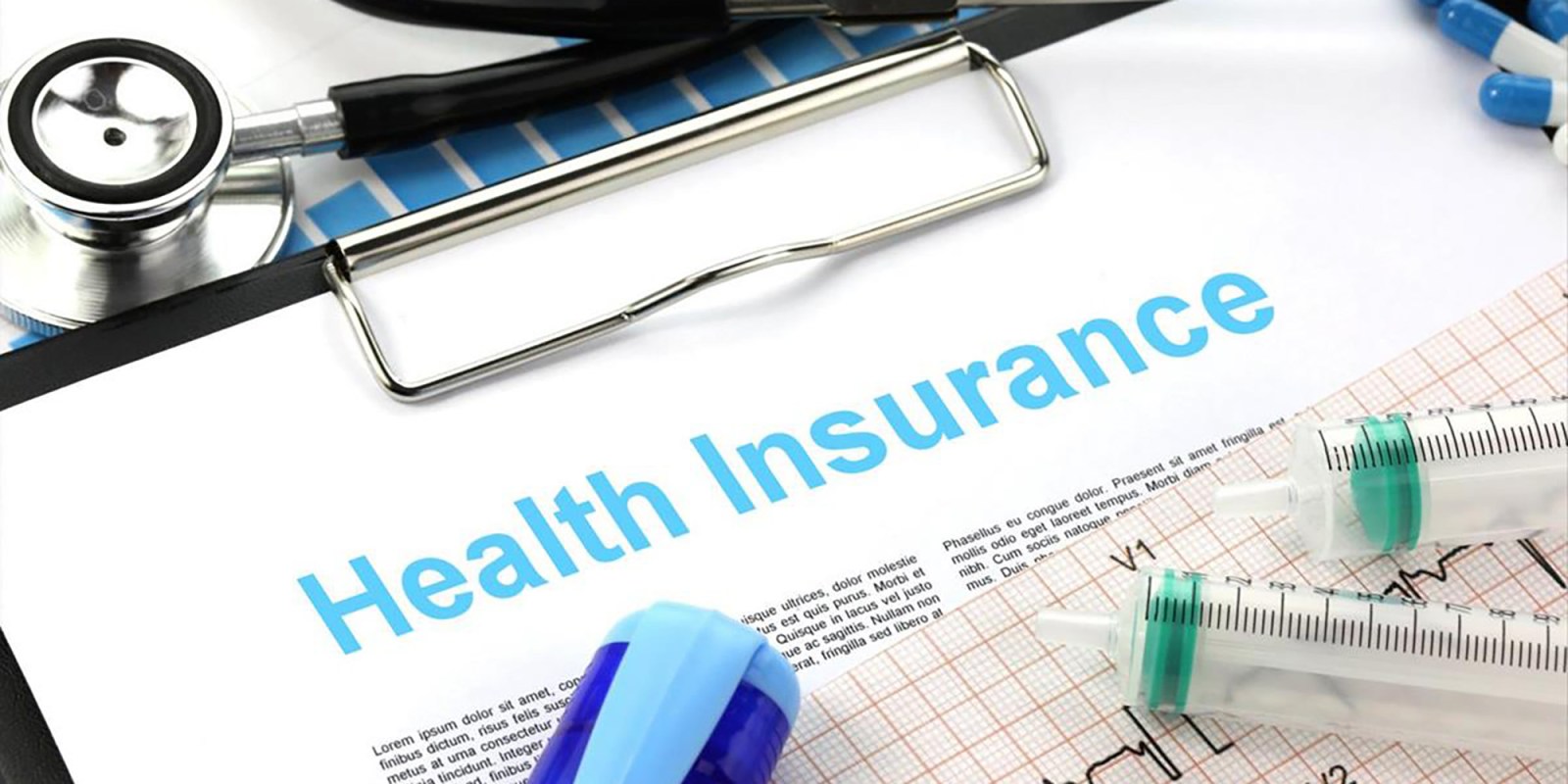 The SA Society of Physiotherapy (Sasp) has taken all 79 of the country’s medical schemes to court to bar them from conducting unfair and unconstitutional clawbacks. While not disputing schemes’ rights to clamp down on fraud, waste and abuse, the society believes schemes are deliberately misinterpreting the Medical Schemes Act to boost their coffers, to the detriment of practitioners and their patients.

Enough is enough: Physiotherapists have launched legal action in the North Gauteng High Court against all 79 of South Africa’s medical schemes to adjust clawback audits of accounts which the schemes’ forensic units claim were billed incorrectly and/or fraudulently.

These clawed-back amounts, originally approved by the schemes, are unsubstantiated and often flagrantly prescribed, yet disputed years after payment, without conclusive evidence, in violation of both the Medical Schemes Act (MSA) and the Prescription Act.

Physiotherapists, in particular, have been targeted, but they are not the only medical practitioners to be singled out, as GPs, specialists and other technical professionals have also been victimised.

The MSA affords schemes 30 days within which to query or dispute an account. Schemes are required to provide written notice to both the fund member and the healthcare provider, who then has 60 days within which to respond and rectify the claim. If the scheme does not notify either party within those 30 days that a claim is erroneous, or fails to allow correction and resubmission, the onus is on the scheme to prove an error as per section 59 (3).

In practice, the schemes are not querying these accounts quickly enough, and when they do, the onus is on them to prove the “debt”. The society says, in its experience, medical schemes are not doing this.

Most civil claims furthermore prescribe after three years, in accordance with the Prescription Act; however, medical schemes have admitted to conducting audits on health practitioners far beyond that period.
Practitioners argue that these procedures were pre-authorised, accepted and paid for by the schemes, but the latter were disputing legitimate payments up to six years after they were conducted.

To enforce the clawbacks, schemes are allegedly throttling practices through claims suspension, until the medical practitioners accept liability and sign admissions of debt, under duress, to settle the “old” and disputed debt.

Medical practitioners have told Business Maverick how clawbacks have crippled them financially, shut their practices, caused psychological distress, broken up marriages and even driven some colleagues to suicide.

Karen Gibbs, a physiotherapist at the forefront of the battle against the clawbacks, says claim suspension affects the patient directly — not only the practitioner.

“Suspension means that practitioners are no longer directly reimbursed by the schemes, and must claim the money directly from the patient. This has a significant effect on the practitioners’ cash flow, especially those in acute settings, as well as the patients, since they now need to pay upfront for services.”

Gibbs says when the schemes employ the “blacklisting” tactic, neither the practitioner nor the patient is reimbursed, which indirectly dictates to the member which practitioner they can see.

The SA Society of Physiotherapy — representing the majority of physios who have been fighting the groundless clawbacks — wants section 59(3) of the MSA declared unconstitutional and invalid; that the final decision-making process be removed from the scheme funder or administrator and handed to a qualified independent party, and a review of all contested audits.

It says schemes have interpreted this clause as allowing auditors and lawyers to conduct clawbacks without requiring proof or a fair process.

The society wants the court to order all medical schemes to prepare reports and accounts of all exercises of section 59(3) in which acknowledgments of debt were signed or in which payments were deducted for the past six years, and deliver the report to the Registrar of the Council for Medical Schemes (CMS).

They then want the Registrar to invite all affected practitioners about the payments in question, should they wish to contest the amounts claimed in terms of section 59(3), and appoint appropriately qualified and independent auditors and/or legal practitioners — at the relevant medical scheme’s expense — to review the contested claims.

Practitioners who wish to contest the claims and the relevant medical scheme will be afforded an opportunity to make representations to these auditors, who will assess the claims.

The society wants all contested claims to be finalised within 18 months of the order, at which time Parliament is expected to correct the section 59(3) defect.

Alternatively, they want the court to bar schemes from making fraud, waste and abuse (FWA) deductions in terms of section 59(3) without following fair processes.

The respondents have been given five days from service of the notice of motion to notify the applicant’s attorney from Bouwer Cardona, of their intention to oppose and 15 days to deliver answering affidavits.

The Minister of Health and the CMS, which was accused of apathy over the issue before being forced into a corner only when accusations of racial profiling surfaced against medical schemes, are cited as respondents in the papers.

Advocate Tembeka Ngcukaitobi’s Section 59 interim report, commissioned by the CMS, was released in January 2021. His final report has not yet been released.

Stuck to its guns

South Africa’s largest medical scheme, Discovery Health Medical Scheme (DHMS), which enjoys about a third of the market share, has been at the forefront of the clawback issue. It readily admits to enforcing the clawbacks — conducted by a forensics team that demands patients’ confidential clinical notes from practitioners despite often not having the suitable medical expertise on the FWA team — insisting that it is legally entitled to do so to protect the scheme’s income.

But the counter claim is that the manner in which these clinical notes are demanded is not in accordance with health practitioners’ statutory obligations to the Health Professions Council of SA (HPCSA).

The physio society is not disputing the schemes’ right to enforce clawbacks to stem FWA to protect member interests, but rather the manner in which these are conducted.

Practitioners allege the schemes threaten to report them to the HPCSA and/or even criminal prosecution and coerce them into signing acknowledgments of debt for which only subjective evidence exists.

Medical schemes cannot discipline, fine or prosecute health practitioners — they may only report practitioners to the HPCSA or the police.

The medical schemes are often not affording accused practitioners the right to have disputed cases heard by way of a peer-review process of patient files to determine whether improper or overtreatment was performed. Where these peer review processes are conducted, the schemes’ review committees disregard the clinical expertise.

The Professional Board for Physiotherapy, Podiatry and Biokinetics, in a guidance to members in February 2018, said schemes may only conduct clawbacks if there has been proven theft, fraud, negligence or misconduct, and “an accused person should be found guilty of such offences by a court of law”.

Practitioners say schemes create the impression that they have been accused of fraud and theft, based on an algorithm’s flagging, given days to respond, forced to sign admissions of guilt and pay for “billing errors” after using incorrect codes.

The SA Society of Physiotherapy, in a February 2021 guidance, noted practitioners have an ethical obligation to protect patient confidentiality. “Any failure of this duty may result in the HPCSA taking disciplinary steps against such a practitioner. However, even where a contract exists between a practitioner and a funder, the practitioner must still comply with the law and ethical obligations regarding patients’ privacy, which includes the protection of their information.”

Informed consent must be either in writing or orally, and while patients sign contracts with their medical schemes, those do not override a medical practitioner’s statutory and ethical duties towards patients.

DHMS has claimed that clawbacks were intended to recover payments made from scheme funds that belong to members, which have been paid inappropriately and constitute unjust enrichment by the practitioner. It said that with about 275,000 claims to process daily, due to “operational capacity limitations” it is forced to accept most claims at face value.

“The risk of paying fraudulent or irregular claims… must be balanced by the right of a scheme to subsequently check for such irregularities and to allow a scheme to set off any such payments against future claims, to recover these monies for the scheme and its members. The full benefit of all recoveries vests with the medical scheme members, since if these irregular payments were not recovered, the medical scheme contributions would need to be higher to cover these additional costs.”

DHMS said it approves and pays for pre-authorised claims in “good faith”, however, it will take action through its FWA process to recover funds — “regardless of whether there was pre-authorisation or not”.

Asked whether patients, whose medical savings accounts were billed in many cases, were reimbursed, a DHMS spokesperson at first said members were reimbursed, but later backtracked, saying FWA recoveries were paid to the scheme, which is “a direct saving for members”.

The schemes furthermore allege that claims suspension is a measure of last resort, necessitated by practitioners’ refusal to engage with their forensics unit.

Gibbs disagrees, saying, more often than not, the leverage of claims suspension is only employed once the physiotherapist (or other medical practitioner) disagrees with the funder’s assessment. BM/DM