Divided We Stand: DA and ANC internal pre-election pressures could cost them dearly 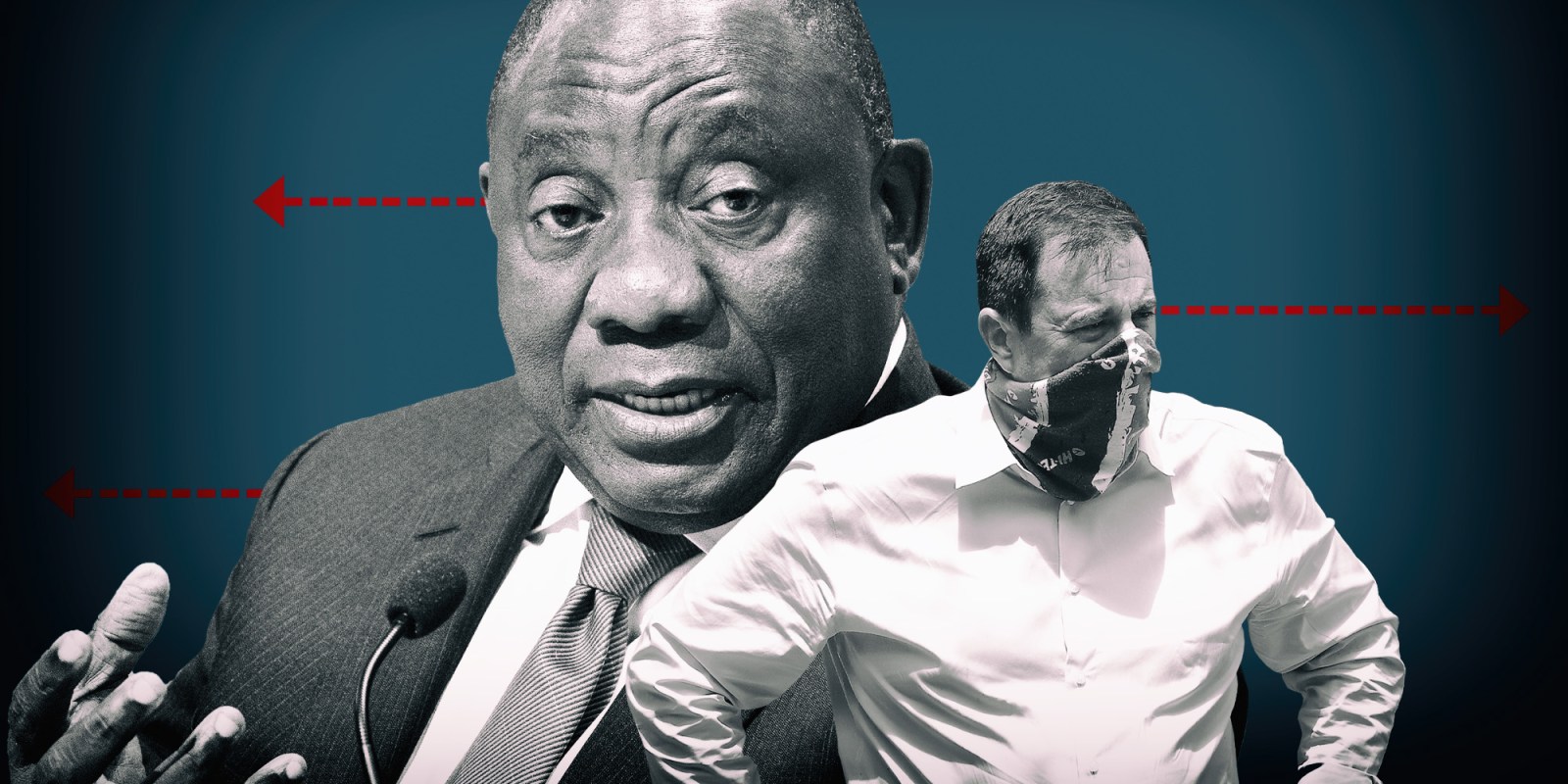 While elections can divide democracies, with political parties looking to find issues that will define identities for them, it is also true that elections themselves can divide parties — as the latest internal DA and ANC conflicts amply show.

The process of defining identities can put pressure on divisions within, a reversal of what was thought to happen in the past, when elections appeared to unite parties.

It is possible that this process is now playing out within the DA after the Phoenix posters fiasco last week. Should it turn out that this mistake has cost the party votes and should it lose significant support in the local elections, the DA might go through further turmoil.

On Friday last week, the DA’s KwaZulu-Natal chairperson, Dean Macpherson, apologised for the posters that had been erected in Phoenix and which were due to be put up in other parts of eThekwini.

The posters had read “The ANC calls you racist” and “The DA calls you heroes”, in a reference to what happened during the violence in that area in July.

Macpherson himself had first defended the posters. He was followed by the DA’s leader, John Steenhuisen, who conducted several interviews. He said that the DA was right to erect the posters because the ANC had treated people who defended themselves as racists, and had victimised them.

It became clear during that time that the posters had not been authorised by the top leadership structures of the party. It also emerged that many members, some in the party’s top positions, had opposed the posters when they first saw them.

The most public example of this was the DA’s mayoral candidate for Joburg, Dr Mpho Phalatse, who said the posters were wrong the first time she saw them.

Then, on Monday, it was confirmed that the head of the DA’s campaign in Gauteng East, the former MP Mike Waters, had resigned from that position. He remains a member of the party.

The language in his letter of resignation is scathing. He says that he is “shocked and horrified by the weakness displayed by my party” in the posters issue and that the party’s “grovelling apology and decision to take down these posters is appalling”.

Waters goes on to say that he is “unable to continue to defend and promote a party that is capable of such spineless treachery” and that the furore over the posters is “manufactured hysteria”.

In another telling phrase, Waters explains that he will remain a member of the DA because it’s the only party whose values he supports, where “I and other muscular Liberals can raise our voices about the bleating of the sanctimonious wokerati undermining the direction of the party”.

For some, just the claim that the reaction to the posters is “manufactured hysteria” and the reference to the “sanctimonious wokerati” may be seen as insults, or worse, as a deliberate refusal to understand what the posters mean to the overwhelming majority of the people who saw them.

They may see it as a complete rejection of what our politics should be, and what our society actually is. Some of those people may well be members of the DA.

This is an indication of the party’s problems.

As the country’s most racially diverse party, the divisions in our society can be reflected within it. This may be happening now.

In many situations, these problems can be resolved with strong leadership. One of the biggest and most difficult tasks of a leader in a party is to bridge these divisions, to build and bolster the strong internal coalitions that it takes to build a political party.

But now Steenhuisen may find this more difficult because of his support for the posters in the first place. The fact that so many people in decision-making positions in the party were not aware that they were being erected may make this harder for him in the future.

Interwoven throughout this is the defining issue of our society — race and racialised inequality.

Since 2019 the DA has lost its first black leader, Mmusi Maimane, its black mayor of Joburg in Herman Mashaba, and control of the City of Johannesburg itself. It has also lost other black leaders in significant positions, such as Phumzile van Damme, while other former leading lights such as Lindiwe Mazibuko have been highly critical of the party.

The reported resignation of Waters highlights the problem in another way.

If members of the party who are black are unhappy at the DA’s push behind these posters, then there is at least one white member who is so angry at the decision to remove them that he has resigned from his position.

It is possible that he is not the only person in the party unhappy at their removal. Considering Steenhuisen’s strong support for the message in the posters at first, he too, and those around him, may also be frustrated.

Steenhuisen’s election as leader came after the election of Helen Zille as the chair of the DA’s Federal Council. It was her election that led to Maimane’s resignation, followed hours later by Mashaba’s.

Such is the reality of South Africa that the election of Steenhuisen, as a white man, to the position of leader may also have symbolised this process to some voters, thus putting even more pressure on the party and on these dynamics.

It should be remembered that it is not only the DA that is suffering from divisions that may be intensified in this election.

On Monday, the party’s deputy leader, Deputy President David Mabuza, met officials in Tshwane because the ANC region there has huge disputes over its candidate lists.

So bad are the divisions that the party’s head of elections, Transport Minister Fikile Mbalula, even suggested that it would only be possible to deal with this problem after the election, through the process of holding by-elections.

To be clear: this is the head of elections of the ANC suggesting, before the local elections, that the disputes over ward candidate positions in the party are so intense they could be dealt with only through by-elections after the elections. Incredibly, he was saying this in public to voters before they cast their ballots.

It may be important to contrast the dynamics within the ANC and the DA now with what has happened in the past.

During a debate around whether the local elections should be merged with the provincial and national elections, then ANC secretary-general Gwede Mantashe once said he preferred to have elections every two to three years, because it helped to unite the ANC. The party would have someone to campaign against.

The same may have been true for the DA. The ANC as it was then, and particularly the spectre of Jacob Zuma as president, may well have been a unifying factor for the DA.

Now things have changed. Elections may well result in further, even permanent division in the two biggest parties.

If this is the case it is a massive change to our politics and points to a future of division and dissent, in which elections deepen divisions around what the parties actually stand for, rather than easing them.

It is, of course, part of a much bigger dynamic, both here and in other countries, on how certain elements of identity have come to the fore in politics.

Predicting how this will end is difficult. But this election may well be an important stepping stone on the road towards a politics with no dominant big parties and many small ones vying for power. DM