Popia and Paia changes are welcome, but vigilance is still the name of the game 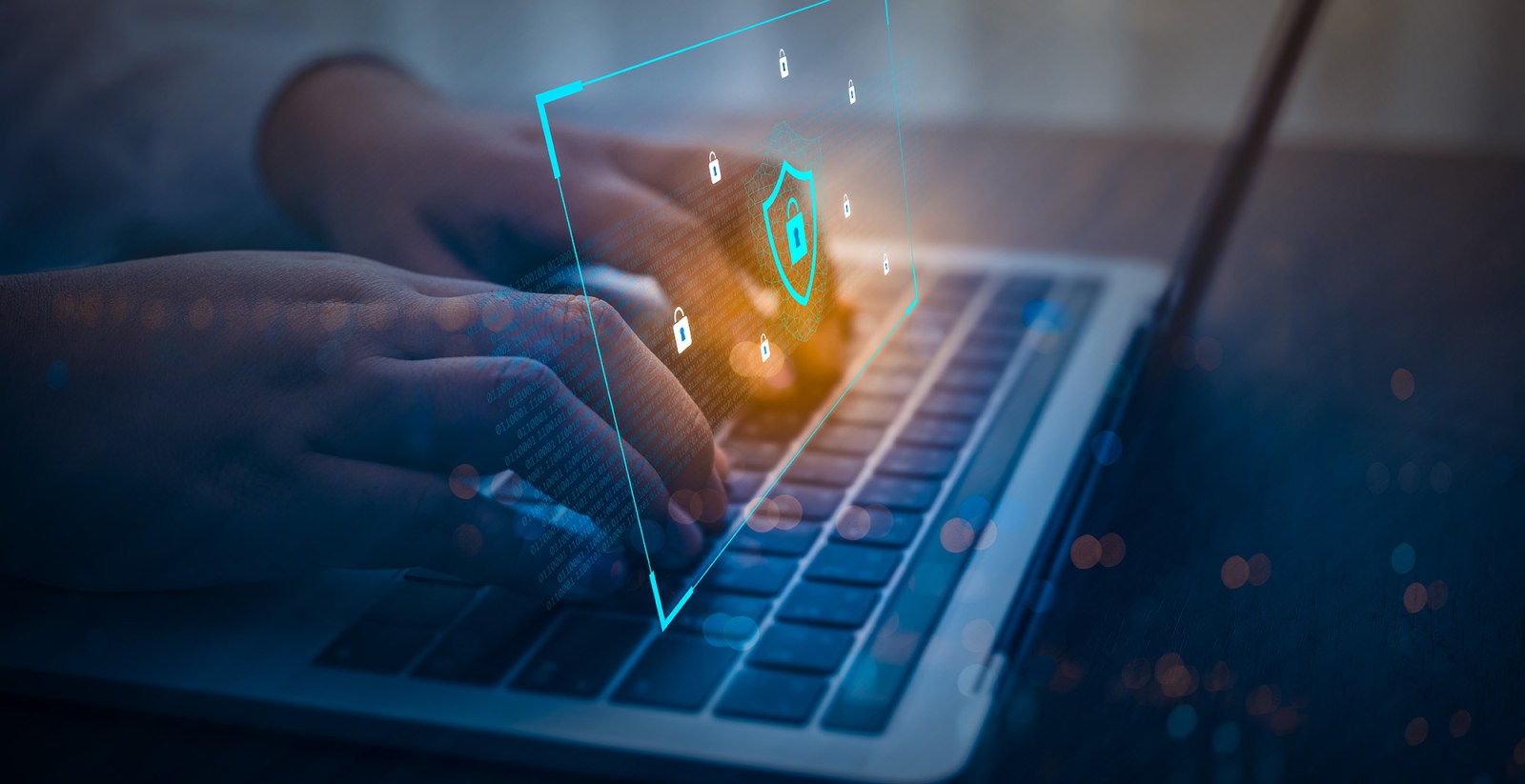 The changes to the management of the Promotion of Access to Information Act (Paia), it is hoped, will create a better environment for the public to exercise their right to access information held by the state and private bodies.

At midnight on 30 June 2021, life as we know it in South Africa changed in a small way.

Key provisions of the Protection of Personal Information Act 2013, more commonly known as Popia, came into effect on 1 July. This act brought about an array of compliance measures aimed at protecting personal information from misuse.

The law bolsters the role of the Office of the Information Regulator, which has been set up by the state as the regulator tasked with enforcing Popia.

What went under the radar was that when the Popia provisions kicked in on 1 July, so did the mandate for the Information Regulator to become the custodian of the Promotion of Access to Information Act, 2000 (Paia). Prior to this, that responsibility was held by the South African Human Rights Commission.

The regulator is now the body that will monitor compliance, report to the National Assembly and make recommendations on what can be done to improve access to information.

The changes to the management of Paia, it is hoped, will create a better environment for the public to exercise their right to access information held by the state and private bodies.

When it was enacted, Paia was a trailblazing piece of legislation, one of the first dedicated access to information laws in Africa. It set out a procedure to be followed when requesting information, the obligations of public and private bodies in responding to such requests, and the grounds upon which they could be refused.

In the years since then, Paia has come under much criticism on the basis that it only performs its function to a limited extent – because of the exclusions that may be cited, because requests are ignored and because it is expensive and time consuming to go to court to enforce compliance.

This inadequacy has been documented over several years in the Access to Information Network’s (ATI Network) Shadow Reports.

While our work stretches across diverse causes, we have joined together for a common aim: to support the constitutionally protected right to access to information.

We frequently exercise this right by making use of access to information laws — most often, Paia — within our work to obtain information that enables our advocacy.

Our reports highlight the experiences of member organisations in their use of Paia to raise awareness of challenges and trends identified during the reporting period.

And our experience is that persistent issues – including delays in compliance, incomplete or incorrect records being provided, inappropriate application of the grounds of refusal, and unsuitable enforcement mechanisms – have prevented Paia from achieving its purpose to the best extent possible.

But to be fair, a lot has changed in the last two decades. There has been a remarkable acceleration of the information age: developments in how information is obtained, stored, used and disseminated have turned  information almost into a valuable commodity.

A small flash drive can contain many thousands of documents, and they can all be sent across the world with a click of a mouse. In these times, “file” ever-increasingly refers to an icon on a computer screen rather than a grey lever arch tucked away in a storeroom.

On 28 September 2021, the world celebrated International Day for Universal Access to Information, proclaimed in 2015 by the United Nations Educational, Scientific and Cultural Organisation, Unesco.

The day offered an opportunity to reflect not only on the great value that the free flow of information has in promoting healthy democracies, but also what needs to be done to enhance access to information so that this important right is afforded the fullest possible expression.

The 2021 Unesco theme was “The Right to Know – Building Back Better with Access to Information”.

We invited the regulator to unpack its role in relation to Paia at a webinar commemorating the day.

From the inputs of its representatives, it’s clear that while there are some developments that can be expected in the near future, a number of interventions will take some time to come into effect.

One task on its list is the issuing of guidance notes and resources, such as a guide on how to use Paia that will be available in 11 official languages as well as Braille.

The regulator has also provided templates for compiling the Paia manuals that are required by law for both public and private bodies, which are available on its website.

It is also in the process of putting together a draft procedure on how to make information electronically available, which they estimate should be ready by the end of the year. The intention is to assist public and private bodies to make sure that documents are stored securely electronically.

The regulator also intends to develop and conduct education campaigns, in particular for disadvantaged communities, and to encourage public and private bodies to do the same.

An important and welcome development is the amendment of Paia that empowers the regulator to consider complaints about non-compliance with Paia.

This mechanism can be accessed when other avenues (such as appealing internally, in the case of public bodies) have been exhausted and it provides an extra tool that requesters can use instead of (or prior to) having to make a court application – an expensive and lengthy exercise.

For the purposes of institutional independence and to take advantage of the regulator’s specialised expertise, the regulator also envisions that in future it will be able to determine regulations concerning Paia, a function that is currently performed by the minister of justice.

This will require an amendment to the existing act.

Monitoring is another important function that the regulator must perform.

The regulator will seek to ensure that public and private bodies submit statistics concerning Paia requests to the regulator timeously, by means of an online portal.

Unfortunately, the regulator’s online portal is not yet operational, whether for this purpose or for the registration of information officers, which is a cause for concern.

These statistics will be used for its monitoring, enforcement and reporting purposes. The regulator is also empowered to assess a public or private body’s compliance with Paia, whether by request (by the body itself, or by a third party) or of its own accord.

Paia also confers a power on the regulator to make recommendations concerning various aspects of access to information.

The ATI Network has particular interest in the regulator’s ability to make recommendations for the “development, improvement, modernisation, reform or amendment” of Paia (or indeed, any law concerning access to information).

This is because two of our members – the South African National Editors’ Forum (Sanef) and Media Monitoring Africa (MMA) – have conducted research and consulted with lawyers in order to develop a draft Paia Amendment Bill.

This is a civil society-led initiative that draws on the experiences of frequent users of the bill and which has reference to the Model Law on Access to Information in Africa, 2013 to suggest legislative changes that seek to bring Paia up to speed with technological developments and make access to information simpler and more efficient.

One mechanism that is proposed to achieve this is to provide for proactive disclosures – in other words, for certain records to be published without having to be specifically requested. Sanef and MMA have opened up the draft Bill for engagement with the public.

It is hoped that the regulator will also engage in this process, and give serious consideration to the draft bill. This is an opportunity for the regulator and civil society to work together in pursuit of the common aim of ensuring that Paia is fit for purpose.

It is too early to offer an assessment of the regulator’s performance on the issues outlined above. It is a new institution, only recently being clothed with all of its powers and responsibilities.

The regulator has its work cut out for it.

It would be unfair to suggest that the task is only the regulator’s. Paia imposes obligations on all of us, such as compiling and publishing Paia manuals, appointing information officers, and responding to information requests appropriately. Doing so fosters an ecosystem of accountability and compliance that helps to better fulfil the right of access to information.

As civil society, our concern is that Paia should not be allowed to be overshadowed or ignored so that it becomes obsolete. It is a vital statute that gives effect to a fundamental right in the Bill of Rights, one which empowers the public to make informed choices, to participate meaningfully in democratic processes, to protect their rights, and to hold those in power to account.

As the winds of change blow, the signs are encouraging that a dedicated government institution will have access to information as its focus. With that said, it should not be forgotten that the responsibility rests on all of us – civil society, the regulator, the private sector, and government – to do what is necessary to ensure that access to information is a right that is available to all. DM

Cherese Thakur is the advocacy coordinator at the amaBhungane Centre for Investigative Journalism, part of the Access to Information Network.