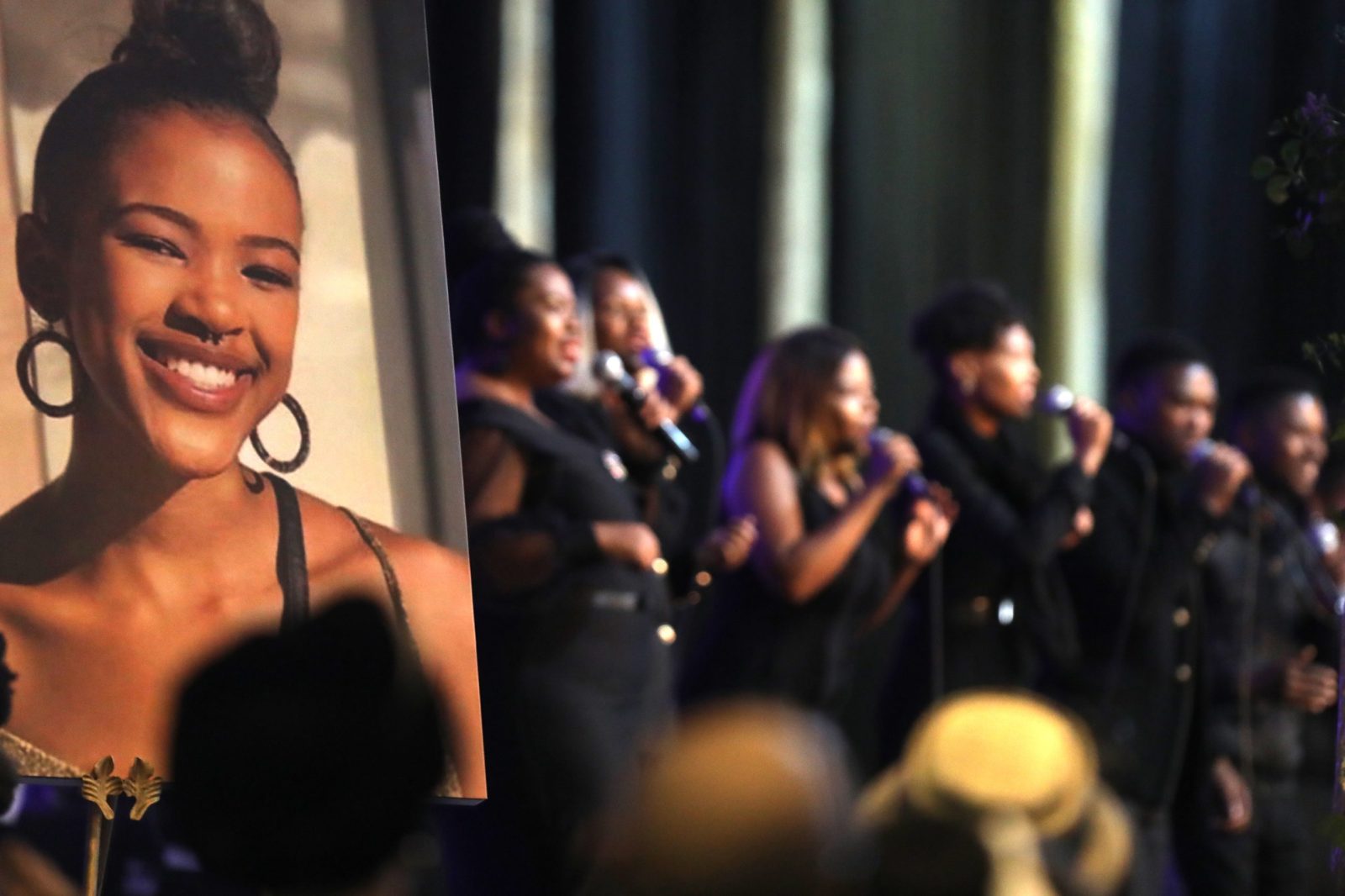 Almost every weeknight for the past two years, Michael van Niekerk, a 23-year-old from Cape Town, has gone online to search for stories of women who have been murdered.

Every day there are countless stories of women being killed and raped in South Africa. Van Niekerk archives the stories of these women and girls through Keep The Energy.

But the death that stunned him was that of Uyinene Mrwetyana, a University of Cape Town (UCT) student who was raped and murdered by a Post Office worker in 2019.

“I felt so helpless after her death, especially as a man. I felt like I needed to do something,” said Van Niekerk, who was studying at UCT at the time and who joined the marches that swept Cape Town after Mrwetyana’s death.

“I started the page because I didn’t want us to be outraged by one incidence of gender-based violence and then move on.

“I wanted people to know that it’s common and we should be working towards raising awareness and that we should be trying to change our ways as men,” said Van Niekerk.

Ashleigh Roman said she follows the Instagram page “because it serves as a daily reminder that SA is far from overcoming the devastating scourge of gender-based violence that continues to grip our nation”.

“The content is not uplifting, and the details are not attractive or appealing – these are women, children and members of the LGBTQIA+ community who have lost their lives in the most violent and gruesome ways possible. But it makes for a sobering pause during mindless scrolling on social media platforms. It is a necessary pause.”

Jodie Daniels, another woman who follows the Instagram page, did so because it “pays homage to the memory of each person murdered, and shows us the faces of the victims of these crimes, we see them, we know them, and we are them. Although it is incredibly hard to read the posts because most of [them] include detailed reports of horrendous crimes committed, I feel it’s important to know that the murders of innocent women and children haven’t just stopped and that families are affected every day.”

Women make up about 80% of Keep The Energy’s followers, said Van Niekerk.

Why would thousands of women choose to follow a social-media page that posts harrowing details of women who have been murdered? Mbali Mazibuko, a gender researcher at Unisa, said “it’s a structural issue. Even outside of social media, men are not coming to the table when it comes to engaging in conversations about gender-based violence. Women are the ones who are more engaging when it comes to conversations about gender-based violence.”

In the past two weeks alone, it has been reported that Nokwanda Maguga-Patocka from the Eastern Cape was bludgeoned to death. Rhucian-Kay Lawak was allegedly murdered by her ex-partner in Cape Town and Asiphe Mdodana was allegedly raped and murdered in the Eastern Cape. Sisanda Gumede was stabbed in the Umbumbulu area, south of Durban. She later died in hospital. “What I appreciate about this page is that it raises awareness about the cases that involve ordinary people and not just the big cases that often attract national coverage. It’s the simple girl next door, the woman who sells food at the taxi rank,” said Mazibuko.

“Without private donations, organisations that work on the ground with gender-based violence survivors will simply be forced to close their doors.”

Van Niekerk has also raised funds for Asanda Ndlebe, a 35-year-old man from the Eastern Cape, who suffered multiple stab wounds after helping a woman who was being harassed by a man. Van Niekerk raised R37,784 for Ndlebe.

Although he is doing important work, it has taken an emotional toll on him. “I didn’t anticipate [the toll it would have on my mental health]. I remember one of the first stories I posted was about a 13-year-old, and she said she was raped and needed help. That hit me really hard,” he said.

“I think with sourcing the stories, and I know this sounds bad, but I’ve managed to block out the emotions, and it feels like a job [to] me. I find the stories, write the captions, and I move on because I can’t allow every story to get to me. Otherwise I’d have a mental breakdown. But what does affect me is when women message me, telling me a friend has passed away or they message me asking for help after being sexually assaulted.” Van Niekerk refers people to organisations that can help.

He runs the page on his own and when  he feels the emotional toll, he takes breaks. “There have been times where I’ve had to take a few days off or a week off from the page because I need to work on my mental health to ensure that I’m able to continue doing the work.”

Fortunately, Van Niekerk has a support system that often checks in and urges him to take care of his needs as well.

Mazibuko thinks that social media accounts like Keep The Energy help to raise  awareness. “Social media pages like these are necessary tools for raising awareness. Most people are on their phones anyway, so it helps to reach local audiences and international audiences through social media,” said Mazibuko. DM168