I’m the greatest heavyweight of my era, says Fury aft...

I’m the greatest heavyweight of my era, says Tyson Fury after KO victory over Deontay Wilder 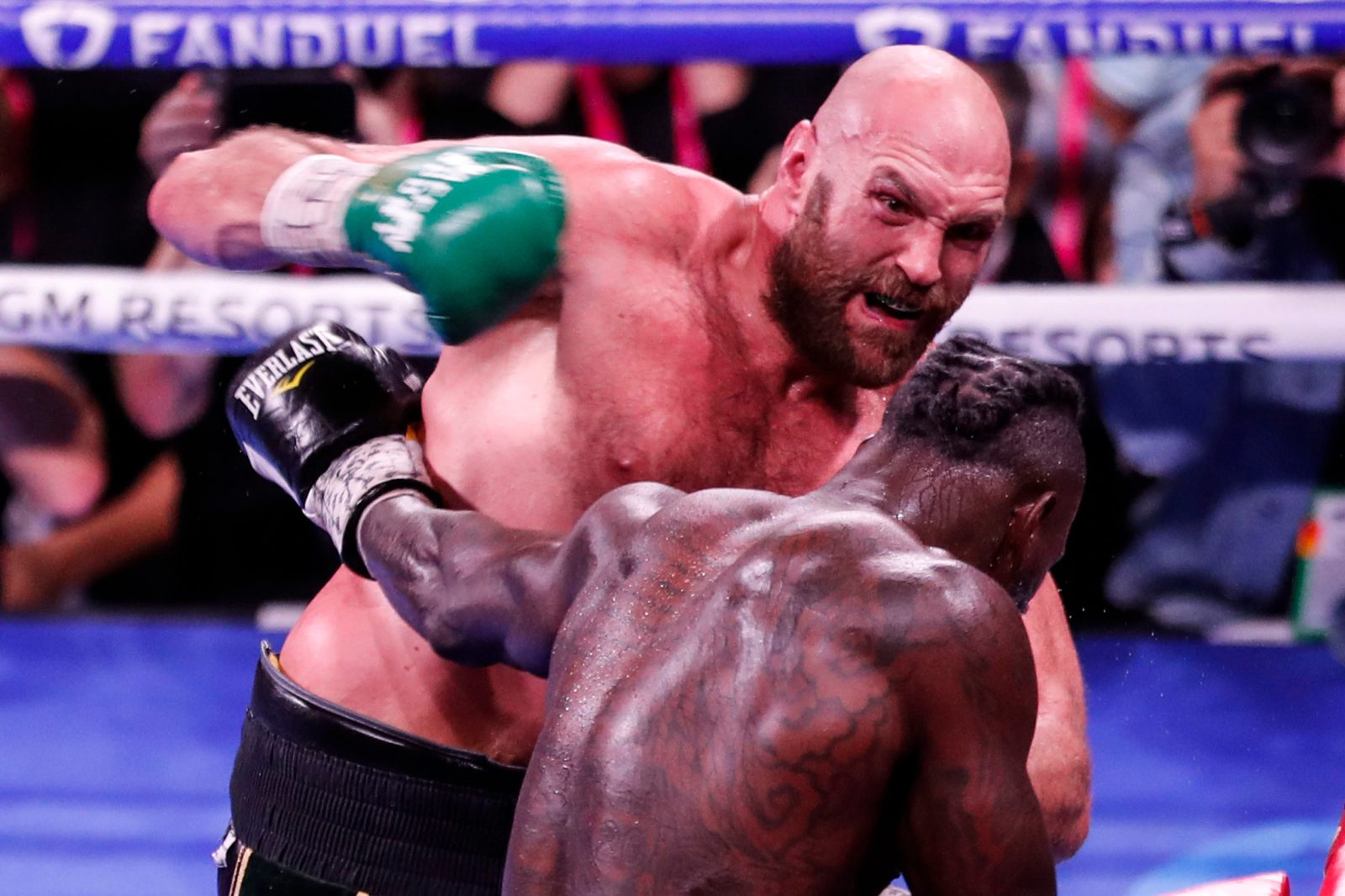 Tyson Fury declared himself the ‘greatest heavyweight of my era’ after retaining his WBC title with a knockout win over Deontay Wilder in Las Vegas on Saturday.

Britain’s Fury weathered the early storm and knocked Wilder down in the third round with a short uppercut, but the American responded in the fourth, knocking Fury down twice with shots to the head.

But Fury absorbed the punishment and outboxed his American rival, landing the decisive blow in the 11th round to remain the undefeated lineal champion.

“I’ve had three fights with the biggest puncher in the history of my sport, in my division. And he caught me twice in the fourth round. But I was never thinking, ‘this is over’. I was thinking, ‘okay, good shot, but I will get you back in a minute’. And I did.”

Fury (31-0-1) has now won two of the three fights between the two men after the first ended in a draw and the Briton dominated the second.

“We fought like two warriors in there and I went over to shake his hand and say, ‘well done’. And he was like, ‘no, I don’t respect you’… He’s just a sore loser in boxing.

“It was just a great fight, all in all. You’ve got to take your hat off to Wilder’s team and him as well. He put up a good fight. I wasn’t here to blow someone over in one round. I travel the world for so many years to find challenges. And he gave me a real worthy challenge tonight, for sure.”

Fury sent Wilder to the canvas for a third time with a vicious right hand to the head in the 11th round at the T-Mobile Arena in Las Vegas to end the fight.

The enthralling slugfest was more competitive than many expected, but still ended as most predicted, with the Briton outboxing the American to remain the undefeated lineal champion.

After losing the WBC belt to Fury 20 months ago in a one-sided bout, Wilder was the aggressor early, using his jab to back up the larger Fury while seizing on every opportunity to throw his powerful right hand.

Fury weathered the early storm and knocked Wilder down in the third round with a short uppercut but the American responded in the fourth, knocking Fury down twice with shots to the head from close range.

But like he did when he was knocked down in the 12th round of their first meeting, Fury absorbed the punishment and picked himself up.

From there, Fury took control and bludgeoned Wilder, knocking him off his feet in the 10th round before ending the brutal affair with a clean right hand to the side of his head that sent Wilder face-first into the canvas.

Although down on the score cards, the fight never felt completely out of reach for Wilder (42-2-1, 41 KOs) due to his right hand, but the defensive-minded Fury mostly managed to avoid it.

“It was a great fight tonight, it was worthy of any trilogy in the history of the sport,” Fury said.

“Deontay Wilder’s a top fighter, he gave me a real run for my money. I always said I’m the best in the world and he’s second best.”

Fury serenaded the crowd after the bout with a rendition of Walking in Memphis. The battered Wilder reportedly went to hospital immediately after the fight.

Before the fight, which was moved from its original 24 July date after Fury contracted Covid-19, there were questions about his readiness.

Fury and wife Paris welcomed a baby girl nearly two months ago but she had to be placed in an intensive care unit. He said he spent two weeks by her side before she came home, but insisted he was in excellent condition.

“Don’t ever doubt me. When the chips are down, I can always deliver,” he said.

It is unclear what is next for Fury.

Ukraine’s Oleksandr Usyk holds the other three titles and the winner of a fight between the two would lead to the first undisputed heavyweight champion since Lennox Lewis 21 years ago.

That fight may have to wait, however, as Britain’s Anthony Joshua earlier in the day triggered his clause for a rematch against Usyk, who defeated him last month to take the WBA, WBO, IBF and IBO belts.

“We’ll see. I’ve just earned a well-earned break from everything. I’ve been away from my family, I’ve only been home for two weeks over the past six months,” he told the media.

“Before I think about fighting other men, I’m going to bask in this victory because tonight was one of my greatest wins.” DM/Reuters