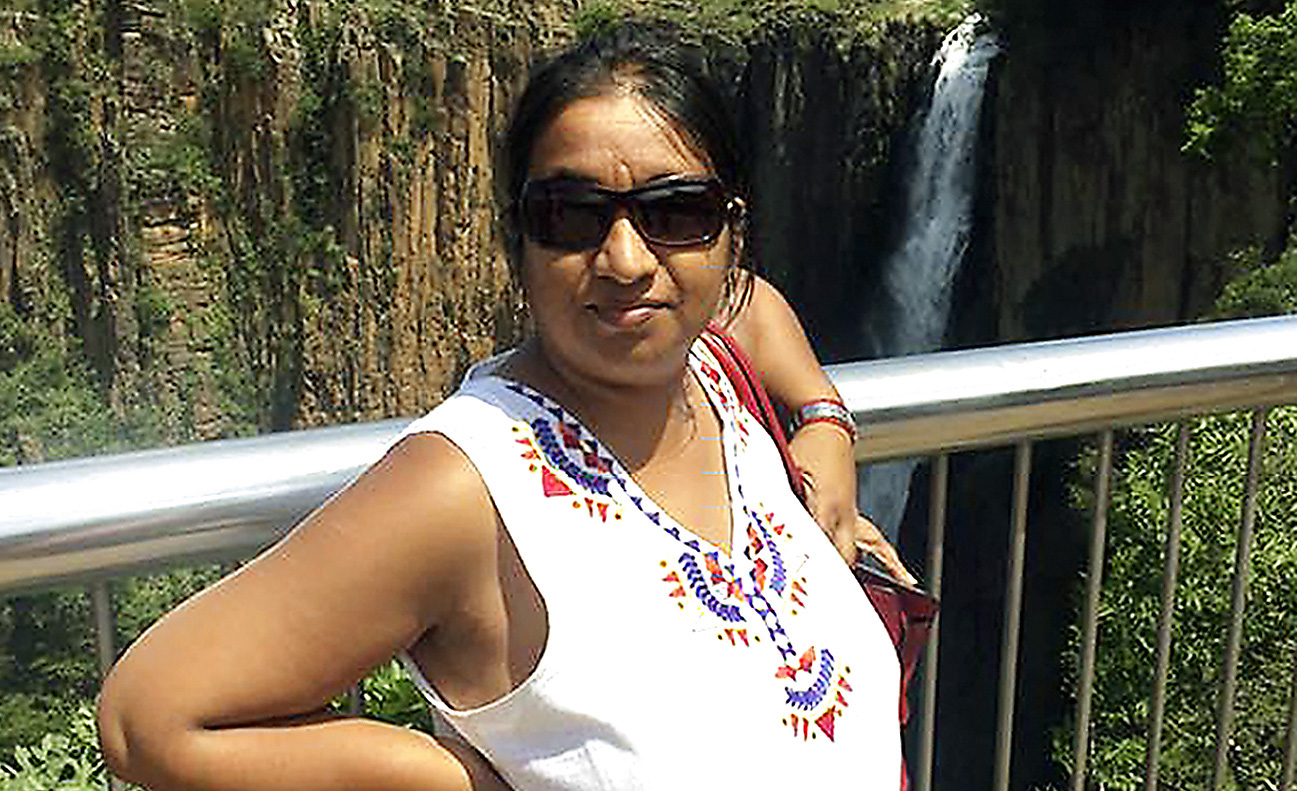 On Monday 23 August, Babita Deokaran, a senior Gauteng Department of Health official, was gunned down outside her home in Mondeor, Johannesburg, just after 8am. (Photo: Facebook)

The intricate web of clues to who ordered the assassination of Gauteng Department of Health senior finance officer Babita Deokaran is becoming more complex and shows possible links to a politically connected Gauteng mafia, according to highly placed sources who worked on an earlier investigation where the official was a whistle-blower.

The puzzle pieces lay scattered at a bloody crime scene on Monday, 23 August, around 8am when Babita Deokaran was shot and executed outside her home in Winchester Hills, Johannesburg.

Six accused from KwaZulu-Natal have since been arrested in connection with her murder. The accused — Phakamani Radebe, 29, Sanele Mbele, 25, Simphiwe Mazibuko, 24, Zitha Radebe, 30, Phakanyiswa Dladla, 25 and Nhlangano Ndlovu, 25 — face charges of murder, attempted murder, conspiracy to commit murder and the illegal possession of a firearm and ammunition. More charges will be added once the indictment has been finalised.

Since Deokaran’s murder, it has emerged that she was a key witness in a Special Investigating Unit probe into the R332-million PPE scandal at the Gauteng Health Department.

Her witness statement, allegedly laying bare the money trail that implicates prominent individuals, appears to be the motive for taking her out of the equation, a source told Daily Maverick.

Further investigation revealed that Deokaran’s investigation could be linked to a scandal that rocked the very same health department in 2011.

An investigator who was part of the 2011 probe, speaking on condition of anonymity, said: “In 2011 the Asset Forfeiture Unit (AFU) recovered R1.5-billion. It was the biggest recovery investigation into corruption at various government departments.

“Deokaran’s probe into the Gauteng PPE corruption is much wider. Her investigation showed a link between the 2011 probe and the latest investigation.”

This group, the source said, is allegedly behind Deokaran’s murder. One of the alleged mafia members allegedly owns properties in Cape Town, Franschhoek and France.

During a Scopa briefing in March 2017, the head of the National Prosecuting Authority (NPA), the Hawks, the Financial Intelligence Centre, SARS, the Attorney-General, the Department of Justice and the Independent Police Investigative Directorate — all of whom form part of the Anti-Corruption Task Team — briefed Scopa on cases referred to them by various government departments.

At the time Shaun Abrahams, then head of the NPA, said that “recoveries by the Asset Forfeiture Unit spiked to R1.553-million as a result of the Gauteng Department of Health matter.” This was the biggest recovery at the time.

The Hawks were approached for comment about the politically connected Gauteng mafia, but failed to respond.

On Tuesday, 5 October, the bail application was set down for argument in the Johannesburg Magistrates’ Court for the second time. But the matter was postponed due to the recording mechanism not operating properly.

At the time of the postponement, National Prosecuting Authority Gauteng spokesperson Phindi Louw indicated the State is ready to present arguments for bail purposes.

But the State, she said, is not ready for trial. The investigation is still ongoing, ballistic reports and forensic reports are still outstanding and outstanding affidavits need to be obtained before the State can finalise the indictment.

Bail proceedings in terms of the Criminal Procedure Act are sui generis. Allegations are still being investigated.

The middlemen and the person(s) who allegedly orchestrated the hit are still roaming the streets and their names will be added to the charge sheets once they have been apprehended.

Although not all the six accused fired the fatal shots on Monday, 23 August, it is the State’s contention that each played a role in the successful execution of the alleged plot to murder Deokaran.

The charges proffered against the accused are listed as Schedule 6 offences of the Criminal Procedure Act. Due to the seriousness of the offences, the State contends that the matter be considered in terms of section 60(11)(a) of the act, and the court orders the accused be detained in custody until they are dealt with in accordance with the law.

If convicted, the accused will face the prospect of the imposition of a prescribed minimum sentence of life imprisonment.

The evidence the State will lead in argument will include witness statements showing that the accused purportedly carried out surveillance at Deokaran’s home a month before the murder. This suggests that her murder was meticulously planned.

Another vital piece of evidence at the State’s disposal is the eyewitness account of a person who was with Deokaran on the day of the killing.

The merits of the State case will not be aired. The State’s main argument for opposing bail is that they have a prima facie case against the six accused, that they are a flight risk and will flee once released on bail.

The defence, on the other hand, will argue on behalf of the six accused to place a high degree of trust in them and order their release from detention.

The question is whether their application is merit-worthy of that level of trust. It is the State’s submission that the answer to this is a resounding “no”.

The bail hearing for the six accused is scheduled for Tuesday, 2 November. DM/MC