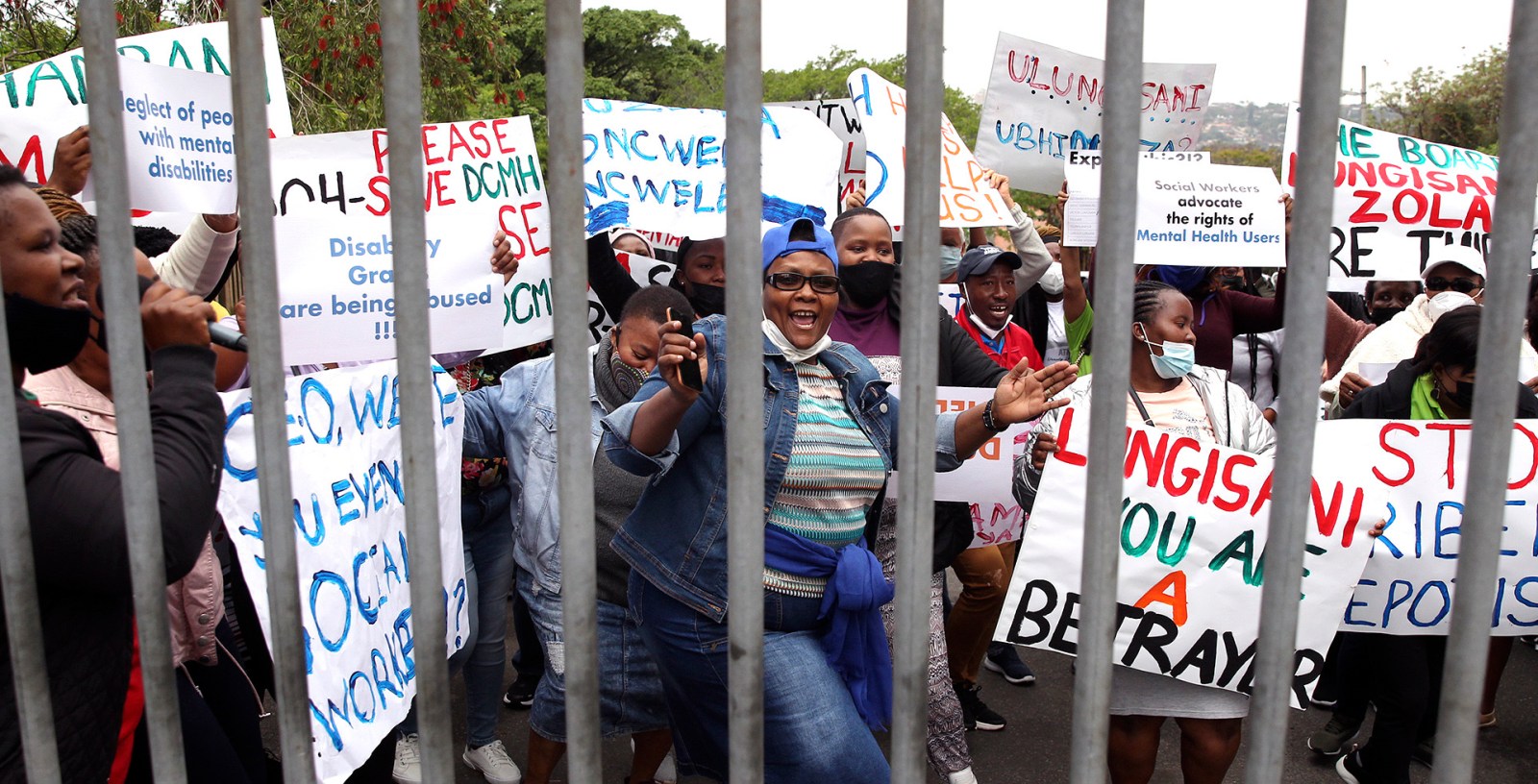 Maverick Citizen is in possession of an Independent Investigative Team (IIT) report on the state of the Durban and Coastal Mental Health (DCMH) commissioned by the KwaZulu-Natal Head of Department which states that it was submitted on 10 September 2021.

The report says that the scope of allegations to be investigated covered “financial mismanagement, service user abuse and poor quality of care”. It was also based on “concerns raised by the South African Federation of Mental Health (SAFMH) on the state of DCMH”.

The report says that in June 2018 the HOD received a letter from whistle-blowers alleging impropriety and user rights violations at DCMH. In response to the allegations, the HOD appointed an independent team consisting of members with varied expertise to investigate the allegations which culminated in a report produced in 2019.

In 2019 DCMH is said to have started facing financial issues in the midst of a shrinking economy – a decrease in government spending and decrease in donor funding – and a new board began implementing recommendations made by the Department of Health (DOH) which included the termination of long-standing service provider contracts and the appointment of new executive management. This led to the establishment of this investigation in May 2021.

In 2020, DCMH was again under the spotlight, with negative publicity and similar whistle-blower allegations reflecting that they had not implemented the recommendations of the 2019 report.

The report quotes KZN Department of Social Development MEC Nonhlanhla Khoza as having said, after visiting DCMH in May this year: “It is shocking to see how the board has run the affairs in that institution. The appointment of service providers who have no contracts is one of the concerns. The institution is unable to perform its responsibility very well. It is clear that there has been mismanagement and misappropriation of funds in the institution.”

The report further highlights evidence of a lack of control systems such as improperly convened special general meetings and changes to the board, as well as anomalies such as the absence of audited financial statements and the use of service providers that are non-compliant with tax legislation but are not flagged by authorities. As one of the organisations funded by the DOH, it is required to submit monthly expenditure reports to ensure continuation of funding, yet these reports didn’t seem to raise any red flags.

In the report Phewa describes DCMH as having “compromised quality of care, abuse, neglect and other human rights violations of service users”.

On Tuesday 5 October staff at DCMH staged a protest at the facility decrying what they say is mismanagement of the facility which goes as far back as 2018, when a new board and CEO were appointed.

“Families and community members are outraged at the abuse and gross neglect of persons with mental disabilities by the present governing board headed by the chairperson Standiwe Mkhize, the previous chairperson Sipho Shezi, CEO Lungisani Mthiyane and COO Zola Ngidi,” read the memorandum. It also said that the board had been prioritising self gain over the wellbeing of mental healthcare users.

On Thursday 8 October Liesl Muhl, who is a family committee member co-opted onto the current board, told Maverick Citizen that the CEO had organised nine security guards to guard and lock the gates at DCMH, refusing staff and service providers entry into the facility.

Muhl said DCMH CEO Lungisani Mthiyane told her that if they opened the gates the staff were going to storm the place. “Only later when we made a big scene did they open the gates,” said Muhr.

Muhl said that she was extremely worried about the condition of the facility and wellbeing of mental healthcare users. “Some of our facilities are sad, hey – the roofs are leaking, there are bed bugs and termites eating the wood,” she said.

“All I can say now is, please, not another Life Esidimeni… It’s not about the board members, it’s about the mental healthcare users,” said Muhl.

The report makes several damning findings, including that:

Responding to Maverick Citizen’s request for comment, DCMH CEO Lungisani Mthiyane opted to respond with a media statement published on Friday 8 October stating that the protest held by DCMH workers was not protected and therefore illegal.

The statement went on to state “DCMH did place on suspension the Chief Operations Officer, Miss Zola Ngidi after allegations were made against her. This matter is in a court of law. The labour court has ruled the COO be reinstated and the matter continues in court. We can not comment further.”

“The current CEO of DCMH is not under investigation; however his performance has been reviewed and a decision has been made.” The statement also claimed, “The CEO also should be protected under the same law protecting other workers.”

Maverick Citizen asked the KZN Department of Health for comment but the department had not responded at the time of publication. DM/MC