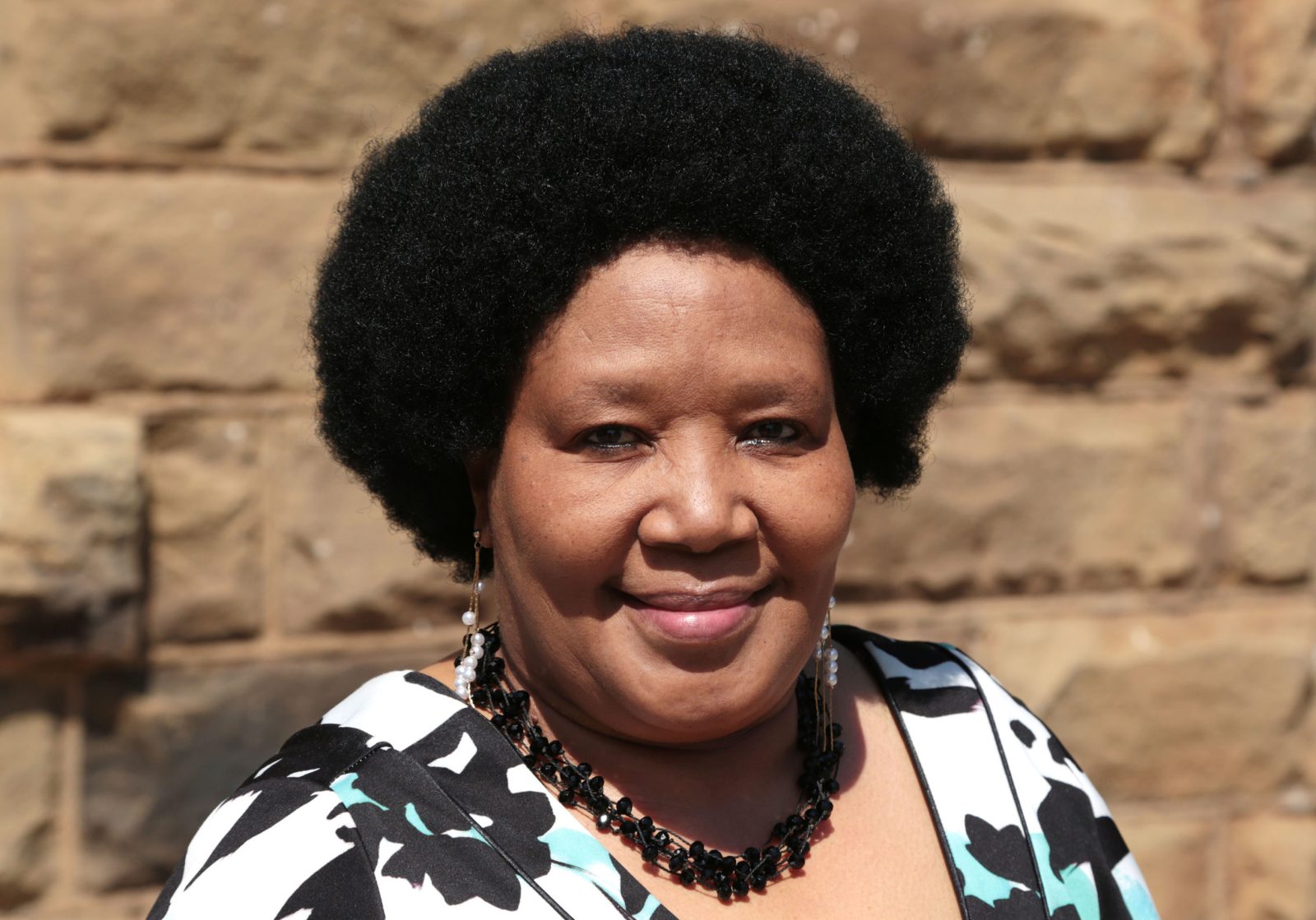 ‘We do not play around when it comes to the Treasury’s instructions,’ says Senqu Mayor Nomvuyo Mposelwa. Her municipality is one of only 27 (out of 257) that has achieved a clean audit. 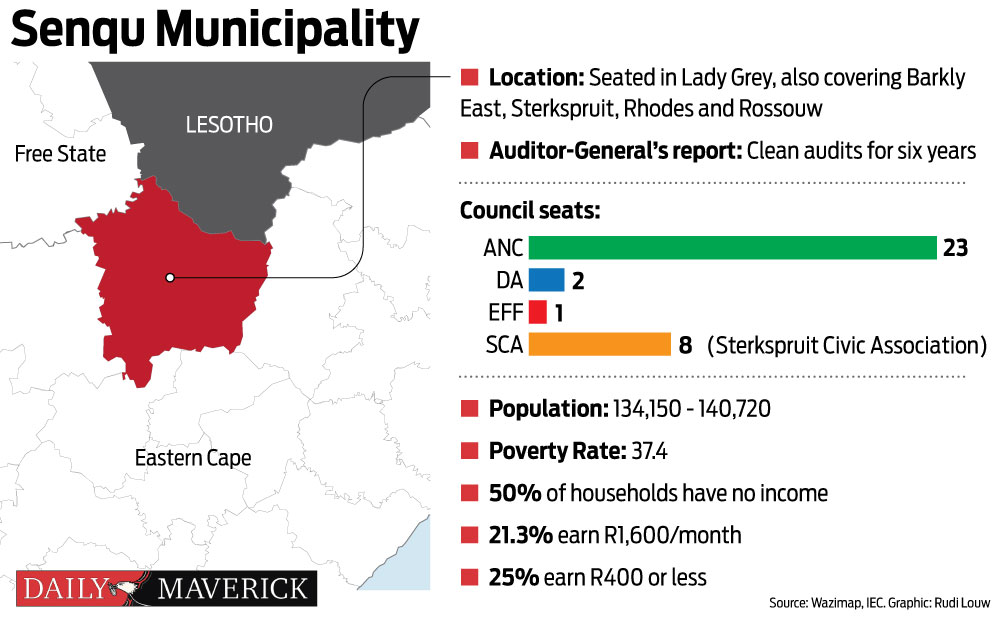 When Mayor Nomvuyo Mposelwa talks about her municipality’s exceptional performance of six straight unqualified audits, she talks about people, not numbers.

The Senqu Local Municipality, which is based in Lady Grey in the Eastern Cape, has sustained its unqualified audit for six years. It is a rare feat in a province where local government mostly finds itself in different stages of collapse.

“We are going for a seventh year now,” Mposelwa said.

An unqualified audit by the Auditor-General means the municipality’s financial statements contain no “material misstatatements” and no information is incorrect or missing. In a sad indictment of the state of local government and service delivery in South Africa, Senqu is one of only 27 clean audits out of out of 257 countrywide.

Mposelwa has served two full terms as mayor and is only the third mayor for the municipality since its inception.

“The stability of the management team in this municipality is very important,” she said. “We have a lot of senior officials and it brings a lot of stability. It is good to get a clean audit but it is something that is very difficult to sustain. We will hold the record for seven consecutive clean audits if we get this one.”

Mposelwa said she moved to the Senqu district, named after the Sesotho word for the Orange River, “for love”.

“I grew up in Butterworth in the Eastern Cape and went to college to qualify as a teacher. Then I met my husband and that is how I ended up here,” she said.

Before entering politics 10 years ago, she was the deputy principal of Tlokweng Senior Secondary in Sterkspruit.

She said, in both her careers as a teacher and a politician, improving the lives of children was uppermost in her mind.

Mposelwa said the municipality, located in a remote rural area, only had a single accounting officer, Maxon Yawa, who is the municipal manager.

“He is rich in knowledge about the municipality. He has been here since 2001. We only had three mayors. We don’t chop and change over here.  Our senior managers have a minimum of 15 years’ experience. There is also great stability both politically and administratively,” she added.

She said they all worked together to foster a culture of accountability in the municipality. “We are big on consequence management. We all pull together.”

Most particularly, they all make sure that the municipality complies with every bit of legislation from the Treasury. “We do not play around when it comes to the Treasury’s instructions. We do every single thing the Treasury tells us to do.”

She said, although there was a focus on strategy and governance, they also celebrated when things went well.

“If the administration is doing well, we acknowledge that,” she said. “We also don’t do rush jobs. We make sure that our financial statements are prepared well in advance.”

When asked about the vision for the next five years, Mposelwa said  she had one message that carried through from the municipality’s integrated development plan to her vision for the area.

In her foreword to the integrated development plan for the municipality, Mposelwa states: “The vision of council for the next five  years is to ensure that the municipality delivers the services that it is tasked to render and remains financially viable by collecting revenue from residents who are able to pay for services and subsidise those who are unable to afford to pay for services.”

Simple and to the point, but not an easy feat for one of South Africa’s poorest areas. The municipality has a population of between 134,150 and 140,720 people and a poverty rate of 37.4%. About half of the households have no income and a quarter earn R400 or less a month.

“It is not a problem for me that this is a very rural municipality. I don’t mind going to sit with the people in the villages. It is very important to me that we hear what all our stakeholders have to say. I grew up in a rural area. I know the importance of sitting down with people and listening. You must listen to what people think,” Mposelwa said.

She said her proudest achievemen­ts at Senqu included building bridges so children don’t have to wade across rivers to get to school, linking villages to hospitals with roads and overseeing the construction of sport facilities and cultural halls.

The impression the municipality makes under her watch is one of attention and neatness. Unusual for a South African municipality is that the website is up to date. Documents are available. The streets and the towns are clean and neat.

Public works jobs, especially those to clean up the towns, were equally distributed among those who were looking for a job.

“We make sure that everyone benefits.”

Mposelwa said her municipality had been asked by the South African Local Government Association (Salga) to share their knowledge and how they do things.

The Elundini Municipality, which is based in Nqanqa Rhu (formerly Maclear), came to them to ask for help. “We helped them and now they have received a clean audit too.”

Other Eastern Cape municipalities such as Emalahleni and Sakhisiswe are also asking to learn from the Senqu success story.

Despite their successes in governance, the municipality is not without its problems.

“Most of our people live on grants. It is difficult for us to generate revenue,” Mposelwa said. “We are constantly looking at ways to make the finances work and generate more money.” The biggest need in the municipality was for houses.

When asked, not even the Democratic Alliance in the province could find fault with the municipality’s management.

“There is nothing I know about,” said Vicky Knoetze, the party’s spokesperson for cooperative governance in the province.

The residents of the municipality also said that one gets the feeling in the towns that “everything is going according to plan”.

“What I can tell you is that I recommend Senqu municipality. Young people have been employed through the cleaning project, the streets are clean, there is a road being built between Aliwal North and Barkly East and a lot of young people are employed there too,” resident Mpho Makgetha said.

“When you come to Lady Gray in the week you will always find young people cleaning the streets,” she added.

Mario Smit, 24, said even though life had its ups and downs in town, it was “lekker” – “We get water and electricity all for free. And the municipal services. I think their service is very good. Every now and then it is not so great. Everything works here. They have a project here to clean the street. Work is very scarce here and money is little.”

Despite her great success as mayor, Mposelwa, who is an ANC member, said she did not expect to become mayor again after the upcoming local government elections. “It will depend on my party. I am on the PR councillor list. I am happy to serve again.”

The council is currently dominated by the ANC, but the DA and the Senqu Civic Association also hold seats.

Several other parties are competing for seats in the local government elections, including the DA, Freedom Front Plus, the United Democratic Movement, the citizen’s movement the Sterkspruit Civic Association, six independent candidates, the PAC, the EFF and the Arusha Economic Coalition. DM168