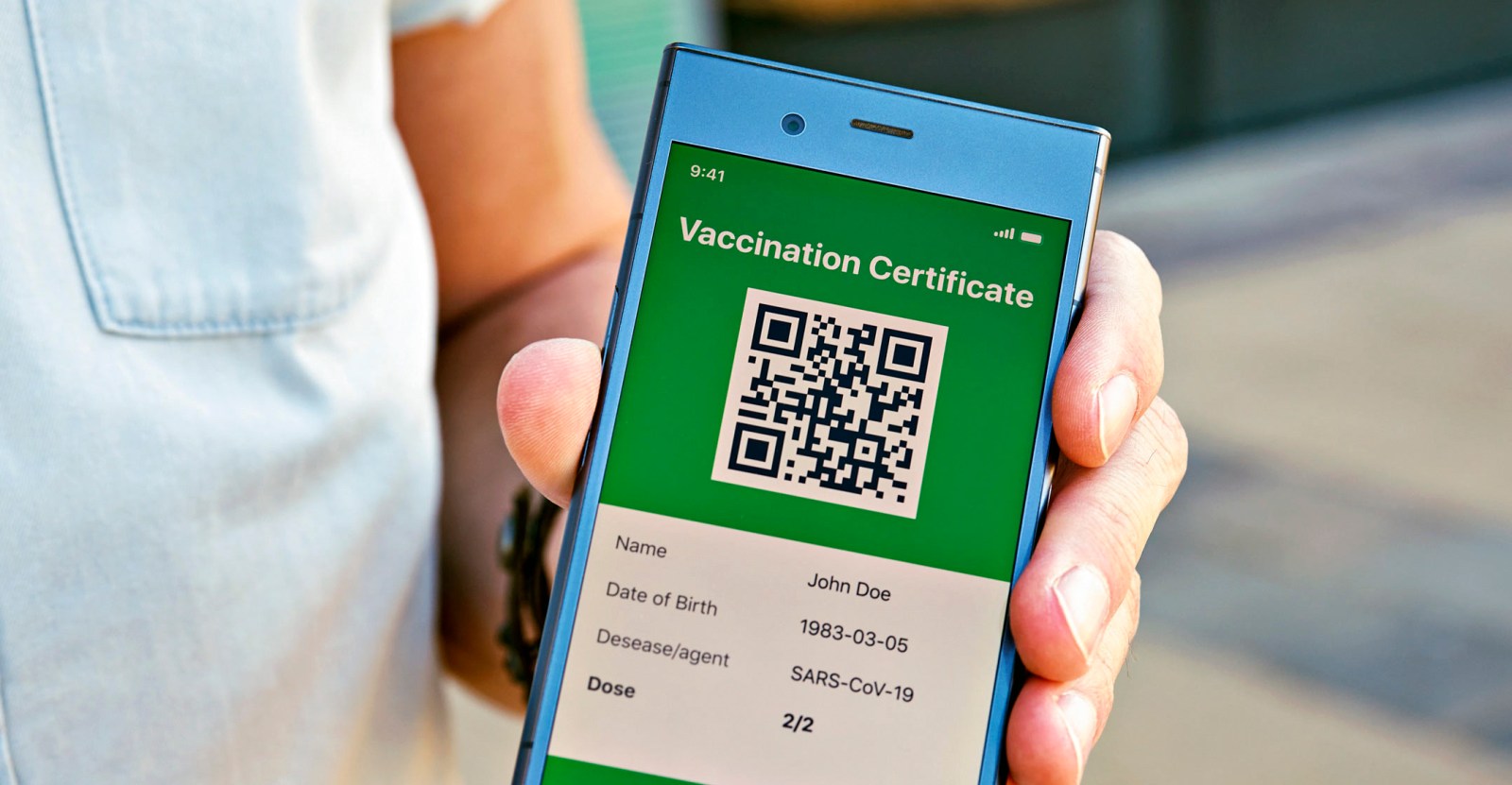 South Africa's Department of Health on Friday officially launched a digital vaccine certificate for those who received the Covid-19 jab. (Photo: techcentral..co.za/Wikipedia)

The Department of Health launches proof of vaccination passport for South African travellers, regarded as the first phase in developing a secure digital vaccine certificate for all South Africans.

The Minister of Health, Dr Joe Phaahla announced on Friday morning that the digital vaccine passport, officially launched this morning, will be accepted by the United Kingdom as proof of vaccination and travellers will not be required to quarantine.

South Africa was removed from the UK’s red list on Thursday evening (7 October) which will open up travel and tourism opportunities.

The digital certificate was formally launched during a media briefing on Friday 8 October.

“It has been in the testing phase, but many people have already uploaded it to their cellphones,” Phaahla said.

He said this was the first phase in the development of a secure digital vaccine certificate and there will be improvements going forward — especially on the safety and security of the certificate.

He said the vaccination certificate will also be a “tool to enable vaccinated people to access opportunities that service providers will make available in sport and recreation, for discounts, prizes, entertainment and music festivals”.

“I am happy that we have been taken from the red list but even more excited that the UK will recognise this certificate that we are launching this morning. This will allow travellers from South Africa to enter the country without having to go into quarantine.”

The project manager for the country’s electronic vaccine system, Milani Wolmarans said after many queries and calls made by South Africans who either lost or deleted their vaccine codes, they have decided to send out SMSes with vaccine codes over the next four days to everyone who has received their vaccine.

She said those who accessed their vaccine certificates early would notice that it had an expiry date. This, she said, did not refer to the vaccine but to the validity of the certificate.

“It has created confusion,” she said, adding that the design of the certificate will be enhanced over time and it will then have to be downloaded again.

“It is with a deep sense of relief that I can say that we have exited the long-drawn third wave. It has lasted much longer than the previous two waves” Phaahla said. He said the third wave lasted more than 110 days in comparison to the 80 days of the first wave and 90 days of the second wave.

He said the number of new infections has consistently been dropping and there has been another reduction of 33% in the last seven days. A similar trend was seen in hospitalisations.

“This is very welcome news,” Phaahla said. “Even more encouraging is the fact that we have seen a serious decrease in reported deaths.”

He said the daily positivity rate (the percentage of tests being positive) remained below 5% and has been around 3% in the last seven days except in the Northern Cape and Free State where the positivity rate still is more than 5% on some days.

He however warned against thinking that the pandemic is over.

“The virus remains in our midst. Yesterday, nationally, we only registered 989 new infections. That is a lot of progress,” he said, adding that in July the country saw more than 20,000 new infections a day.

Phaahla said that there were still 885 people in hospital intensive care units in South Africa and 465 on ventilators.

He said after a drop-off in the past two weeks the country has managed to get back to administering around 200,000 vaccines a day for the last two days.

So far, Phaahla said they need another 530,000 people over the age of 60 to be vaccinated in order to reach a 70% vaccination total for this specific age group.

Tshifhiwa Tshivhengwa, the CEO of the Tourism Business Council of South Africa, said they are currently conducting surveys to understand the levels of vaccination in South Africa’s tourism industry but that the industry was “getting on with it”.

“Our removal from the UK’s red list is great news but we have a lot of work to do,” he said. He said the majority of people working in the tourism sector must be vaccinated to establish trust.

Tshivhenga said 470,000 jobs in the sector were lost or became dormant, with people waiting to return to work, since the start of the pandemic.

He said the sector was looking forward to trading over the December season.

The acting director-general for the Department of Health, Dr Nicholas Crisp said they are currently analysing statistics relating to the hospitalisation of vaccinated and unvaccinated patients for complications due to Covid-19.

He said while the statistics varied between provinces, he can say that in general fewer than 20% of patients admitted to hospital are vaccinated and, for instance, this week in Limpopo no vaccinated patients were admitted. DM/MC