The ACDP is not opposed to vaccines, but we are opposed to mandatory Covid-19 vaccinations 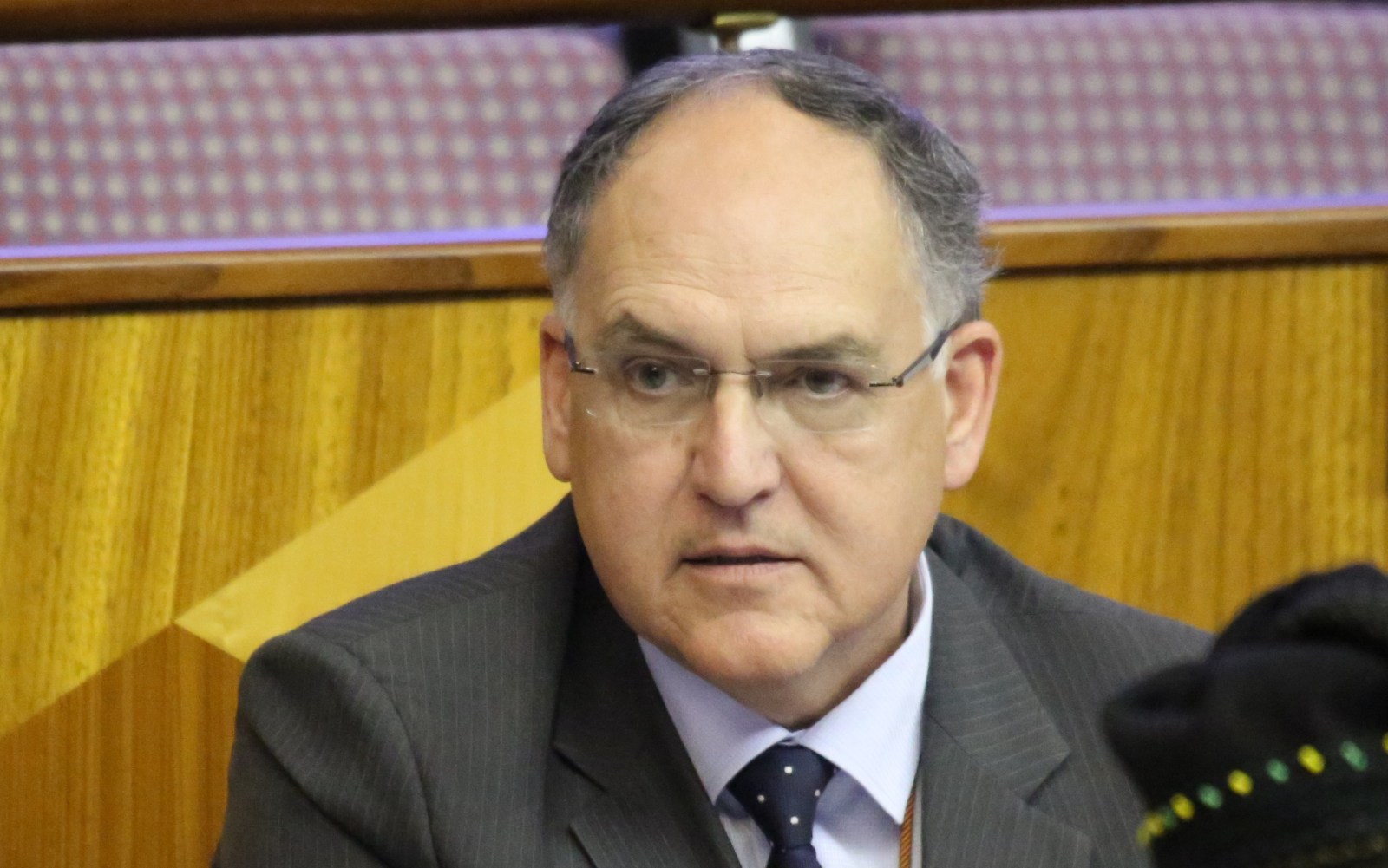 The ACDP has objected to articles in Daily Maverick and elsewhere that it says caricatures the party’s stance on ivermectin and Covid-19 vaccines. The party says ‘it is therefore not because we are vaccine conspiracists — we are not — but because we are freedom-loving South Africans that we oppose the implementation of mandatory Covid-19 vaccines’.

On 11 September 2021, Daily Maverick published an article titled “Troll the Polls: An A to Z of South Africa’s local government elections in November”. The article promised to provide the reader with “all the vital information you need” towards the upcoming municipal elections. Instead of informing readers, the article parodied and reduced the views and programmes of political parties, including the ACDP. South Africans could do with some humour in these challenging and unprecedented times. However, when it distorts the beliefs of others, humour can do a disservice to the democratic good.

Furthermore, while presenting and consuming only “vital information” may appear beneficial in a hurried age where people are drowning in information, this approach to knowledge management carries the risk of oversimplification. This is what has happened in a further piece, published in Daily Maverick on 19 September 2021. The opinion piece, “Disinformation in the time of Covid-19: Vaccines and political parties”, penned by Media Monitoring Africa, unfortunately, falls into the burgeoning trap of trivialising dissimilar views as “disinformation”.

The argument proceeds to criticise the ACDP regarding its support for ivermectin. This after the ACDP and other litigating parties against the South African Health Products Regulatory Authority (Sahpra) and the minister of health have always correctly maintained, and Sahpra agreed, that there is no evidence to gainsay the safety of using ivermectin human-use medicine (compounded or in tablet brand) in human beings. In fact, its safety is generally uncontroversial and ivermectin medicine has been used without prescription as a prophylactic for decades. The ACDP is proud to have been part of a successful campaign, which included litigation, to make ivermectin more broadly accessible in the country.

Influential media platforms, such as this one, have the important role of informing the public. The media should drive discussion and thereby expand views through facilitating debate. It should accordingly be careful of careless distortion in the name of certain views. Doing so is dangerous in a world of complex problems (with implications for governance), of which honesty and truth are increasingly casualties. Readers must be circumspect when deciding what constitutes “vital information” and what does not. Unfortunately, the articles mentioned here applied an oversimplified approach to a serious and compounded issue.

This kind of approach does little to encourage support for the kind of nuanced and open, vibrant debate we believe is needed in democratic South Africa. This is especially the case now, at this moment when authoritarian thinking, as it pertains to our society’s handling of the Covid-19 pandemic in particular, appears to be on the rise.

In the early stages of the pandemic, Rev Dr Joseph Boot, founder of the Ezra Institute for Contemporary Christianity in Canada, wrote, “We are obligated to calmly ask, when drastic actions take hold now to mitigate the spread of this virus strain, what outcomes lie ahead for the sick, the poor, the unemployed, as well as the socially isolated? And what political and societal fallout might we be exposed to?”

Referring to the suspension of civil liberties, Boot argued, “what are often billed as temporary measures have a way of hanging around after a crisis, setting precedent for the next thing a given state deems to be a threat to public health and safety.”

In April 2020, the Office of the UN High Commissioner already referred to South Africa’s lockdown measures as “draconian” and “repressive”, reflecting a “toxic, lockdown culture”. What then of the more recent and growing calls for mandatory Covid-19 vaccinations?

The ACDP is not opposed to vaccines. They have been shown to be effective against a range of severe and widespread health problems around the world, for many years. As with all vaccines, however, we require that they must be voluntary and that the person being vaccinated is fully informed of the contents as well as the proven indications and contraindications of the vaccine, before giving informed consent to be vaccinated.

In February, President Cyril Ramaphosa said, “nobody will be forced to take this vaccine. Nobody will be forbidden from travelling, from enrolling at school, or from taking part in any public activity if they have not been vaccinated”. This promise is under attack as some sectors call for a forced vaccine regime. Responding to a question by ACDP President Kenneth Meshoe, Ramaphosa recently repeated that no one should be forced to be vaccinated. In managing the situation, he referred to the directions issued by the Department of Employment and Labour. These directions clearly task employers with the responsibility to accommodate employees who refuse Covid-19 vaccination on medical and constitutional grounds.

According to the South African Human Rights Commission (SAHRC), these directions cannot simply be overlooked. While it is incumbent upon employers to find reasonable resolutions, it has recently emerged that some companies will proceed with a mandatory vaccine regime. Discovery is one such company. It has proceeded in an expansive public relations campaign to falsely project itself as a champion of the people. The people are, however, always constituted of individuals. We cannot allow smart wordplay to deny individuals their fundamental rights.

According to the SAHRC Chairperson Advocate Bongani Majola, companies “cannot just singly take away the fundamental rights of the people. There has to be some law that allows them to do that.” We encourage any employee that has been forced to vaccinate to follow Majola’s invitation and take action against their employers.

Professor and Director of The Centre for Medical Ethics and Law at Stellenbosch University, Keymanthri Moodley, in her argument for mandatory vaccination, cites the common good and the public interest, arguing, furthermore, that the “country’s Constitution and several pieces of legislation provide for” it. Again, what is argued to be in the common good and the public interest cannot be used to override individual rights, especially not in a constitutional democracy. Moodley’s argument is especially noteworthy considering the SAHRC statement that “it is unconstitutional for companies to force employees to vaccinate against Covid-19.”

The ACDP has served the people of South Africa in Parliament and throughout society since 1994. Our value-based approach does not interfere with our belief in the primacy of debate. It is, therefore, not because we are vaccine conspiracists — we are not — but because we are freedom-loving South Africans that we oppose the implementation of mandatory Covid-19 vaccines. Making vaccines mandatory runs against the primacy of the rights of the individual. Section 12(2) of the Constitution clearly enshrines the right to every person’s bodily integrity. Mandating vaccines violates the sovereign right of individuals over their bodies. Were a regime of vaccination to be made compulsory today, it opens the door to further invasions upon our privacy.

People do not only have a fundamental right to bodily integrity, they also have the right to form and freely share their views. It is important that when considering comprehensive social affairs, that open and respectful debate takes place. Unfortunately, when discussing the topic of vaccines, the conversation has become hostile and partisan. Instead of being allowed to raise objections and thereby practice their aforementioned rights, many voices that are critical of mandatory vaccines are increasingly being sidelined and ridiculed.

Coming from an intolerant and divided past, South Africans should know better than to dismiss the views of others, and to treat others as inferior. Diverse views espoused by differing individuals are what is required to come to grips with this unresolved and unfolding pandemic.

Instead of being indisputable, as it is often argued, a mandatory vaccine regime is not recommended by all scientific experts. To make this conclusion disregards the very scientific approach it espouses. Vaccine administration is not a medical necessity in all cases. Some people are naturally immune, others have acquired immunity after contracting and recovering from Covid-19. Both areas are demonstrated by antibody testing. In these cases, it is not only medically unnecessary to be vaccinated, but by ordering unnecessary procedures it violates best practice and medical ethics.

We cannot simply propose that that which is best for some, is best for all. Some may pretend that lumping all people together is in everyone’s best interest. This is not only disingenuous. It is democratically dangerous. Democracies are effective when various opinions are raised. Such a variety refutes narrow perceptions. Therefore, allowing democracies not only to be more representative but also superior in understanding and solving societal problems. With its ongoing permutations, Covid-19 clearly requires dynamic and democratic solutions. As the virus evolves, our adaptive strategies must stem from South Africa’s constitutional norm of being inclusive and diverse. We must do so because it is in the interest of our nation, even if it is unpopular. DM

Steve Swart has been a member of the South African Parliament since 1999. He writes on behalf of the African Christian Democratic Party.