Outpouring of love and well-wishes as Desmond Tutu turn...

Outpouring of love and well-wishes as Desmond Tutu turns 90 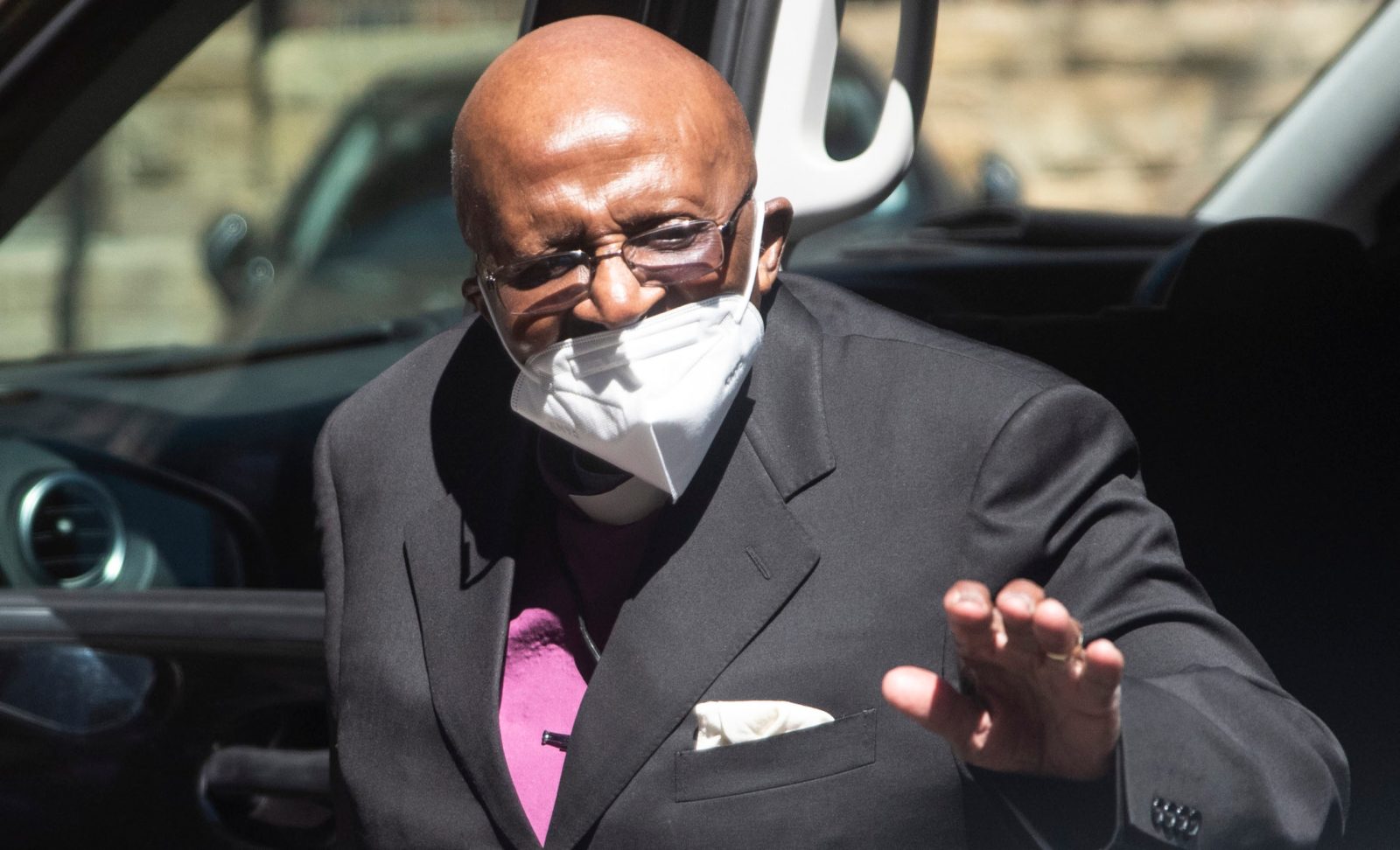 In celebration of his 90th birthday on Thursday, Archbishop Emeritus Desmond Tutu made a rare public appearance at St George’s Cathedral in Cape Town, to attend a special thanksgiving service.

In his trademark purple shirt and white collar underneath a black suit, the anti-apartheid icon and Nobel Peace Prize laureate arrived in a wheelchair alongside his wife, Nomalizo Leah Tutu. Among the family members present at the event were two of the couple’s daughters, the Rev Mpho Andrea Tutu van Furth and Naomi Nontombi Tutu.

The intimate midday service, restricted in attendance because of Covid-19 regulations, began with Happy Birthday sung by the entire assembly. Tutu, although frail and unable to stand up from his wheelchair, applauded reverently in the front row.

The archbishop has struggled with ill health in recent years, which has played a part in his decision to largely bow out from public life.

Welcoming members of the public, the Rev Michael Weeder expressed deep gratitude and well-wishes towards the archbishop on his birthday, saying: “May this Eucharist be an ongoing way of saying thank you to God for the way in which you have been present in our lives.”

Cleric and anti-apartheid activist Dr Allan Boesak, who led the service and who affectionately referred to Tutu as his “friend and brother”, said that Tutu, despite “seeing it all… has always given us hope”.

“Your leadership of the South African Council of Churches was a wake-up call to the church, as it was an alarm bell ringing for the apartheid regime. After the vicious repressions of the 1960s, after the Sharpeville massacre, they thought they had silenced the church, but God had other plans and you came and you woke up the church, you shook the church up,” said Boesak.

Upon leaving the cathedral, Tutu, who was awarded the Nobel Peace Prize in 1984, was greeted warmly by friends who attended the service.

Addressing the media after the service, Tutu’s daughter Mpho said she was “incredibly grateful” to be able to spend the day with her father on his 90th birthday.

“We’re so incredibly grateful for the love and the prayerful support that my father has had for his life, his work, his ministry. He couldn’t have done all he has without the love, support and prayers of so many people.

“I couldn’t be more grateful for my father’s life [and] the work he has done in the world. It has made a real difference in many lives, and I am incredibly grateful.”

Tutu van Furth described the mood as “celebratory” and added that several family members had travelled to be with the archbishop on his birthday.

“It is wonderful. We have family members travelling from near and far to be with him. It’s not every day that you get to turn 90 years old and so that is an incredible blessing for us to be able to celebrate and enjoy the day with my parents,” she said.

“In another year, without Covid-19, it might’ve been a bigger celebration, but it is a loving and a warm celebration.”

On Wednesday, the Archbishop Desmond Tutu IP Trust said that a “deluge of love and well-wishes from individuals and organisations around the world” had been “pouring in” ahead of the archbishop’s 90th birthday on Thursday.

In a congratulatory message on Thursday, President Cyril Ramaphosa lauded Tutu “for his role as a fighter in the cause for human rights, for equality and for social justice in the 59 years since his ordination”.

Ramaphosa further “expressed his deep regard to Archbishop Tutu for a life that has been well-lived in honesty, integrity, fearlessness and service to humanity in South Africa and globally”.

We extend our warmest congratulations to Archbishop #DesmondTutu who celebrates his 90th birthday today. You continue to remind us that fellowship, solidarity, charity & compassion for the vulnerable are values common to us all, and we should strive to live by them each day. pic.twitter.com/0WaNLucZKu

The celebration of the archbishop’s milestone birthday will continue and is being marked by a series of events organised by the Desmond and Leah Tutu Foundation, including the online presentation of the 11th Annual Desmond Tutu International Peace Lecture on Thursday evening.