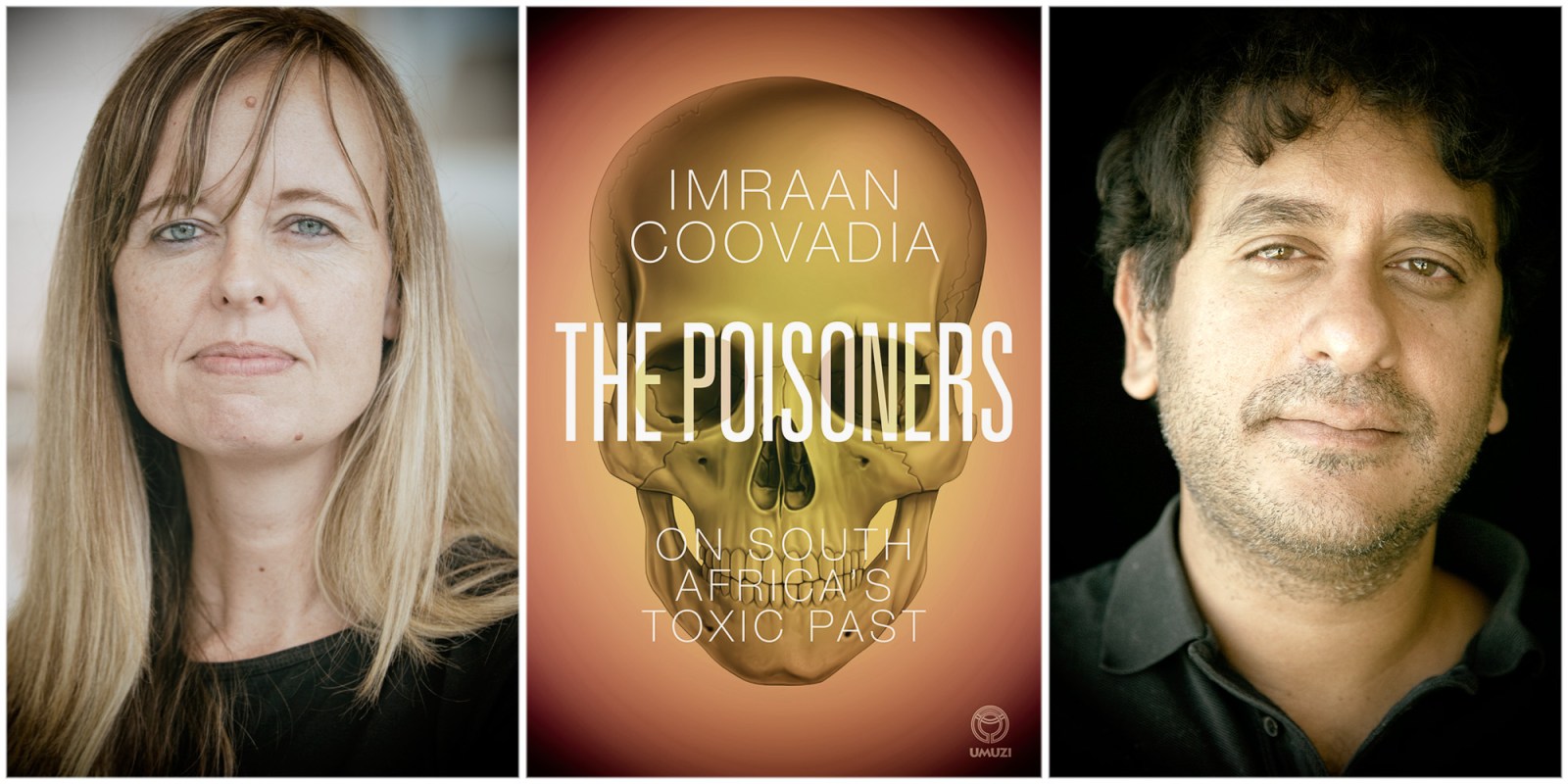 It’s common knowledge that Russian intelligence agents use poison as a political weapon, but how much do we know about South Africa’s fraught and frightening history of poisonings and accusations of poisoning? Award-winning author Imraan Coovadia’s new book delves into our country’s toxic past.

If you recall the poisoning of Russian opposition leader Alexei Navalny, the event seemed like something out of an espionage film.

In August 2020, Navalny was said to have been poisoned with the extremely toxic Soviet-era chemical weapon Novichok when he collapsed on a flight from Siberia to Moscow. He was allegedly poisoned by Russian intelligence agents via his underwear.

Closer to home, Deputy President David Mabuza has been seeking sporadic medical treatment in Russia after claims he was poisoned at his birthday party in 2015 while he was Mpumalanga premier.

Truth is certainly stranger than fiction…

Throughout history, poison has been a prominent, fascinating (and equally disturbing) feature, one which award-winning author Imraan Coovadia explores in his latest book, The Poisoners: On South Africa’s Toxic Past.

On Wednesday, he sat down with Daily Maverick senior journalist Rebecca Davis for what proved to be a witty and intriguing conversation.

“It’s worrying that as far as I can tell I’ve become the number one expert on biological weapons in southern Africa without any training,” Coovadia joked.

The book exposes the secret use of poisons and diseases in the Rhodesian bush war and independent Zimbabwe, and the apparent connection to the 2001 anthrax attacks in the US. Coovadia also looks into the history of poisoning and accusations of poisoning in the modern history of the ANC.

Coovadia, who is the director of the Centre for Creative Writing at the University of Cape Town, said that as a storyteller, poisoning was something to explore, since it “occupies a certain place in our imaginations”.

When asked whether the hesitancy around Covid-19 vaccination could be linked to the collective fear of poisoning, Coovadia said this was possible, given the fact that science and technology have been misused in the past.

“Scientists also need to discuss the failures of science and the kinds of things scientists have been complicit in.”

In South Africa, a 2019 documentary titled Cold Case Hammarskjöld alleged that an apartheid-era paramilitary organisation, the South African Institute for Maritime Research, under Keith Maxwell, conducted experiments on black people and administered vaccines contaminated with HIV in an attempt to decimate the black population.

There are two sides to the story, said Coovadia: legitimate instances of poisoning and rumours or conspiracy theories. But substantive evidence of the malicious use of toxins in southern Africa is profound.

Take the Rhodesian programme which saw poison injected into tinned food and medicine, and the carcinogen parathion brushed on to clothing. The hope was to kill guerrilla soldiers, but civilians were also killed. Eight hundred guerrillas died from poisoning in the first half of 1977.

Witchcraft and sorcery have to some degree become synonymous with poisoning in Africa, yet Coovadia believes it’s a phenomenon better linked to developments in science and technology.

In Rhodesia for example, in many rural villages, witchcraft was assumed to be the culprit behind the large-scale poisoning orchestrated by medical doctor Robert Symington.

Symington was later head of anatomy at the University of Cape Town, a history which the university has not “bothered to deal with”, said the author.

“They worry about who’s reading which poem rather than which serious crimes were committed.”

Symington was connected to another character who appears in Coovadia’s book, Wouter Basson.

“There was a network of men with a fair amount of technical knowledge in Rhodesia, South Africa, Angola and Mozambique and they collaborated in creating these weapons and using them.” DM

The Poisoners by Imraan Coovadia is available directly from the Daily Maverick Shop. Make the purchase here and receive free delivery anywhere in South Africa.