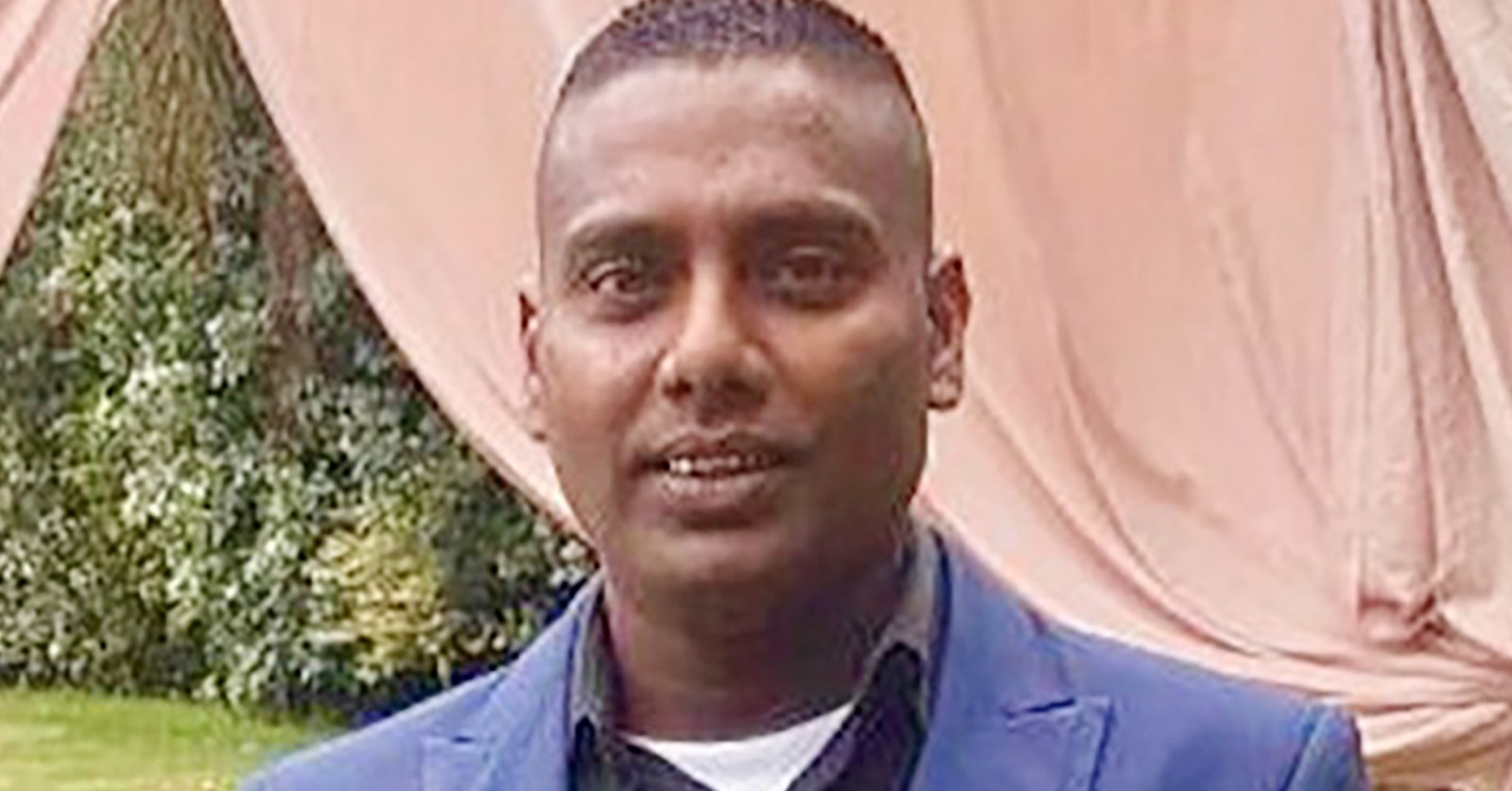 Regan Naidoo died while being questioned at the Chatsworth police station in 2018. (Photo: Supplied)

Police told Regan Naidoo’s family he died after choking on a pie, but a pathologist’s report reveals he was severely beaten. Twenty-one SAPS members have been arrested for Naidoo’s murder and his family is suing the police minister for R5m.

The family of deceased Chatsworth husband and father Regan Naidoo, allegedly assaulted so violently by police that he suffered 14 fractured ribs, among other serious injuries, is pursuing a R5-million civil case against Police Minister Bheki Cele.

According to a postmortem examination report conducted by a specialist forensic pathologist, it was a blunt force head injury that caused the death of Naidoo, a 32-year-old security technician, in August 2018.

Naidoo measured 1.60m in height and weighed 65-70kg, a small frame for a man and one that, upon a reading of the pathologist’s report, was injured so severely that he suffered massive bruising, multiple fractured ribs — six on the right side, eight on the left — lung contusions and subdural haemorrhage.

The fractured ends of two ribs were noted as being “exposed”. A blood toxicology analysis did not find any alcohol or illicit drugs in his system.

The story of Naidoo’s vicious assault and subsequent death has been in the headlines for the past month as his committed and angry father, Timothy Naidoo, battles to ensure those responsible for taking his eldest son’s life are held accountable.

“[The police] told me he choked on a pie,” Timothy Naidoo told Daily Maverick.

Regan Naidoo is survived by a young wife and two minor children. His wife was pregnant with the couple’s soon to be four-year-old son at the time of his death. Their daughter is nine.

Regan Naidoo also assisted his elderly indigent parents financially, while earning about R20,000 a month. His wife is the first plaintiff in the civil suit, his father the second. Daily Maverick understands the police minister will be opposing the suit.

To date, the Independent Police Investigative Directorate (Ipid) has arrested 21 officers from various police units in the criminal case. They face charges of kidnapping, torture, murder and defeating the ends of justice. A final senior officer has also been marked for arrest.

Daily Maverick understands that one of the accused has turned State witness.

To understand this story — or at least as far as possible until the matter reaches trial — one has to return to the year and month in question, when an alleged hitman named Xolani Zungu was shot dead in Chatsworth on 23 August 2018.

According to media reports at the time, Carim witnessed Zungu kill two men. He then shot Zungu using a gun licensed to his deceased father.

The Post newspaper reported at the time of Carim’s sentencing in 2020: “During the trial, it was heard that [Carim] had been on his way from dropping off his wife and son at his in-laws’ house. While stopped at a stop street, he witnessed Zungu shoot two men and flee towards a nearby park.

“[Carim], who was in the possession of his late father’s firearm, fired two shots at Zungu. He said he was acting lawfully and was trying to prevent Zungu from escaping.

“[Carim] further said he heard gunshots and so fired a third shot into the air out of fear. He then returned to his home and parked his vehicle before walking to the park.

“[Carim] said another resident accompanied him. The court heard that [Carim] had asked the resident to shoot Zungu because [the resident’s] firearm was licensed, but [the resident] refused.”

It was later revealed that Carim’s first shot wounded Zungu, after which he returned to the park to “execute” the 41-year-old.

According to The Post, Carim also admitted to “taking” Zungu’s firearm and selling it for R3,000. Carim is serving 13 years in prison for his crimes.

It was allegedly the search for Zungu’s firearm that led to Naidoo’s death just days later, and the torture and attempted murder of Carim, while police were interrogating the men, along with one Ahmed Dawood, about the whereabouts of the weapon.

According to Ipid, Naidoo, Dawood and Carim were “picked up from a Caltex Garage on Montford Drive, Chatsworth” at 10pm on 28 August 2018 for questioning about the weapon.

Timothy Naidoo told Daily Maverick his son was then taken back to his home to be questioned about the weapon. This is where he was allegedly first assaulted, in front of his pregnant wife, as police were searching for the firearm.

The trio was then taken to Chatsworth police station for further questioning. By 3am on 29 August, Naidoo had “collapsed at the station”, according to Ipid.

It is unclear how long after this Naidoo remained at the station in this state. Ipid says he was transported to RK Khan hospital — less than a kilometre away — in a police vehicle.

Daily Maverick understands he was transported by two police officers. According to the autopsy report, he was declared dead upon arrival at RK Khan at 4.25am.

Timothy Naidoo and his brother-in-law made their way to the station within an hour of hearing that Regan Naidoo had been arrested.

“When I approached the charge office and I gave my son’s name, the gentleman behind the counter told me there was nobody by that name. Then he said he was going to make a phone call upstairs.

“Then he told me there are three guys upstairs for questioning.”

Timothy Naidoo says his son was not charged, was not in a holding cell, and that all of the questioning had appeared to take place in the upstairs “conference room” at the police station.

“From where I was standing, I could see officers walking up and down the staircase where the conference room is,” he said.

Police also allegedly searched Timothy Naidoo’s car for the weapon about an hour after he arrived at the station. “Ahmed [Dawood] was being taken to a police vehicle when they spotted me. Ahmed must have told them I was Regan’s father. That’s when the [officers] asked me if I was the owner of the Tazz. I said yes.

“The officers then asked for the keys to the car; I gave it to them because they were police officers. They threw everything that was in the car outside; they looked into the boot, looked under the seats and tried to pull out the seats. They had no decency of putting the stuff back. I had to do it.”

It was at the time of the search that one of the officers allegedly told Timothy Naidoo to tell his son to inform the police where the firearm was. “They said if he did that, they would release him.”

Timothy Naidoo, however, was not allowed to see his son. He told Daily Maverick that he encountered one particularly aggressive officer when trying to find out details about his son’s arrest. That man is one of the accused. His name is known to Daily Maverick.

“[That officer] told me: ‘That fucking lightie Regan, he thinks he is a macho man, but even if he gets out, we will get him’. My brother-in-law heard all of this.”

Timothy Naidoo remained at the police station “until about 4.20am” and then went home to freshen up. “I returned to the station between 7.30am and 8am.”

At about this time, the two officers who had searched his vehicle told Timothy Naidoo that the captain wanted to speak to him. “I met the captain at the stairs and he gave me the news on the staircase. I didn’t even go in his office.”

This is when the senior officer allegedly asked Timothy Naidoo if his son had any history of a “breathing” condition.

“I told him, you know what, Regan was 200% fine, he had no sickness, he had not been in hospital. Then he told me the police officers had given him a pie because he was hungry, and he ate the pie and choked on the pie.

“I was contacted by the brigadier the next day. He again told me to tell him where the firearm was, and that they would go get it quietly and ‘sort it out’.”

Timothy Naidoo told Daily Maverick that although he had a copy of the autopsy report, he and his wife had yet to read it. “Maybe in 15 years’ time, when things are quiet, we will take it out and read it. We can’t now.”

The State did not oppose bail set at R3,000. All the accused were released and warned to appear again on 29 October. DM