An eight-note exercise: Playing arpeggios and scales to unlock the code of music 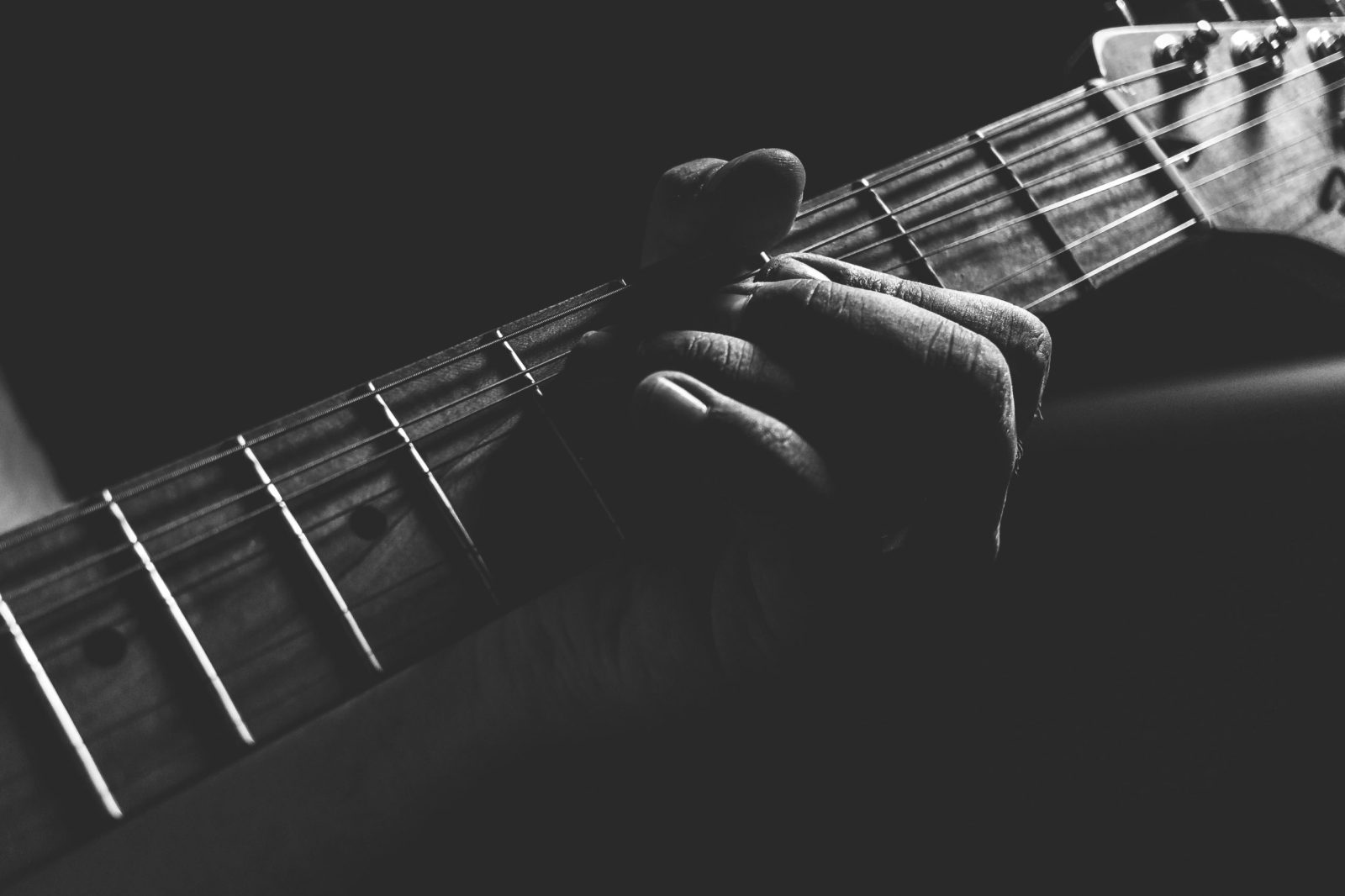 Learning to play the guitar with award-winning, Zimbabwean-born guitarist Tony Cox, and rediscovering the simplicity of music.

It’s Sunday morning, 10 o’clock. I’m in a cottage alongside the Knysna River just before it empties into the Indian Ocean. A ringtone. A click. Tony Cox  fills the screen wearing a Table Mountain T-shirt and a goatee.

“Hey brother. Nice to see you!” He’s calling from Caton in Lancashire. Last week he sent a picture of his new house while we worked through the eight-note exercise.

It’s unmistakeably England. A white barn-like double storey with a black slate roof. An old wooden gable over the round of an entranceway. On either side of the road, stone walls, hedgerows. Neighbouring the house is a pub, The Ship.

“You see the downstairs window, second from left? That’s where I’m talking to you from. Man, we are so happy. We have found our home at last. I’m hoping we will be here a long time,” he says.

Cox is a Zimbabwean-born guitarist who has won numerous music awards and has performed internationally alongside the world’s finest musicians. Over many years he has become an institution on the South African music scene and has built a loyal fan base.

I am fortunate that I get to spend time with him one-on-one, as he helps me unlock the mysteries of the acoustic guitar.

Today we start with Fernando Sor’s Study in B Minor and play the blues studies in various combinations before working through the eight-note exercise again.

Last time, I had prepared the exercise across the first three frets. It’s the secret to understanding the foundations of the music, any music, Cox tells me. So I work my fingers over and over the patterns of the arpeggios: C (root); F (sub-dominant); C again; G7 (dominant).

For today’s lesson I’m playing the same series of arpeggios, but against another pattern and my fingers move all the way to the sixth fret.

“Look,” I say to my kids as I practise the first version. And then look again, as my fingers move to different places but it’s the same notes that ring through. “It’s like magic, see?”

“That’s very nice Dad,” they always say. But each time a little mystery along the fretboard opens up to me, I feel a hit of some or other happy chemical and I want more.

The idea is to be able to work the combination of these arpeggios all the way up and down the fretboard. “You need to return to them not with trepidation, but as familiar friends,” Cox always says.

I’ve spent so much time with them that I hear those familiar friends as I chop onions, as I walk the dogs, as I collect eggs from the coop.

I’ve learnt some pieces with Cox, but it’s the slow grind through the cogs of musical structure that’s the exciting part, even though it sometimes numbs me with confusion. The eight-note exercise has evolved from learning about triads, scales and arpeggios, diatonic chords and the relationships between majors, minors and sevenths.

I lived in London when I wasn’t shopping for a guitar. I saw the Art & Lutherie in a Soho shop window. It was the forest green curve of it with the cream detailing that drew me through the door. It was the story of maple-top guitars handmade in Canada that clinched it.

I bought a book of chords. I sat in Clapham Common on Sunday mornings and hoped that my beginner’s strum might be the Pied Piper to draw a lover or a friend from the picnicking groups to drive the loneliness away.

I have progressed and even hold a grade five certificate in classical guitar from the Trinity School of Music. Some years ago I waited my turn to face the examiner with my greying temples and exercise book alongside boys in flannel trousers and blazers. Sweat trickled down my sides as I silently recited theory that I had learnt by rote but didn’t understand.

“That was excellent,” Cox says, as I play through the eight note a few more times. He’s very affirming.

“But you’re still missing some of the closer connections in the changeovers.” And so, we do it again.

“Now what you’re gonna do, you’re going to start introducing a scale element in among the arpeggios… Let me show you how that’s going to work. Let’s start with the F arpeggio. 1, 2, 3, 4. Then double up on the next four bars on a scale. So each eight note is split into two. Like this…,” Cox adds.

This simple exercise sounds like the opening bars of an Irish ballad when Tony Cox plays it. But he could easily play variations of it as a maskanda or a bluegrass riff. They all rely on the same musical structure.

We move the exercise through C, F, G7.  It takes some explaining before I realise that all seven scales can be played within the C scale. If you play the C scale from D to D, it is a D minor scale. It’s as certain as Newton’s laws; that’s how diatonic scales work. I battle through the variations of the scales, it will be some time before these patterns become familiar friends.

“What you’ve just done there is gone through the seven modes of the major scale. Ionian, Dorian, Phrygian, Lydian, Mixolydian, Aeolian and Locrian,” he explains.

I nod knowingly and Google this later to discover that these terms refer to each of the modes; that this structure originated in ancient Greece and that the modes were named for its regions.

“It’s a bit more complex than what you are used to,” he acknowledges. “But this is an evolving exercise. Eventually you will improvise through a bunch of chords without thinking. And later on we will get to more complex chords. Right now we are just doing root, dominant, sub-dominant.”

I’ve loved the music I’ve learnt over the years. When I play Romance, it sounds like, well, romance. I’ve played Carulli and Carcassi alongside more contemporary pieces and have performed at student concerts with kids a third of my age as tearful mothers watched from the pews of the church that hosted us. Yet I have always felt bound by the notes on the page and frustrated that I can’t just pick up the guitar and play.

“You know how many hundreds of thousands of guitar players are stuck there? And there are teachers who lead them into that. And the student can be in those doldrums of not understanding for bloody donkey’s years. Until somebody comes along and shakes it all up and says, actually no, this is how it is,” says Cox.

He suggests that I play around with just two modes for now: the Ionian and the Dorian. “Now let me show you what those two simple chords can sound like if you improvise through them.”

Against a backing track he plays a melody; so gentle, so sweet, it’s something to close your eyes and drift away to.

“All I’m doing is playing the arpeggios and scale that you’ve learned. But I can float freely amongst the rhythm and place my notes exactly where I want to place them.

“I’ve had many fantasies since I first picked up the guitar in that London store. In one I’m the accompanist among the clickety-stomp of a flamenco studio in Andalucía. In another I’m the bass guitar to Tom Waits’s piano in a whisky bar lost somewhere in the vastness of America. Understanding that within those modes lies everything I’ve been learning makes me believe that anything is possible.

“It just shows you in terms of beauty in music, how simple it is,” Cox says before he blips off the screen. “It’s just two chords. Simplicity is everything in music as far as our ears are concerned. Humans love simplicity.” DM/ML