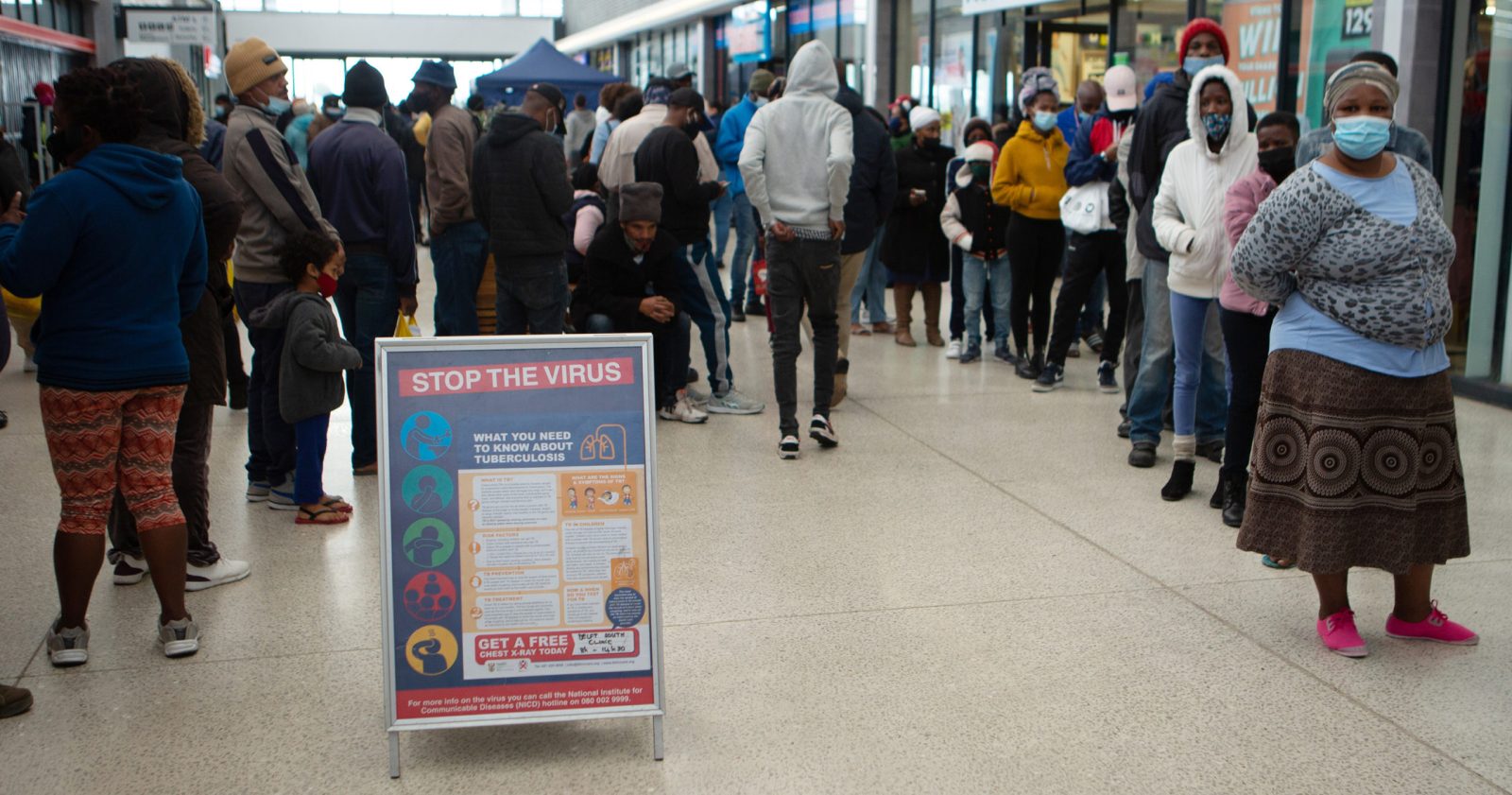 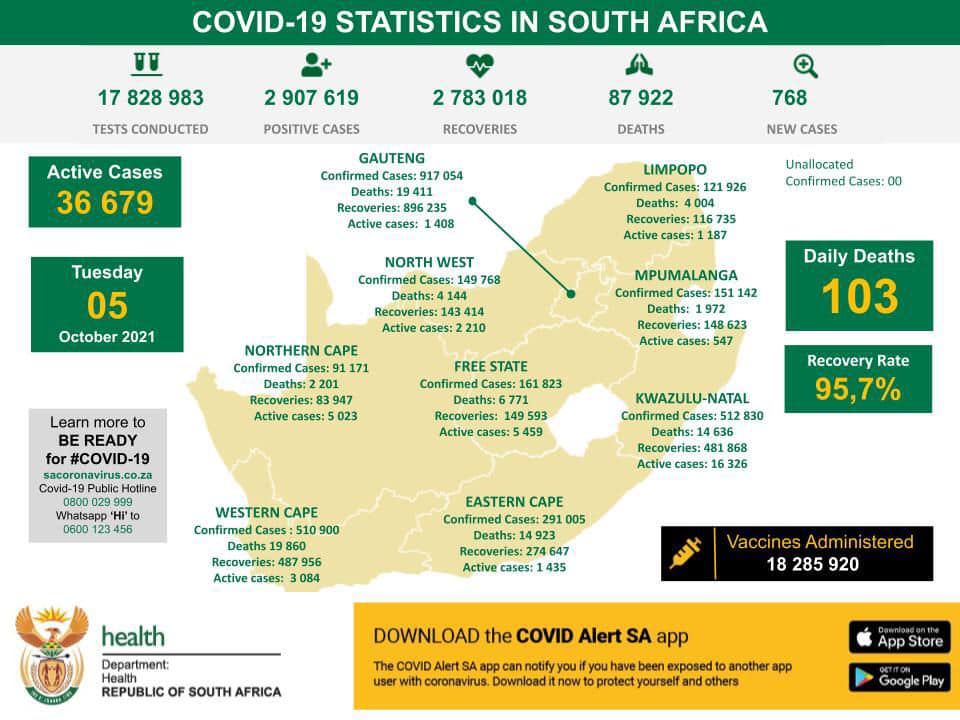 Johnson & Johnson is seeking US backing for a booster dose of its one-shot vaccine after data showed it provided strong protection. Serious cases continue to drop in Israel now that almost 3.6 million people have received a third dose.

Meanwhile, efforts to provide alternative weapons against Covid-19 forge ahead. AstraZeneca submitted its antibody cocktail for emergency US approval, while a European Union advisory committee will consider starting an accelerated review of Merck’s experimental antiviral pill.

The Covid-19 death toll in the US this year is poised to surpass the number of fatalities in 2020. Federal researchers estimate that vaccinations averted thousands of fatalities and hospitalisations in the Medicare population in the first five months of this year. UnitedHealth Group and Mondelez International will require vaccinations.

UnitedHealth Group will require US employees to get vaccinated against Covid-19 by November 30, according to an announcement on the company’s website.

The requirement will apply to employees who care for patients, meet with others in person, or enter company facilities. UnitedHealth said it will consider medical or religious exemptions but may not approve all requests. Clinicians will also be available to meet with people who have questions or hesitations about getting vaccinated, the company said.

Those workers who don’t get vaccinated, can’t be accommodated based on their role or don’t get an exemption will be placed on unpaid leave and may be terminated, a company spokesman said. UnitedHealth has more than 300,000 employees globally, with about two-thirds based in the US, according to company filings.

Also on Tuesday, Mondelez International, the maker of Oreo cookies, announced a vaccine requirement ahead of a planned office reopening in January.

Symptoms of anxiety and depression hit US adults more frequently as the number of Covid cases mounted during the accelerating pandemic, according to a study.

Mental health severity scores were highly correlated with the average number of daily Covid-19 cases, according to the study in the Centers for Disease Control and Prevention’s Morbidity and Mortality Weekly Report.

US death toll this year to top 2020 level

The Covid-19 death toll in the US this year is poised to surpass the number of fatalities in 2020. The wave fuelled by the Delta strain is waning in the US, but daily infections are still hovering near 100,000 and more than 1,800 people are dying every day, on average.

More than 100,000 Americans succumbed to the virus in the last four months – a time when safe and effective vaccines were widely available in the nation.

Dominican Republic to give shots to kids

Dominican Republic Health Minister Daniel Rivera is recommending that Covid-19 vaccines be provided to children as young as five.

Rivera made the recommendation late on Monday after holding meetings with the Dominican Board of Health. The government’s nine-member Health Cabinet will review the request on Tuesday, the ministry said.

If the Caribbean nation does begin offering vaccines to children, it would join Cuba and Chile in doing so. Last month, Cuba authorised the use of its homegrown vaccines in children as young as two. Chile is offering shots to children six and older.

The Dominican Republic has reported 361,402 cases of coronavirus and 4,055 deaths due to Covid-19 since the pandemic began.

An EU advisory committee will consider starting an accelerated review for Merck’s experimental antiviral pill against Covid-19 following the company’s announcement last week that it will seek emergency-use authorisation from the FDA as soon as possible.

The panel will consider starting a “rolling review” in coming days, Marco Cavaleri, the head of biological health threats and vaccines strategy at the European Medicines Agency, said at a press briefing on Tuesday.

Serious cases continue to drop in Israel now that almost 3.6 million people have received a third dose of vaccine. Israel began administering booster shots in early August after the Delta variant pulsed through the country, causing a surge in new infections and talk of renewed lockdowns.

The sentiment has now shifted, given the virus’s steady retreat. “It seems, at this stage, that we have the upper hand,” Prime Minister Naftali Bennett said at the start of a weekly Cabinet meeting in Jerusalem on Tuesday.

Federal researchers estimate that Covid-19 vaccinations averted 39,000 deaths and 107,000 hospitalisations in the Medicare population in the first five months of 2021. They compared Medicare data and county-level vaccination rates with models predicting how the virus would have spread in the absence of vaccines to come up with estimates of the effects of immunisation.

The analysis covers the period from the early weeks of the vaccine campaign in January to when shots were distributed to 80% of US seniors in May. The study, released by the Department of Health and Human Services, estimates that 265,000 infections in the Medicare population were avoided in that period.

Every 10% increase in county vaccination rates was associated with an 11%-12% decline in weekly virus deaths and hospitalisations among the cohort.

The Norwegian government will offer booster doses of Pfizer’s vaccine to everyone over the age of 65, according to a website statement.

The National Institute of Public Health will assess whether health personnel should also be offered extra shots.

Romania running out of ICU beds

Romania is running out of ICU beds designated for coronavirus patients as cases spike to a new daily record. The EU’s second least-vaccinated country had 1,480 patients in ICUs on Tuesday. It also reported more than 15,000 daily cases and over 250 deaths.

Johnson & Johnson asked the US Food and Drug Administration to authorise a second dose of its vaccine for adults as a booster after a study showed it provided strong protection against infection.

The submission includes results from a late-stage clinical trial that found a second dose of its one-shot vaccine given 56 days after the first dose provided 94% protection against moderate to severe disease, the company said.

Macau to shut some venues

Macau will shut some entertainment venues, including cinemas, bars and gyms, from Wednesday, October 6. The government’s statement didn’t say how long the restrictions will last, and it didn’t mention casinos.

AstraZeneca submitted its antibody cocktail for US emergency approval to prevent Covid-19 infection. The medicine was 77% effective in preventing symptomatic Covid in a clinical trial that included patients with high risk factors for severe infection.

“With this first global regulatory filing, we are one step closer to providing an additional option to help protect against Covid-19 alongside vaccines,” Mene Pangalos, Astra’s executive vice-president for biopharmaceuticals research, said in a statement.

India reported 18,346 new cases, the lowest in more than 200 days, according to data from the federal Health Ministry. While cases have been trickling down over the past few weeks, experts are warning caution as the country heads into the holiday season. India has administered a massive 915.5 million vaccine doses so far, but even so only 18% of its population is fully inoculated, according to the Bloomberg Vaccine Tracker.

Some of the symptoms of so-called long Covid, the ailments that can persist for months after a Covid-19 infection, may be caused by inflammatory molecules trapped inside tiny blood clots, a scientist at South Africa’s Stellenbosch University said.

High levels of inflammatory molecules were found in micro blood clots in blood samples from people with long Covid, Resia Pretorius, a researcher at the university, said in a statement. The molecules contained fibrinogen, a clotting protein, and alpha(2)-antiplasmin, which prevents the breakdown of blood clots, she said.

US puts pressure on Singapore to let Americans visit

American officials are pushing the Singapore government to open a travel lane so visitors from the US can enter the city-state with the same sort of freedoms travellers from Singapore get in the US, according to people familiar with the matter.

Singapore Trade Minister Gan Kim Yong said on Monday that travel corridors could be formed with several countries and regions including the US and Europe this year, but for now arrivals from most places face mandatory quarantine. DM

– With assistance from Jim Wyss, Vivek Shankar and John Tozzi.