The curious, the late and the good in the 2021 annual report season 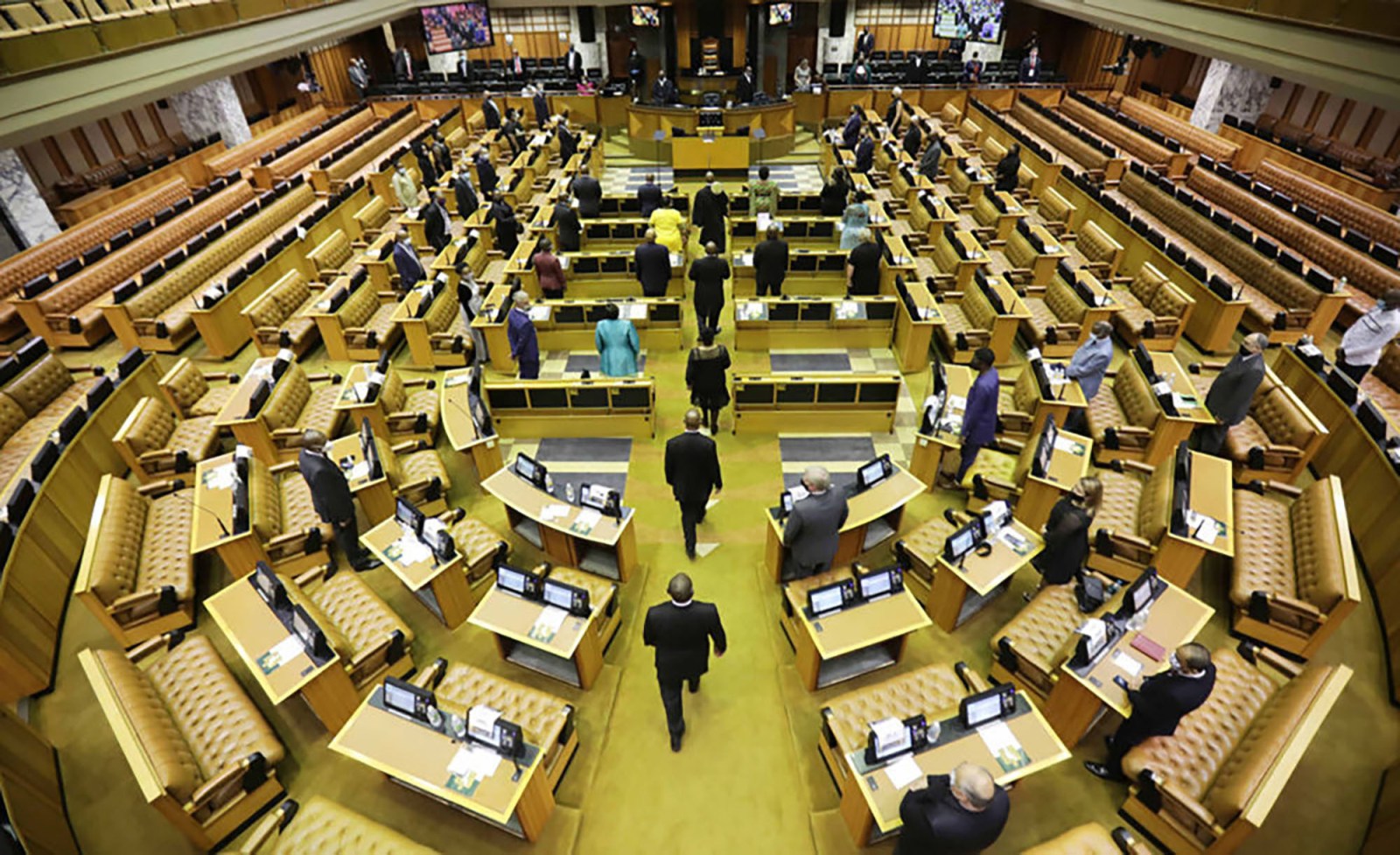 Days before his Correctional Services contract ended, Arthur Fraser praised his team for an unqualified audit. Now Justice and Correctional Services’ Ronald Lamola has asked Parliament for extra time to table the annual report, which includes the financials, because it’s not quite yet done.

On 20 September, then-Correctional Services Commissioner Arthur Fraser said in a statement, he “is bowing out with a great sense of pride, leaving behind a stable and resilient correctional service which has obtained an unqualified audit outcome…”.

Fraser, who left five days later, would have seen the Auditor-General’s audit — unqualified after four consecutive qualified audits — that had been delivered to the department on 15 September.

On 28 September Justice and Correctional Services Minister Ronald Lamola wrote to Parliament to say the annual report, including financial statements, would be tabled late.

That’s because a series of processes must unfold after the Auditor-General delivers the audit, which itself had been delayed because of the impact of Covid-19. These processes include the departmental audit committee finalising its report, annual report layout and design, and submission for the final nod to the Auditor-General and then to the minister for sign off.

“The department will ensure that the annual report is tabled in Parliament within four weeks of receiving the final audit report from the AGSA [Auditor-General of South Africa],” said Lamola’s letter to Parliament.

“A statement issued by the former national commissioner Arthur Fraser on 20 September 2021 reflected the correct audit outcome by the Auditor-General,” Nxumalo added.

Annual reports, including financial statements, are central to Parliament’s oversight over how the government spends its money and accountability of performance achieved for that expenditure.

Unlike 2020 when then-finance minister Tito Mboweni extended the annual report deadline by two months to November, in 2021 the traditional end-of-September deadline stayed firm.

But the 2021 annual report season remains affected by the Covid-19 State of Disaster, lockdown and infections as the Office of the Auditor-General struggled to finalise all audits by its end-of-July deadline. A letter from the Auditor-General to Parliament in late July indicated this. Another letter to Parliament on 22 September raised the red flag over potential delays at local government as municipalities hit “a submission rate of 81% of the annual financial statements”.

The Public Finance Management Act requires annual reports to be tabled in Parliament within six months of the financial year-end on 31 March. And so by 30 September, often even on the day, Parliament gets scores of annual reports, including audited financial statements, from departments, state entities ranging from the Office of the Valuer-General to museums, Chapter 9 institutions like the Public Protector and the SA Human Rights Commission and certain state-owned entities, including public broadcaster SABC, diamond miner Alexkor and armaments manufacturer Denel.

If that submission is not possible, a minister must write to Parliament to explain why. These ministerial letters are published in the Announcements, Tablings and Committee Reports (ATC), the national legislature’s record of work.

Lamola’s letter about the Correctional Services’ annual report published in the ATC of 30 September is not the only one asking Parliament for more time. The same ATC includes a letter from Water and Sanitation Minister Senzo Mchunu, dated 20 September, requesting until November to submit the department’s annual report, and those of the Trans-Caledon Tunnel Authority (TCTA) and Breede-Gouritz Catchment Management Authority.

Reasons include additional documents were required “to substantiate payments made by the TCTA to the Government of Lesotho, Lesotho Highlands Development Authority (LHDA), and the Lesotho Highlands Water Commission (LHWC) in the discharge of the Republic of South Africa’s financial obligations in terms of the treaty”.

While Cooperative Governance Minister Nkosazana Dlamini Zuma tabled the annual report for traditional affairs that is also in her portfolio, on 8 September she informed Parliament the cooperative governance report would be late, but would be tabled within a month of receiving the Auditor-General’s report.

In her explanation published in the ATC of 10 September, Dlamini Zuma quoted from the 26 July Auditor-General’s letter to Parliament:

“Owing to the challenges of auditing in the Covid-19 environment, we are unable to meet the statutory deadline of the year. This is mainly due to the significant impact of the rise in infections during the third wave of the pandemic and the recent unrest and protest action in some provinces at a time when we should have been finalising our audits.”

Reasons for the late tabling of the Ingonyama Trust annual report are somewhat different, according to Agriculture, Land Reform and Rural Development Minister Thoko Didiza, who on 29 September wrote to Parliament to say it would be tabled “by no later than the 12 November 2021”.

This required consultations with the Auditor-General, to whom all the financial statements were submitted only at the end of August, thus causing the delay, explained Didiza.

None of this is to say a department or state entity has to wait until the end of September to table annual reports. These can be brought to Parliament any time after the end of the old financial year — and before that 30 September statutory deadline.

Parliament is a repeat early tabler of annual reports — as is the South African Reserve Bank, which submitted for parliamentary scrutiny its annual report and financials in early July. DM