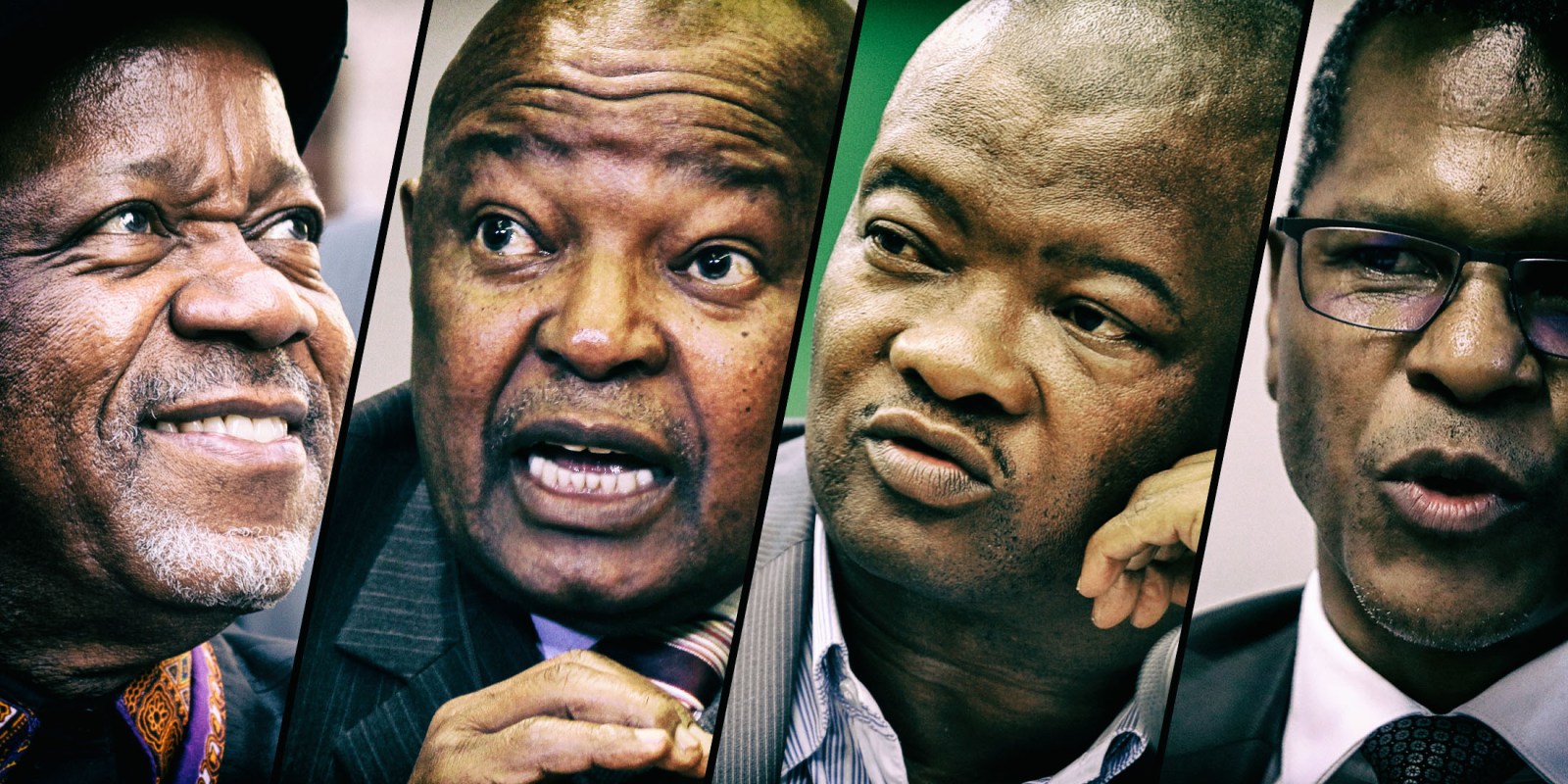 There appear to be high levels of cynicism and anger going into these elections. This anger looks to be directed primarily at the ANC, but also at other big parties, possibly opening a series of what could be called constituency gaps for smaller parties to exploit. And yet…

There is no shortage of smaller parties to exploit these gaps. Some of these parties have been in Parliament and in councils around the country for many years; they have name recognition, established processes and constituencies, and experience of retail politics. And yet despite this, and the gaps that have been created, there is little evidence at this stage that they will be able to make use of the opportunity.

The reasons why may well illustrate the pitfalls and problems that await other smaller parties that have just arrived on the scene, wishing to make an impact over the longer term. It may be that the older smaller parties’ experiences have much to teach newer players like Action SA or the Patriotic Alliance.

One thing that the IFP, the NFP, the ACDP, the UDM and the Africa Independent Congress (AIC) all have in common is that they have been part of our formal politics for a long time. The IFP is more than 45 years old, the ACDP contested the 1994 elections, the UDM goes back to 1995. The NFP was formed out of the IFP more than 10 years ago, while the AIC first contested elections in 2006.

Yet despite this collective experience, there are no signs that any of these parties are about to garner a major leap in support. There may be important reasons why.

For at least two of these parties, the root of their problem lies in the fact that there is an ethnic dimension to their support.

The IFP has primarily been focused on its support base, largely among people who speak Zulu, in KwaZulu-Natal. While it has some pockets of support in Gauteng, it has never really been able to break out of these two provinces.

This is interesting because in some ways the IFP may well have more to gain from other parties due to the perception that the ANC is corrupt.

There is strong evidence that people have moved between voting for the ANC and the IFP, both in KZN and Gauteng. And yet there is no sign yet that it can capitalise on this potential.

This may be a sign of several mistakes by the IFP in the recent past.

Currently, it is using T-shirts featuring the face, not of its leader, but of its former leader, Prince Mangosuthu Buthelezi. It says the decision was taken at the insistence of the party’s leader, Velenkosini Hlabisa.

But it also gives the impression that the party is not moving on from its founder.

Some of these problems may well confront the NFP.

Its founder, Zanele kaMagwaza-Msibi recently died. And there are few signs at this stage that it will be able to survive, or grow, without her.

Bantu Holomisa’s UDM may be slightly different. He appears to have tried to groom a new leader, in the form of Nqabayomzi Kwankwa. Kwankwa shows no signs of being intimidated or under the thumb of Holomisa. This may be a good sign for the party’s future.

But the case of the UDM is also important for another reason.

It may be the party almost closest to the ANC in terms of outlook and agenda. While it has some differences, it would surely be well placed to take advantage of the ANC’s problems. This was the case both now and in the past, when Jacob Zuma was president. Yet it has failed to do this.

The lesson from the UDM may well be that it was a mistake for Holomisa to support former Nelson Mandela Bay Metro Mayor Mongameli Bobani. While Bobani has also died, the evidence of corruption against him was strong. In the end, the Hawks swooped on his home, citing evidence of wrongdoing.

Holomisa strongly supported Bobani all the way through this. In the meantime, the governance crisis in Nelson Mandela Bay deepened and people on the ground began to suffer.

It may be that the UDM is now facing the consequences of these actions, and for refusing to act against Bobani.

There are also lessons to draw from the AIC.

While it has won several seats in Parliament, perhaps the most significant political power it won was in Ekurhuleni. In 2016 it won four councillor seats. This was enough to form a coalition with the ANC, to give the ANC the mayoralty and allow Mzwandile Masina to govern there.

In the aftermath of the 2016 elections, it appeared the AIC was only interested in dealing with the ANC. This was clearly because the ANC alone has the political power to resolve their issue — the provincial demarcation dispute.

But despite the AIC’s threats from time to time, the ANC has done nothing. The provincial border remains where it is.

This may well now have an impact on the AIC. It is possible that voters will believe that despite giving it significant power, this has been wasted. They have nothing to show for it.

This may mean it gets less support in these elections.

The situation for the ACDP may be slightly different.

The party does not campaign on a geographic or ethnic basis, but on the basis of religion. It is one of the only parties to explicitly argue against the decriminalisation of dagga; it says that it wants moral leadership. While it talks about religion, it is a platform that is inherently conservative. Its leader, Kenneth Meshoe, has argued against gay marriage in the past (and more recently polyandry).

During the pandemic, he has appeared to cast suspicion on Covid-19 vaccines.

In some ways, given the amount of airtime allowed for the anti-vaccination movement, it may appear that he is well placed to gain support.

Even then, it seems unlikely that the ACDP will break out of the support zone it has occupied for many years.

Again, considering the outcry over the lack of morality by political leaders and the high levels of corruption, this may be significant.

For this election, there are a number of new players, people who promise to change our politics. Some, like Action SA, have plenty of money and leaders with charisma.

But the experience of the older, smaller parties shows how difficult it is to create a coalition outside of ethnic, regional or religious identities. And how tricky it is to manage the internal contestation that multi-constituency parties suffer, as regularly evidenced in both the ANC and the DA.

It may be that these structural problems, as revealed by the older, smaller parties, demonstrates how unlikely it is that any of the new players will really make much of an impact on our politics in the short to medium term. DM