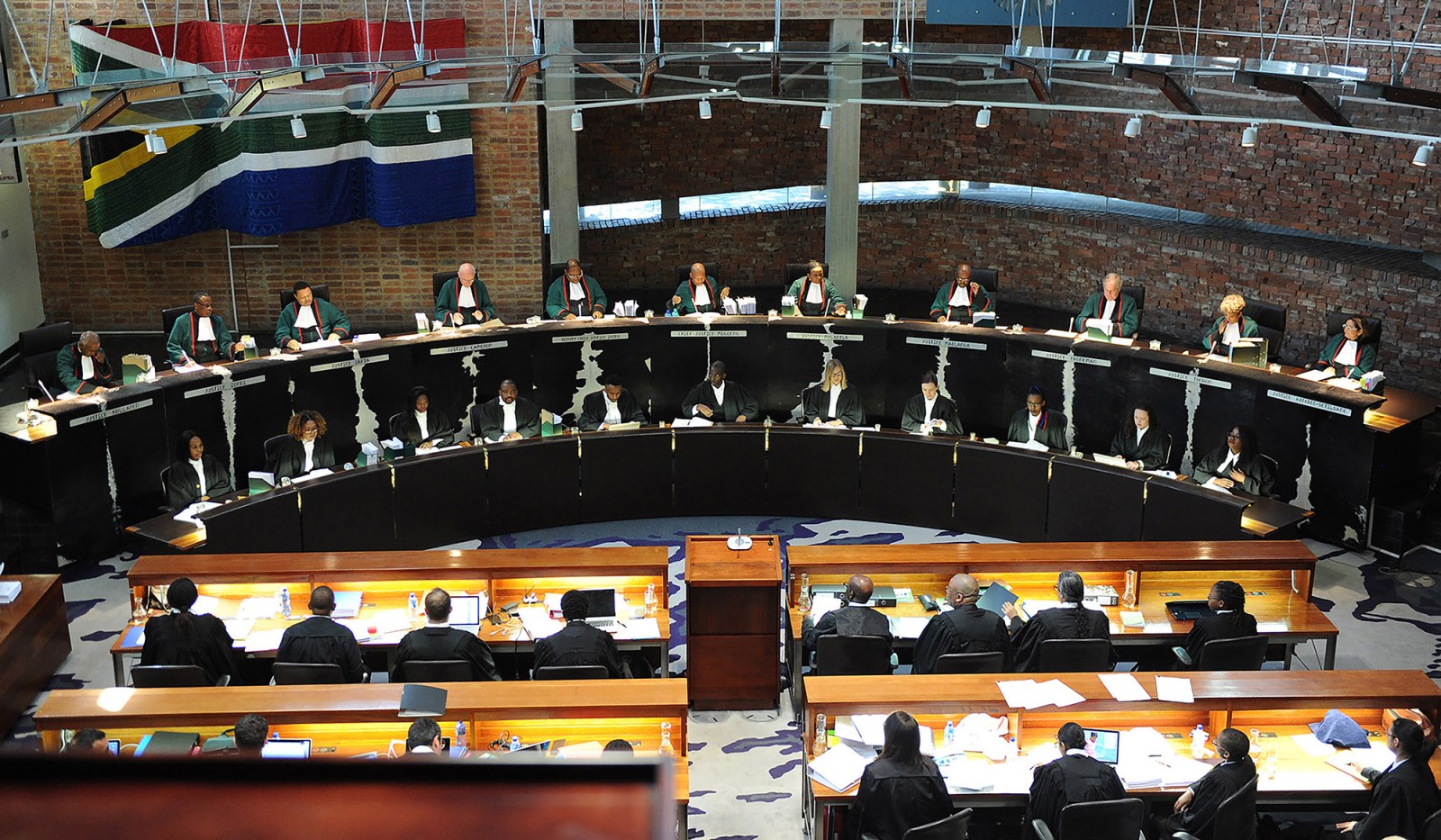 The Judicial Service Commission has come up with the same candidate shortlist for ConCourt judges after being ordered to rerun its flawed April interviews.

The same five candidates first recommended in April for consideration to fill two vacancies on the Constitutional Court Bench emerged on Monday night as the same top five from which President Cyril Ramaphosa must make his choices for appointment to the apex court.

Judges Fayeeza Kathree-Setiloane, Jody Kollapen, Rammaka Mathopo, Mahube Molemela and Bashier Vally were grilled again on Monday by the Judicial Service Commission (JSC) commissioners, along with two other candidates. This was take-two of the interview process after the Council for the Advancement of the SA Constitution (Casac) approached the Johannesburg High Court in June to have the JSC interview process declared unlawful. The ruling in the council’s favour compelled the JSC to conduct the interviews afresh.

Casac challenged the highly politicised nature of the April interviewing process and that some JSC commissioners were out of line in their questioning. It also criticised the quality of deliberations.

On Monday, it was the noticeable absence of Judge Dhaya Pillay, who did not make herself available to be reinterviewed, that showed up the flaws in the initial round of interviews that were chaired by Chief Justice Mogoeng Mogoeng.

During the April interviews, Judge Pillay, who sits on the KwaZulu-Natal High Court, was attacked by EFF leader Julius Malema, in his capacity as one of the 23 JSC commissioners. Malema’s questions fixated on Judge Pillay’s friendship with Public Enterprises Minister Pravin Gordhan. He also asked about photographs she may have taken with Gordhan, as well as with former tourism minister Derek Hanekom.

Pillay confirmed that she was friends with Gordhan, but said she had never had the occasion to take a photograph with Hanekom. She had ruled in favour of Hanekom in September 2019, when he took Jacob Zuma to court, suing him for defamation. This came after Zuma called Hanekom a “known enemy agent”. This was apparently in reference to tweets by Malema that Hanekom had conspired to oust Zuma from the ANC leadership.

Malema called Pillay “unfit for office” and “nothing but a political activist” during the April interviews. Judge Pillay was not one of the five shortlisted candidates in that process.

Chief Justice Mogoeng, during Pillay’s April interview, also made reference to an incident in 2016 when he said he received a call from Gordhan shortly after Judge Pillay had been interviewed for a position on the Supreme Court of Appeal. The Chief Justice said Gordhan had asked him “how has my good friend [Judge Pillay] performed?” in her interview. His comments seemed out of turn but Mogoeng, who retires on 11 October, was in even hotter water when he was asked in the Casac legal challenge to hand over records of the deliberations of candidates for the ConCourt shortlist.

It was revealed then that the Chief Justice had preselected five candidates for the ConCourt posts. The so-called deliberations and interviewing processes were slated as a sham by Casac.

The JSC interview process was further slammed for its questioning of Jewish candidates, with the SA Jewish Board of Deputies calling the questioning of Supreme Court of Appeal Judge David Unterhalter “offensive religious scrutiny” during his interview.

Casac’s Lawson Naidoo says the April questioning process “was inappropriate” and also didn’t meet the standards befitting interviewing for the position of ConCourt judges. “Some commissioners questioned candidates about judgments they had given where those very commissioners were litigants in matters that they lost. That was not the platform to engage in that kind of discussion, so it was inappropriate and should have been ruled out of order by the chairperson, but wasn’t.”

Nicole Fritz of Freedom Under Law agreed that the April JSC interview process was hijacked by some commissioners as a forum to settle scores, where rulings by candidates did not go in their or their political parties’ favour.

“It was using a constitutional body in order to pursue a vendetta,” she said.

Fritz added that despite the do-over of interviews on Monday, it could not undo the harm done “most egregiously” in respects of the questioning of Judge Pillay and the damage this has done to achieve a better gender split in the candidates interviewed for the two positions.

“We had Julius Malema leading the charge and then the Chief Justice impugning Judge Pillay’s independence and willingness to deliver judgments. The Chief Justice knew that she could not possibly respond to a situation where she wasn’t present [referring to the phone call Gordhan apparently made to him],” Fritz said.

Fritz added: “We have been less good in terms of changing the gender composition of our Bench to really reflect South African society at large. And with Judge Pillay understandably not making herself available to be reinterviewed, we went from three of eight possible candidates being women to two of seven.”

The rerun of the interviews on Monday, this time under Acting Chief Justice Raymond Zondo, was better managed. Naidoo said: “We are greatly encouraged by the different manner in which the interviews got started today. It seemed that Judge Zondo had much more control in terms of the questions and the time allocated to each candidate.”

Fritz added that she hoped that the successful candidates to the two posts would reflect the racial and gender composition of South Africa, and will also be candidates who are pro-transformation. “Transformation not exhausted by reference to demographics but, actually, that the individual candidates be able to demonstrate that their jurisprudential approach and their lived experiences are consistent with social justice and socioeconomic transformation.

“The candidates must be able to demonstrate their independence. They should have judicial temperament, which means restraint, patience, humility, and willingness to engage and to learn. Collegiality is also really important – there should be willingness and aptitude to engage with civility and courtesy, even in matters of great disagreements, and the judges should have intellectual rigour and depth because judges need to be lifelong students of the law,” she said. DM

The rest of the week has been set down for JSC interviews for other vacancies in the superior courts across the country. The interviews are being livestreamed.