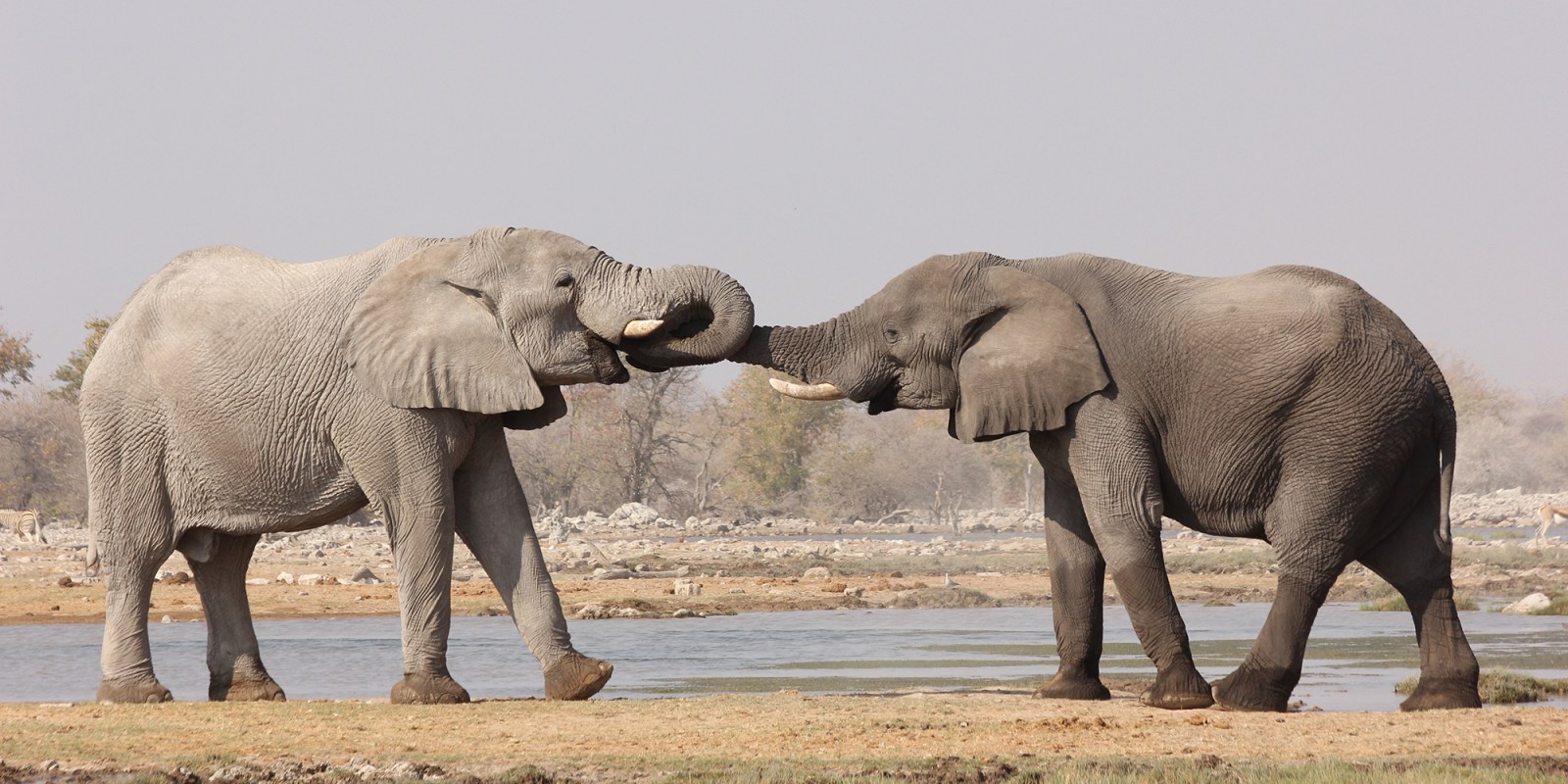 Research is increasingly demonstrating the viability of introducing megaherbivores into controlled European countryside. Further study is needed to determine the impact of animals, such as elephants, on indigenous European species.

Imagine driving through a lush, green landscape in France or Germany and spotting a herd of elephants roaming freely. As absurd as that might seem, it was only 10,000 years ago that creatures the size of elephants populated continents like Europe. That’s a blip in evolutionary terms.

In the last 10,000 to 60,000 years, humans have almost single-handedly eliminated around 80% of the world’s herbivore species that weigh over a tonne — known as “megaherbivores”. The last living mammoth, for instance, was wandering around Wrangel Island off the coast of Siberia as recently as 3,700 years ago.

This massive loss of megaherbivores in such a relatively short period has had effects on vegetation that we can still see today, like promoting different types and sizes of plants. By eating trees, shrubs, grasses and herbs — like elephants and giraffes in Africa — these giants play a crucial role in maintaining a diverse and healthy landscape, with a balance between woodlands and grasslands.

For instance, elephants knock over trees, giving more space for grasses to grow and helping savannah ecosystems to flourish. They are also critical for dispersing seeds across landscapes and helping to recycle nutrients in the soil.

To restore balance to ecosystems damaged by factors including the loss of larger creatures, some have proposed bringing back lost species — which could include megaherbivores. This is already being promoted in Africa by organisations such as Space for Giants and African Parks. The problem is that we know very little about how reintroducing these giants could affect smaller species, some of which are facing extinction themselves.

In a study published in the Journal of Animal Ecology, we shed light on the consequences of reintroducing such species into ecosystems that have lost them, by looking at how they affect life in a Kenyan savannah.

By excluding elephants and giraffes from an area in the savannah using electric fences, we studied how other animals in the area would respond to their absence. Our methods were simple, but smelly: over 12 years, we counted the dung piles of 12 species of smaller herbivores such as impalas, zebras, gazelles and buffaloes. This enabled us to assess whether these animals preferred to hang out in areas with or without elephants and giraffes.

We found that most animals, particularly the smallest ones, preferred the elephant and giraffe-free zones. In fact, zebras were the only animals that preferred the areas with these megaherbivores, perhaps due to zebras’ preference for wide-open spaces with fewer trees and more grass (neither elephants nor giraffes eat much grass).

Our findings suggest that restoring megaherbivore populations will reduce habitats that smaller herbivores prefer. This is particularly important to consider in areas where smaller species are already endangered. But this doesn’t mean we should discount the value of reintroducing megaherbivores altogether.

In Denmark, researchers have proposed introducing Asian elephants to a site near Copenhagen. They are the closest living relatives of mammoths, which we’ve not yet been able to resurrect. Similarly, there are already over 100 captive Asian elephants in the United States, which could be allowed to roam freely in larger enclosures.

Plans like these would increase the habitat and population of larger endangered species. They would also provide valuable opportunities to observe megaherbivores’ impacts on native plants and animals before larger-scale releases are considered, while improving the welfare of captive elephants.

Another example can be found in Australia, where researchers have suggested that introducing wild elephants and rhinos could help to control wildfires. By eating lots of plants that, when dry, fuel more frequent and hotter fires, the large animals could mimic the ecological role of species like the now-extinct 1.5 tonne wombat.

However, until such experiments actually take place in Europe, North America or Australia, we must rely on what is known about similar species in other ecosystems to have an idea of what to expect.

It’s important to point out that, just as elephants and giraffes reduce tree densities that have increased in their absence, their effects on other herbivores are likely a sign of the ecosystem and food supply returning to their more natural, healthiest states. This shouldn’t be an issue as long as we ensure, through careful planning and monitoring, that other plant and animal species aren’t being threatened with extinction due to rewilding interventions.

Whether we introduce ecological replacements for extinct giants or return existing megaherbivores to their former stomping grounds, the potential ecological impacts of reintroducing such large creatures on native plants and animals should not be overlooked as we ramp up rewilding efforts globally. DM