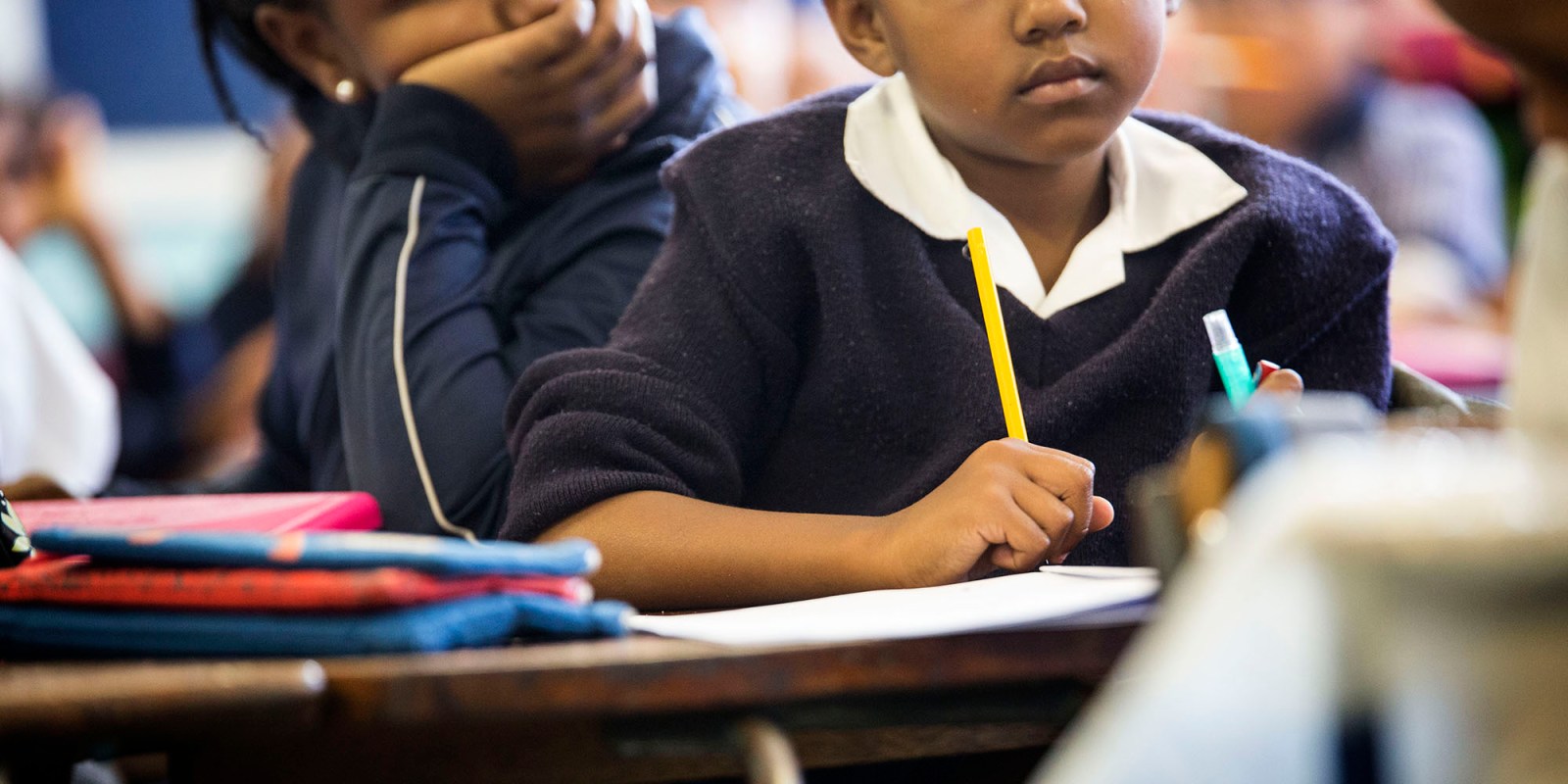 A general view of pupils in their classroom in Cape Town. (Photo: Leila Dougan)

The Three2Six Project has hundreds of children on its waiting list.

“I still remember when my mom first told me that I was starting school. It was the best feeling ever,” says Divine, now 22-years-old.

She was seven when her family left the Democratic Republic of Congo (DRC) to come to South Africa. They arrived in June 2006 and struggled to find places in public schools. Divine, who was supposed to be in grade 3 at the time, spent the rest of 2006 and 2007 at home – “watching my neighbours go to school,” she says.

“We did not have the specific documents and asylum permits yet, which the schools required. We also did not have our previous [school] reports, which was often one of the enrolment requirements. Private schools were not an option because of how costly they are,” she says.

Things changed for Divine and her family when they heard about the Three2Six Project – a bridging education project for refugee and immigrant children who are unable to access state schooling in South Africa.

Three2Six was founded in 2008 when Sacred Heart College, a Johannesburg school, started a process of dialogue with the local community and discovered that immigrant children, specifically children of refugees and asylum seekers, were struggling to get into schools, according to Charlotte Margerit, the advocacy, communication and stakeholder engagement officer for the project.

Based in existing schools (the host school), Three2Six uses the school’s facilities between 3pm and 6pm.

The project focuses on the primary school level and usually stops in grade 6. Once students graduate from the project, they go to mainstream schools, according to Margerit.

Divine and her older brother were among its first learners, attending the Sacred Heart College campus for grades 3, 4 and 5. After graduating from the project, she returned to it as a volunteer until she matriculated. She is now the project’s communications officer.

The project relies on donors and volunteers and is free for learners. They receive textbooks, stationery and uniforms, as well as a meal and a snack each day. They are taught maths, English and life skills by teachers who are also asylum seekers and refugees.

“Three hours per day does not sound like a lot of time but if you plan your lessons well and manage your time, you can cover the content you need to cover,” says Justine Kimbala, a Three2Six campus co-ordinator and one of the first teachers to be hired by the project.

She says being with people who shared similar struggles and understood her background made Three2Six “a second home” for her.

But for a while she was working in Rosebank sewing buttons onto clothes, struggling to find a better job while she awaited refugee status verification. She spent almost a month sleeping outside the Department of Home Affairs in Johannesburg to get her asylum permit.

The national Curriculum and Assessment Policy Statements’ curriculum is used and adapted for the three-hour teaching time. For example, “When you are teaching maths, you can include English skills by doing word sums with the class,” says Kimbala.

The project has grown from one campus with under 100 learners to include Observatory Girls’ Primary School and Holy Family College in Johannesburg, teaching 240 learners. More than 2,600 children have attended the project since 2008. But hundreds are on the waiting list.

The Covid-19 pandemic has seen some funding dry up and no international volunteers for almost two years, according to Margerit.

“In 2018 we had just over 300 students in the project, but that number has dropped because of a lack of funding,” says Kimbala. “It is difficult because you know that all these children on the waiting list are not in school and you want to do something but you don’t know what.”

Many refugee and migrant children are still unable to access state schools, despite a ruling by the Makhanda High Court in December 2019 on the Admission of Learners to Public Schools, which said all children must be conditionally admitted to school while parents try to get documents.

This year the project started a grade 7 class because children are struggling to get places after they graduate from the project.

“I have applied to about eight different public schools, but because I don’t have all the documents, they don’t want to accept me,” says a student whose Zambian parents have been in South Africa for many years.

A lack of documents is still being used to deny refugee and migrant children admission to schools, says Kimbala. DM