(Bloomberg) -- The U.K. will produce electricity only from renewable and nuclear sources by 2035 under plans set out by Prime Minister Boris Johnson’s government.

With the country grappling with a crisis that has driven natural gas and power prices to record highs and forced the collapse of a number of suppliers, Business Secretary Kwasi Kwarteng announced plans to further cut Britain’s reliance on fossil fuels. He told a conference of the ruling Conservative party on Monday that nuclear power has to be part of the solution in the U.K. energy mix.

Fossil fuel power generation in the U.K. has fallen to unprecedented low levels, as coal stations are shut down and investment in wind and solar power increases. More than half of the electricity now comes from low-carbon sources. But the country remains heavily reliant on gas, and Kwarteng wants that share to reduce.

“What we’re saying is that by 2035 we won’t have any fossil fuels,” he said, referring to power production. “We’ll have removed gas hopefully, as well as coal.” 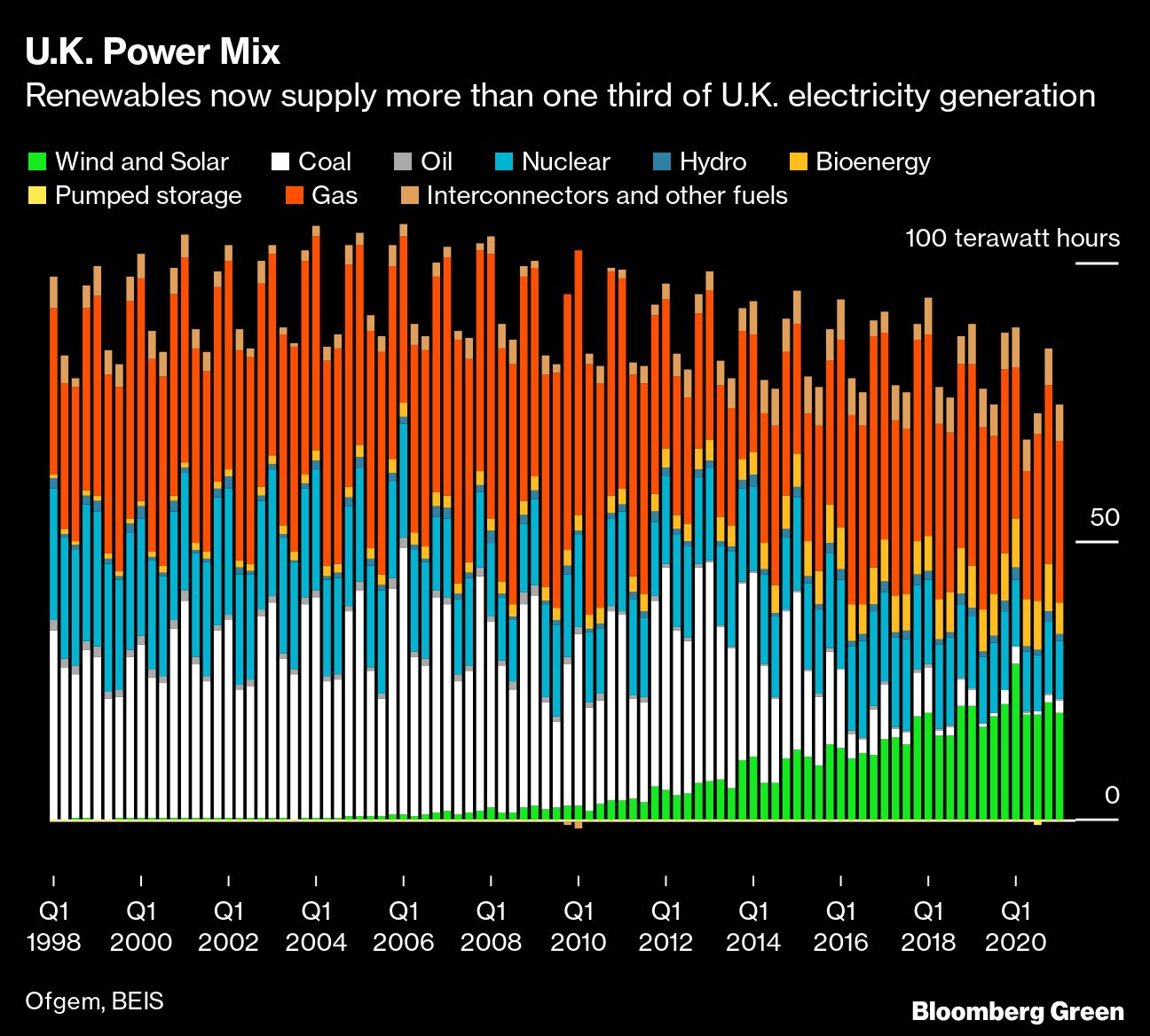 A bigger share of renewables and nuclear energy will also make the country less dependent on imports, Johnson told broadcasters at the party conference in Manchester.

“The advantage of that is that it will mean that, for the first time, the U.K. is not dependent on hydrocarbons coming from overseas with all the vagaries in hydrocarbon prices and the risk that poses for people’s pockets and for the consumer,” he said.

The Climate Change Committee, which advises the government on meeting its targets, said that gas use shouldn’t go unabated after 2035. That means the U.K. will need to step up its investment in carbon capture and storage technology.

Kwarteng has promised to set out a strategy this month for how the U.K. will reach net-zero emissions by 2050. He’s also expected to unveil a long-awaited plan on how to decarbonize the country’s heat supply.

The U.K. says net zero will be hard to reach without nuclear power, but atomic stations are expensive and take years to build. The government committed in December to financing at least one large-scale nuclear project by 2025.

But it has been trying to hammer out a deal with Electricite de France SA for almost 10 months. Things have also been complicated by the government exploring ways to remove state-owned developer China General Nuclear Power Corp. from all future projects in the U.K., Bloomberg reported in July.

–With assistance from Rachel Morison, Kitty Donaldson and Alex Morales.