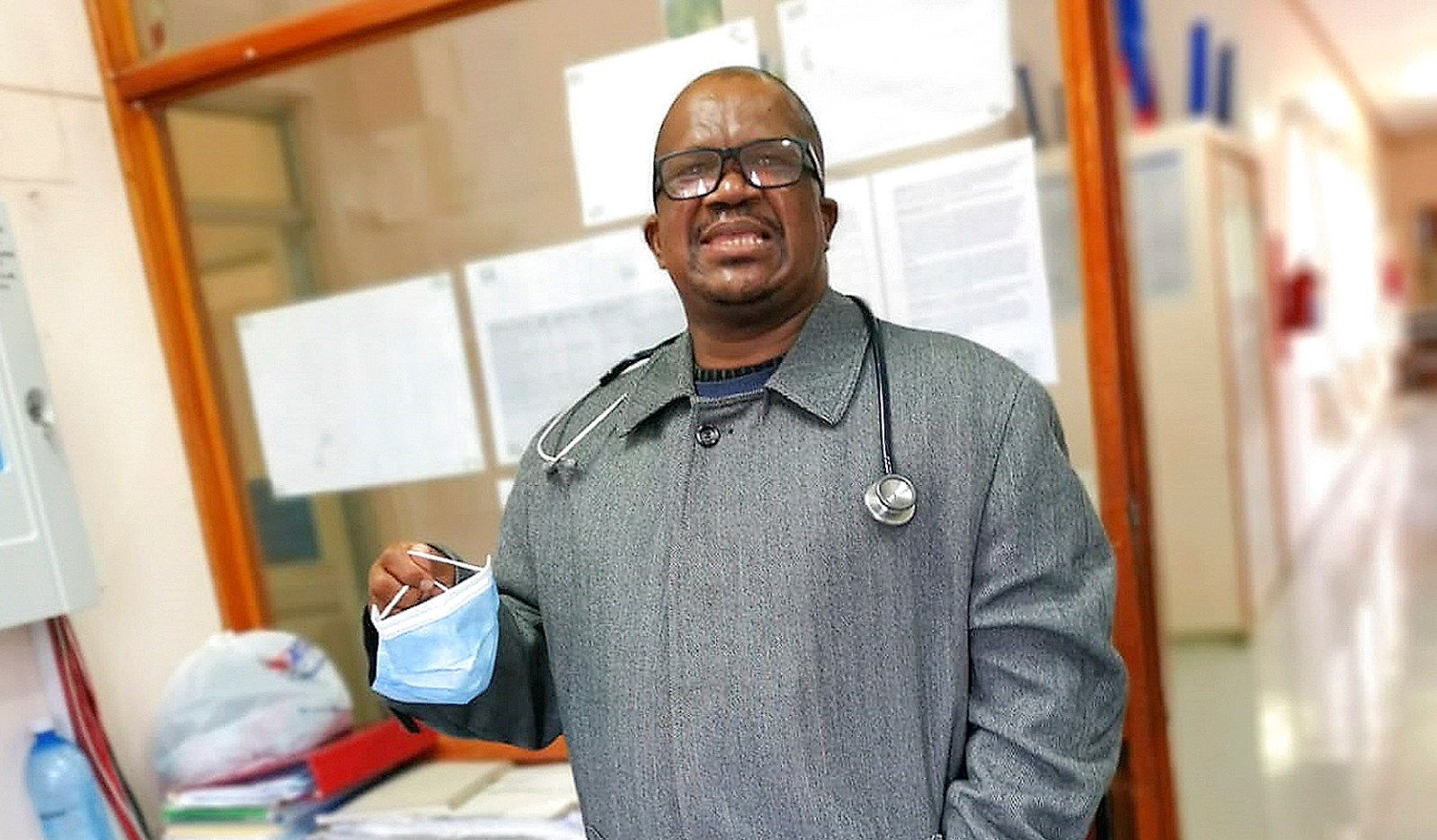 In between his ‘day job’ of helping women deliver their babies and looking after the health of the people of Willowmore, Dr Thami Hewu is determined to get more men to vaccination sites.

A 70-year-old man who was the sole survivor of a devastating outbreak of Covid-19 in his family has been on Dr Thami Hewu’s mind of late.

“He was the only one in his family who took the vaccine, and they were not nice to him about it. Then they all got Covid, and he didn’t. Now all but him are dead… his wife, his son and his daughter.”

Dr Hewu returned to the medical field after a stint as a chicken farmer. With a specialist qualification in obstetrics, he now works at the Willowmore Hospital in the rural Eastern Cape. Although he made his return to medicine “for our sisters”, it is the men of the community who have recently been weighing heavily on his mind.

“I returned to the Eastern Cape because I believed that our people needed a doctor. I was enjoying being a chicken farmer when the call came: ‘Dr Hewu, we need you.’”

Hewu was one of the speakers at an event organised by the Gift of the Givers to distribute much-needed supplies to Eastern Cape hospitals.

“The hospital didn’t have a bakkie available that day. I said we can’t get a gift and not go fetch it ourselves, so I offered my bakkie. Then they asked me if I wanted to talk after Health MEC Nomakhosazana Meth.

“I was under quite a bit of pressure. But there were a lot of drivers there that day so I thought I would take my chances and talk about why men didn’t want to take the vaccine. Many men tell me it is because they fear becoming impotent.”

The latest vaccine statistics for the province show that 61.9% of vaccinated adults are women – only 38% are men.

“I said to them right there, where everybody was listening, I am vaccinated and there is happiness at my house. I haven’t seen a decrease in my libido. Even in my patients, I have seen no such thing. You hear these stories, but there really is no evidence that the vaccine will lower libido.

“The only thing I can think of is that it comes from the fact that Covid-19 itself can damage the blood vessels. The myth might be coming from there.

“People are in denial about many things here. Smoking, drinking, being overweight and a lack of exercise can all cause a drop in libido, but now the poor vaccine gets the blame and impotence becomes an excuse not to take it,” Hewu said.

He said men who got their first Pfizer jab seldom returned for a second dose. “The vaccinators tell me at the school there is a class of 50 pupils. Only three are vaccinated.

“The mindset of our people is very difficult to comprehend,” he said, adding that convincing those who are hesitant needed a careful and patient approach. “You must erase all the reasons why they are not keen to get it.

“There are patients here who got Covid-19 and even post-recovery they are still not keen to get the vaccine,” he said. “We see the same thing with smoking and it breaks my heart. You would have a patient with a chest that is so very tight and you battle to get it open again, and as soon as they can, they will be outside having another smoke.

“I think a lack of education is a major barrier. Everybody is saying the vaccine was developed too quickly that is why they don’t want it. They say that even I, their doctor, haven’t had the vaccine long enough to say that nothing will happen.”

But Hewu is not easily discouraged. He knows the value of life. When he shares pictures of his work, he includes those of moms proudly showing their newborns.

“I will just keep on trying,” he said. DM/MC