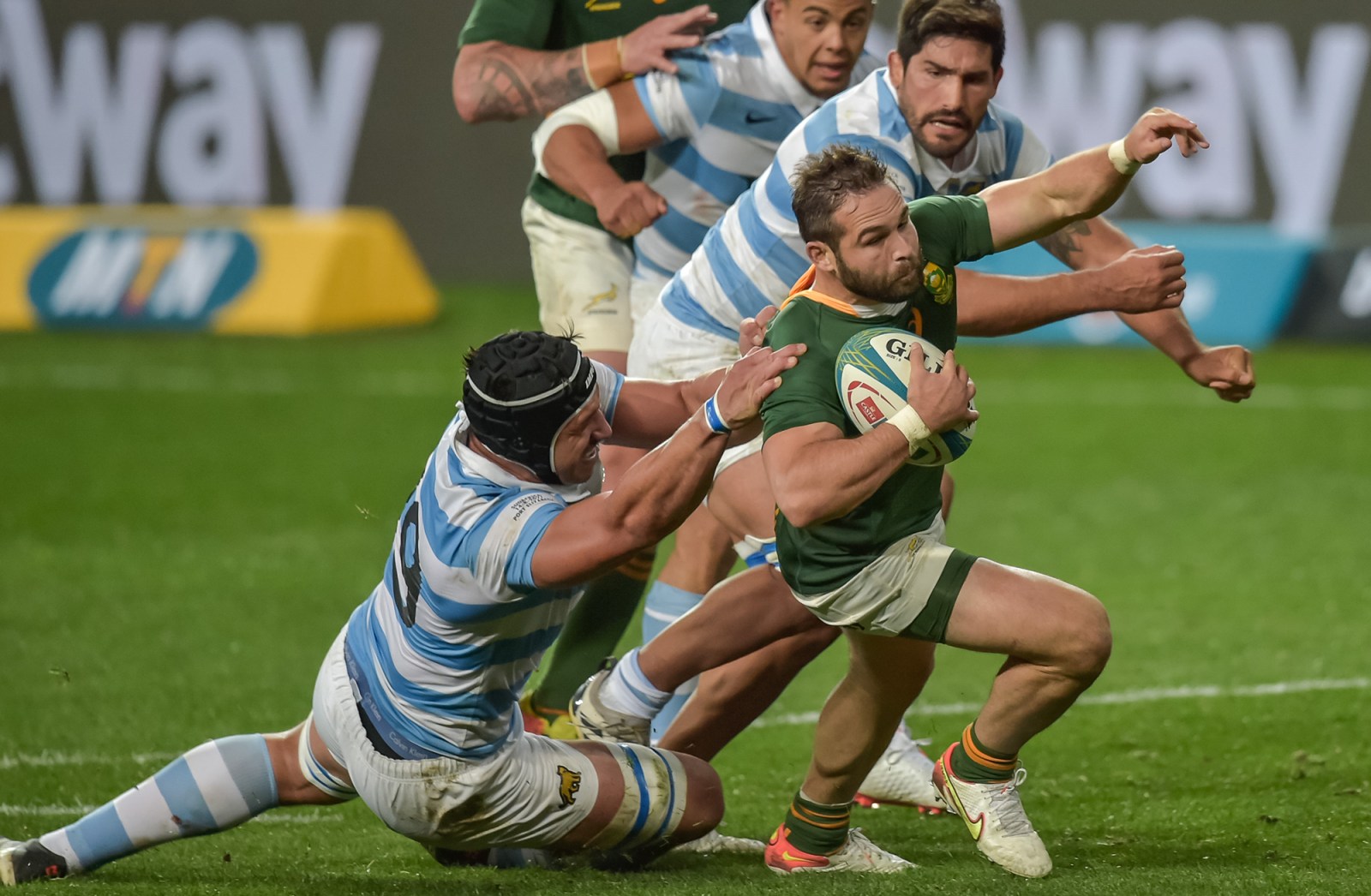 The Pumas will enter their final clash with Australia without six of their squad members.

Six Argentina players and two staff have been kicked out of the Rugby Championship for breaching its health rules after taking an unauthorised day trip to the New South Wales resort of Byron Bay, competition organisers said on Thursday.

The Rugby Championship, which also includes Australia, South Africa and New Zealand, has been operating under strict biosecurity protocols in the northeastern state of Queensland due to Covid-19.

Governing body Sanzaar said the Pumas group had broken the competition’s rules by travelling across the Queensland state border with New South Wales to visit the popular tourist destination on Wednesday.

“Sanzaar is very disappointed that such a breach has occurred given the clear rules that are in place to ensure the health and safety of all players and staff, and compliance with all relevant health orders,” it said in a statement.

Argentina have now been left without back row enforcer Pablo Matera and teammates Sebastián Cancelliere, Joaquín Díaz Bonilla, Felipe Ezcurra, Santiago Medrano and Santiago Socino for their final match against Australia on the Gold Coast on Saturday.

The group tried to re-enter Queensland but were turned back by police for lacking required documentation and had to stay at a hotel in New South Wales overnight.

Sanzaar said they would remain in the state until rejoining the squad on Sunday before leaving Australia.

“All are in perfect health, staying in a hotel in the area, waiting for their condition to be resolved,” the UAR said, adding it was a “top priority” to bring them back to camp.

“In parallel, an internal process has begun to clarify what happened and determine the corresponding responsibilities.”

The four Rugby Championship teams have been restricted to their hotels and training as Queensland authorities scramble to stamp out a small outbreak of Covid-19, having been largely free of the novel coronavirus for months.

Queensland’s border is effectively closed to New South Wales, which has been dealing with a larger outbreak centred in Sydney.

New Zealand coach Ian Foster said the Covid rules were “clear and obvious” to his team.

“It’s very transparent to us that there’s a border between Queensland and New South Wales,” Foster told reporters.

After five straight defeats in the tournament, Argentina will head into their final match short of personnel but Australia coach Dave Rennie said they could not be taken lightly.

“There’s plenty of motivating factors for them,” said Rennie.

Argentina’s recent trips to Australia have been plagued by controversy.

After the high of beating the All Blacks for the first time in last year’s Tri-Nations, the UAR stripped Matera of the captaincy and sanctioned Socino and teammate Guido Petti after revelations the trio had posted racist comments on social media between 2011-13.

In this year’s Rugby Championship, coach Mario Ledesma complained his team had been “disrespected” after being left out of a captains’ photoshoot and said no one cared about the welfare of his players, who have been unable to play a test at home in two years due to Covid-19. DM/Reuters