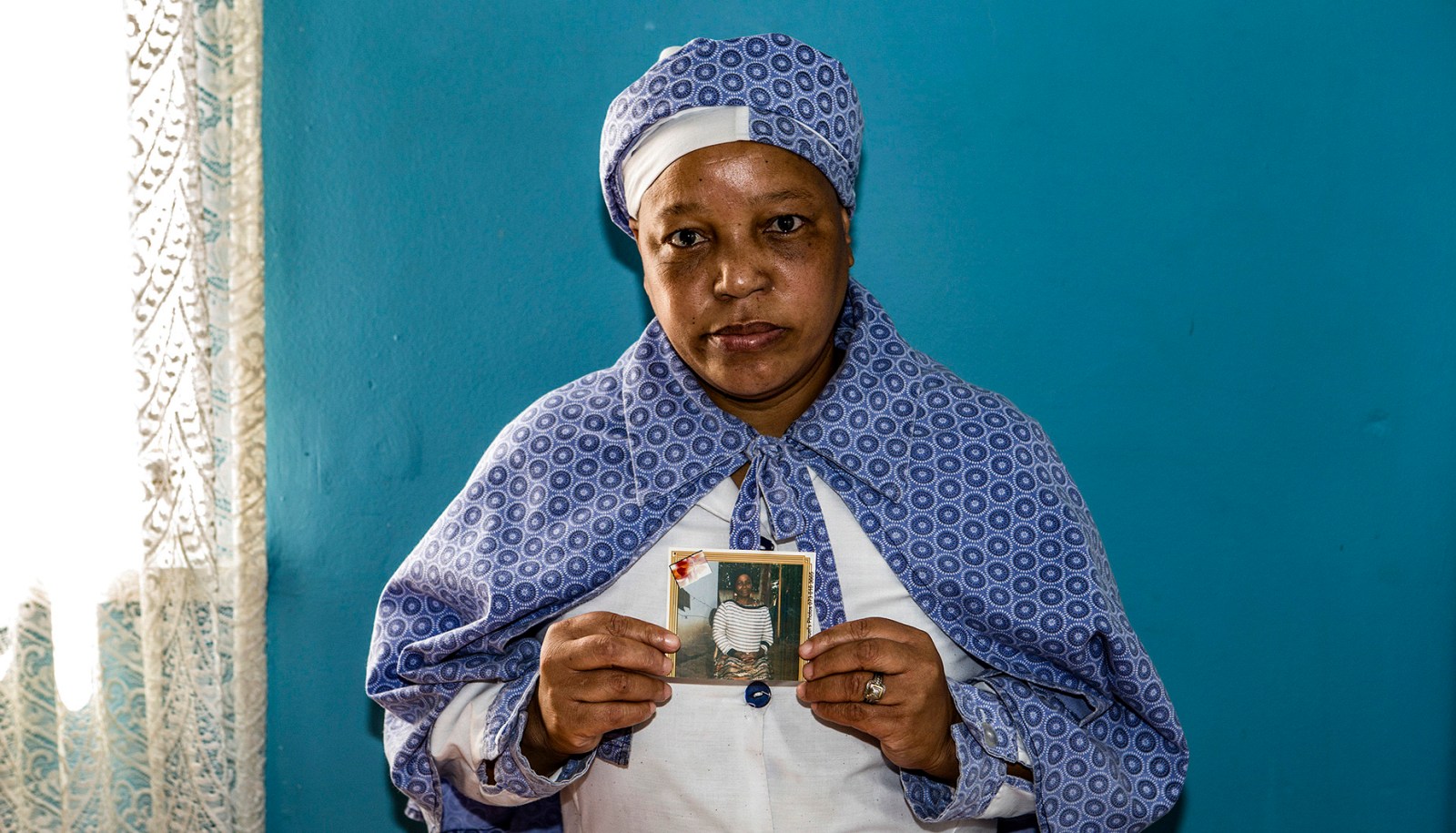 Rosy Tshabalala with the only photograph she has of her late mother Julia Kedibone Tshawe. (Photo: Mark Lewis)

The inquest into the Life Esidimeni tragedy will resume on 4 October 2021. It will determine whether there can be any criminal liability for the deaths of 144 mental health care patients who died in the care of the South African public health system. Patients died from neglect, starvation, torture and abuse. The inquest, being held via Zoom, is often mired in legal debate and technical mishaps.

It can be easy to forget that people are at the heart of this horrific human tragedy.

Their lives and stories matter. The inquest is primarily about the patients’ and their families’ pain, struggle for answers and their ongoing fight for justice.

One day a travelling photographer came past the Tshabalala house and asked if he could take a photograph of Rosy’s mother, Julia. Today it is the only photograph the family have of their beloved mother and grandmother.

When Rosy’s children look at the photograph, they remember how their grandmother read them stories when they were little.

Julia Kedibone Tshawe had suffered from mental illness for a long time which got gradually worse. Rosy tried to care for her mother at home. But it became very difficult for her and the safety and well-being of her children. Her mother needed specialised care. So, Julia eventually moved to Life Esidimeni in 2009 and Rosy visited her regularly.

On 30 June, Rosy received a text message to say that her mom had been moved to Mosego Home.

Rosy and her husband went there the next day. A nurse told her; her mom’s name was on the register, but she had been moved to another NGO.

Rosy was sent from NGO to NGO looking for her mom.

Finally in August, two months later, Precious Angels told her to go to Kalafong Hospital, where she was informed her mother had died. She had died in July already and her body had laid in the mortuary all that time.

Today Rosy still does not know how her mother died, as a post-mortem was not conducted on her corpse. She is angry. “Why have the people who did this got away with it? They must be punished and account for what they did,” she says. DM/MC

To find out more about the Life Esidimeni tragedy and mental health care in South Africa visit https://www.lifeesidimeni.org.za/