All Rhyme, No Reason: The not-quite extinct limericks t...

All Rhyme, No Reason: The not-quite extinct limericks that underscore the decline of endangered species 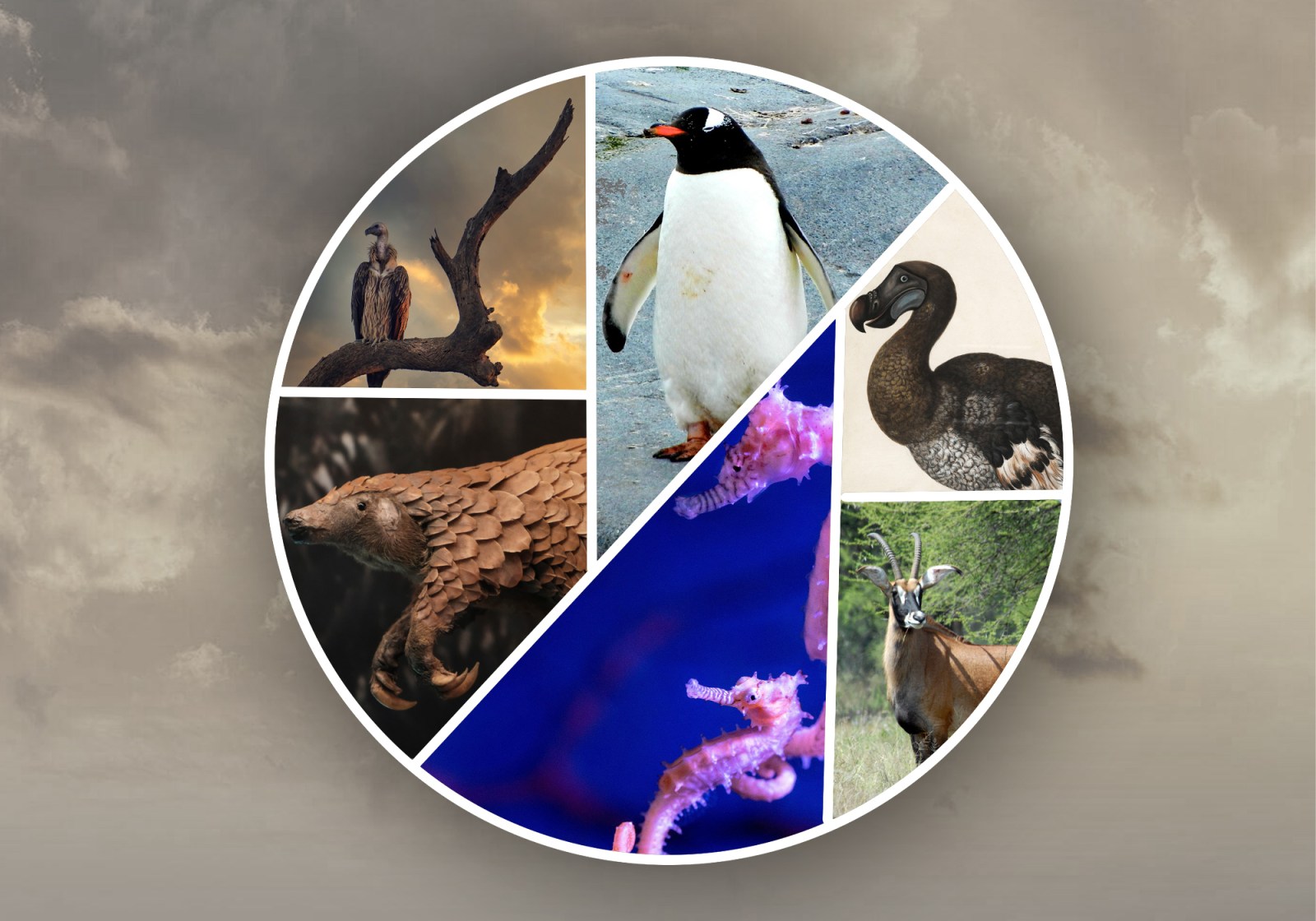 A poetry and prose collection by Ian Moll explores the decline of some of the world’s extinct and most endangered species at the hands of humanity.

Saw only fowls for their voyage-end feast

Rape the world their only thought

This poor bird counted for nought!

Do we go on till all species have ceased?

This mammal they say defied every rule

Wiped out for meat — colonial fool!

To be or not to be, was that Hamlet’s question?

Or a Colobus on the edge of extinction?

Fifty years past we thought it gone

Enough to shuffle off this mortal destruction?

A tight, tight ball of scales on a bubble

Armour that puts this creature in trouble

Why hack off its skin?

A body bloodied, left in the rubble

He kind of wished he had never been born

Of men on the poach

All he could think was the loss of a horn

“A curly horse upside down in the sea”

That was my daughter, enraptured, at three

Why did I tell her, right there and then

Her little horse a victim of Men?

I could have spared her such cruelty

These ‘kreef’ we haul from their sea, unjustly

To end up on a plate

Just their heads in a bin going musty

The big fellas had a whale of a time

Till, from the West, came the worst kind of crime

Took them out, forever, much before prime

Hardly macho, this shark, it hides in the deep

It had best keep still without one little peep

Many want its fin for a snack

They cut it off, throw the shark back

This is slaughter, cruel, immoral, even cheap

This is a bird whose feathers don’t ruffle

But then catch them we can

They end up in a pan

To save this bird is surely a scuffle

What a pickle our Cape Vulture is in

It eats just dead bits to be had

So to kill it off is surely no win

Savage packs of dogs (worse than others, by far)

Bite slow holes as their dinner drops to the tar

But this is what nature’s about

We cannot but allow their rout

For to ignore this would be just about par

A sighting so rare kindles desire

We’ve killed it for sport

Sad fact is its chances are quite dire

Its horns are like crescents of steel and of light

Numbers though are just too thin

We’ve shot, poached, fenced it in

Now we worry about the beast in its plight!

In a forest of some plight

When bulldozers and chainsaws outnumber the trees

Profits and losses bring our nature to its knees

Tiger will give up the fight

In a world with more fluffy play pandas right now

Than the real live ones that our conservings allow

It is worth just the thought

That her safety’s not bought

But fought for, and shouted for, with constant know-how

Once trapped reasonably for Inuit homes

Our ice caps are melting

And killers not dwindling

Will this rare bear be among the unknowns?

Vibrant feathers that fluff out your big head

But please understand, the donor’s near dead

Fashion can be the death of a bird

Why do you do it, you pompous biped?

From eggy or tummy? Duck or beaver or fish?

A platypus is conceptually quite squeamish

But because it don’t fit

Means not one little bit

That we do not protect it with every last wish

We named this fox for a true, smart primate

Who understood well that species to date

Adapt, and adapt, only so far

No creature survives this disaster

So, this fox, it seems, may not procreate

That this gentle, giant ape of the East

Should be thought of as an edible beast

Yet we treat it as a gorge ourselves feast

Gentle giants that must hide in order to last

In the deep green forests of our ancestral past

In movies and books, we fear them so

But truth be told, we’re the killers, no?

As trees die and get scarce, so they will too, and fast

The chimpanzee and me, we see easily

Are as close as are cousins genetically

Not just an ape in a city

And a dwindling ape in a tree

But a mirror of the animal in you and in me

Only two kinds of ape dig sex for the sake

One’s the Bonobo, then a guess you’ll make

Our kin and kind we kill and eat —

Oh what kind of lust we set out to slake!

It slashes and burns, it hunts and spews smoke

As animal, it’s a bit of a joke

How to get in its head

That its species looks dead?

Best that it soon be extinct with a choke? DM/ ML

Ian Moll is a retired member of the School of Education at the University of the Witwatersrand. His PhD was in cognitive science and education from the University of Geneva. During his career, he has been a teacher, a trade unionist, a government bureaucrat, an NGO researcher, visiting professor at the Universities of Makarere and Witwatersrand, and lecturer in educational theory, psychology of education, and online instructional design. His latest publication is “The myth of the Fourth Industrial Revolution”, Theoria, 68 (167), 1-38.

All Rhyme, No Reason: The not-quite extinct limericks that underscore the decline of endangered species