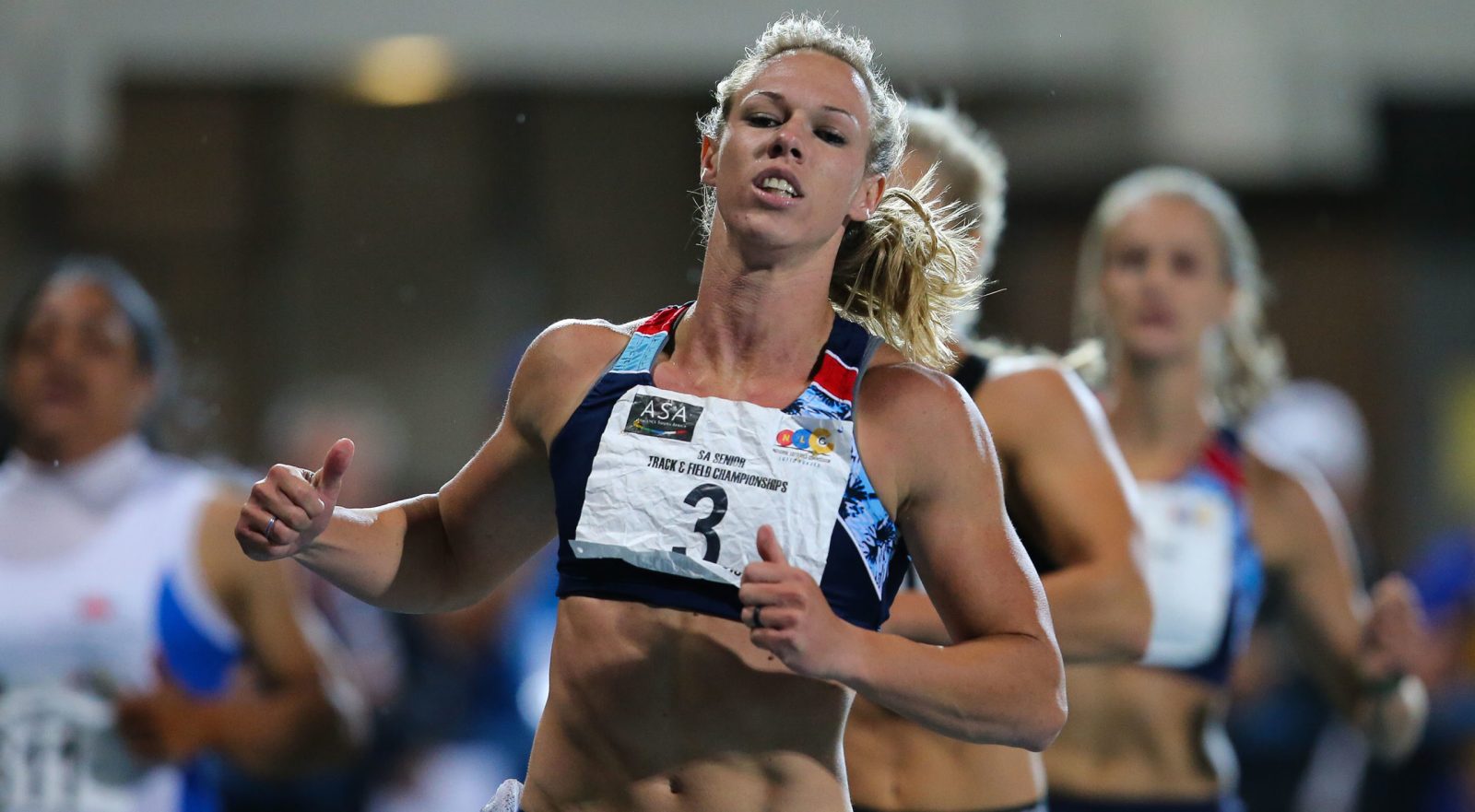 Watching the Games was too hard, but soon after they ended, Carina Horn got her running pass back.

Two weeks ago, the South African sprinter who couldn’t represent her country in Tokyo because of her provisional suspension while being investigated for a positive drugs test from 2019, received news from World Athletics’ Athletics Integrity Unit (AIU) that she’s free to compete again.

The decision to allow Carina Horn, SA’s 100m record holder, to resume her career appears to have been made on the basis of two things.

The AIU accepted her privately commissioned scientist’s findings that her claims that the Ibutamoren and LGD-4033 found in her system came from contaminated pre- and post-workout supplements were true.

And it took Horn up on her offer to chalk up the two years she’d spent away from the sport to time served as her acknowledgement of the strict liability policy.

And with that, an ordeal which began with “adverse findings” in a dope test taken in September 2019 – meaning she never got to capitalise on becoming the first SA woman to dip under 11 seconds in the 100m by competing at the Doha World Championships or the Olympics – was over.

“I’d just finished training and my lawyer asked me if I could take a Zoom meeting quickly,” Horn tells DM168. “Then he told me the AIU had accepted my offer. It was a feeling I couldn’t explain, there was no emotion but the tears were running down my face – it was unbelievable.

“It was a good feeling, the one way I can describe it is it must be the same feeling as winning a gold medal at the Olympics, I guess,” she says.

Horn said the AIU had initially tried to press on with a four-year ban, an offer downgraded to three years if she “stopped fighting”: “My heart couldn’t go with it because I knew the truth in my heart. My lawyers said even though I had a good case they couldn’t promise me anything and you never know what is going to happen.

“So I decided to follow my heart and said I wanted a hearing, which we had in July. Then I got a scientist who proved the amount of banned substance found in my system was exactly the same as that found in the contaminated supplement.

“The report was so good we were going to use it at another hearing scheduled for September 10, and the advice I got was that I could win or lose.

“If I won there would be no ban, or we could make them an offer to only accept two years because I’d already served it – then they called me to accept my offer because they could see it came from the supplements and it was not intentional.”

Horn understandably feels vindicated. She told DM168 in January: “I believe I still have a career left and God will give me answers. You have to show your faith if you really want something, it’s not just going to come to you.”

But while some may feel the timing of that “vindication” was rotten, she said she had grown over the period. “I feel differently about it now than I did a few months or even weeks ago. In the beginning it was very difficult but the whole process helped me grow as a person and as an athlete.

“So I look at it differently: it was disappointing and hurtful to miss the World Championships and the Olympics, but this is probably what I needed going forward.

“I can be a very stubborn athlete in that I always want to go heavy and argue with my coach if he wants me to train on grass or only do bodyweight exercises. With the [enforced] rest and everything happening I think it was good for me to go forward.”

Apart from missing out on competitions – Horn’s 10.98sec personal best would have been good for sixth in the Olympic final – and the mental toll this has taken (she admitted on social media that there had been times she had considered taking her own life), the cost of the entire ordeal has been astronomical.

“I’ve had three different lawyers and the first one was an American who took a deposit of $20,000 [about R297,000], and that was only the deposit,” she explained. “So the cost of this case was a lot of money because I also didn’t run for two years so I didn’t have that extra income from races – so it was a lot out of my pocket.

“I’m much better than I was two years ago but my emotional and mental state – especially during the first year of the case – was very bad,” she said.

Yet in keeping with the philosophical mood she currently finds herself in, Horn said she was not angry: “There was a lot of anger in the beginning, but like I said I’ve grown as a person over the last two years so there’s no anger in me.”

Besides dealing with her case, Horn has also been in the wars, testing for Covid-19 twice, suffering a spider bite that kept her out of commission for two weeks and having a niggling problem of stitches from a mole removal which kept reopening.

Being explosively built like most sprinters, Horn said she had been offered the opportunity to try her hand at rugby, but “I didn’t go for it because I know what I want in life”. With her provisional suspension lifted, she can now go back to pursuing what she really wants. “I’m back in a training routine again and generally getting ready again,” said the Rio Olympics semifinalist. “I’m not going to come back to just run in Olympic semifinals, I want to be in the finals, that’s what I’m aiming for at the world champs [in Oregon] and the Commonwealth Games [Birmingham].

“I want to be world class again, I want to be better than I was before and I won’t set foot on a track until I believe I can.”

Despite not being able to bring herself to watch the Olympics because her “heart wouldn’t have taken that”, the 32-year-old did get enough of what happened on social media, the most important thing to catch her eye being Jamaican veteran Shelly-Ann Fraser-Pryce’s form.

Fraser-Pryce, who is two years Horn’s senior, won Olympic gold for the 4x100m relay and silver in the individual sprint in a year in which she ran her personal best despite her advancing years. Horn has taken that as her inspiration going forward. DM168