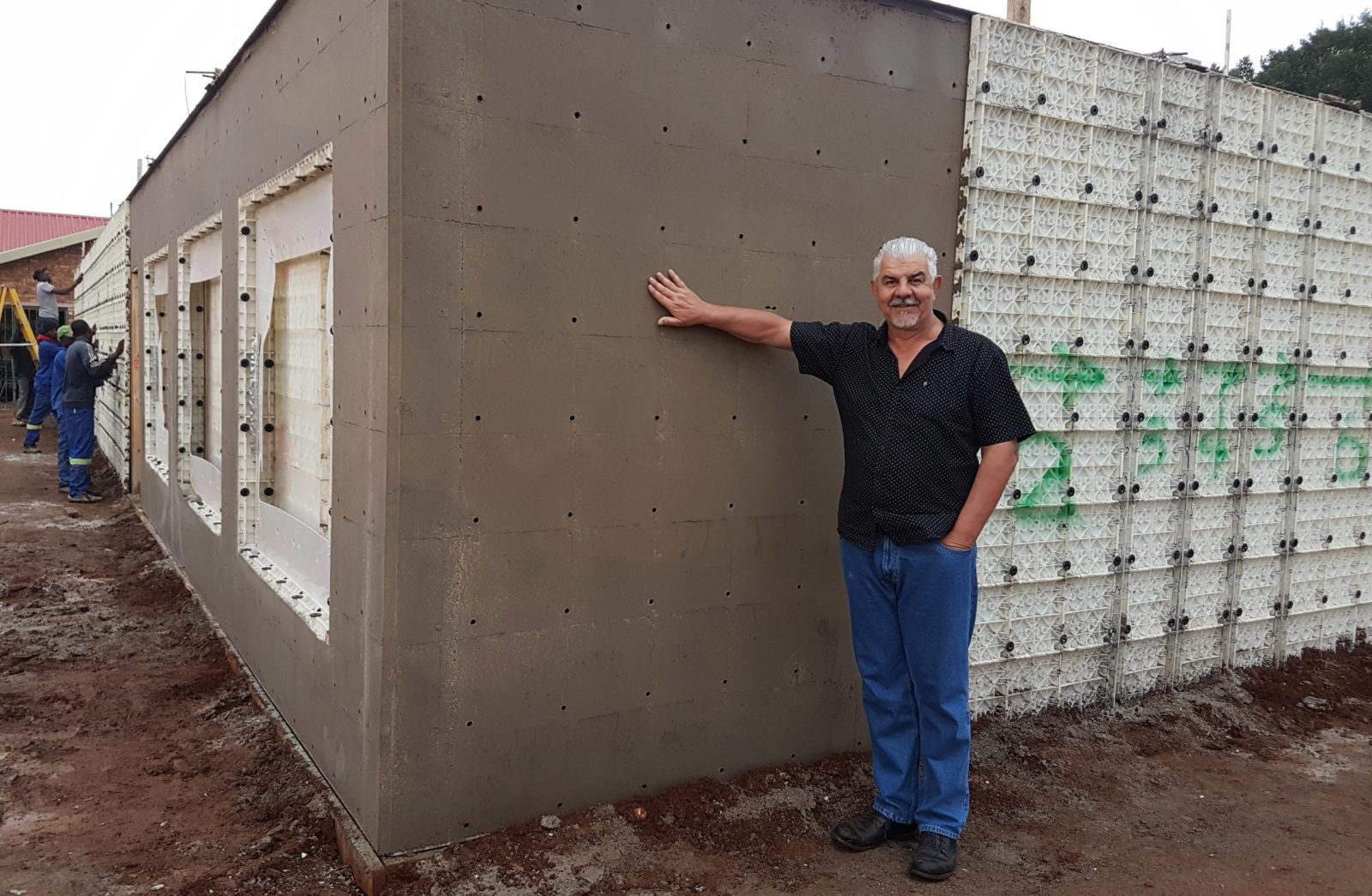 Modular construction firm Moladi says it will be delivering 60,000 houses to Ghanaians in 10 years.

This follows similar but smaller agreements in Côte d’Ivoire and Cameroon. Madagascar also has plans to develop three new cities with 20,000 homes per city and has expressed interest.

The Moladi building system is less expensive than traditional brick and mortar. It comprises a reusable plastic formwork mould, which is filled with stoneless concrete and a special chemical additive. The additive ensures that once the mortar is set, the formwork can be removed – and reused up to 50 times.

Recyclability and simplicity help to keep construction costs down. The model also allows for rapid construction as the wall structure can be completed in a day.

Moladi founder Hennie Botes estimates Moladi’s construction costs at R4,030/m², compared with the Statistics SA average of R7,000/m². As the construction technique is simple, skills can be transferred to the local communities in a short time.

“Don’t speak to me about the Fourth Industrial Revolution when there are 12 million unemployed people in South Africa alone,” says Botes. “It is not the 4IR that is going to get people to work. We have neglected the jobs at the base of the pyramid.

“Not everyone is good with maths and science. We need to start producing doors, window frames and roof sheets for ourselves  instead of importing them from China. If we do not produce jobs for the people at the base of the pyramid, that does not bode well for our 800,000 unemployed graduates at the top of the pyramid.” In Ghana, the intention is to build 6,000 houses on government-allocated land in the first year.

To streamline the process, Moladi has established a home loan division that works with banks and other donor funding organisations to offer bonds to qualifying public servants for terms of 10, 15 or 20 years.

The monthly mortgage will be deducted by the government (the employer) and transferred to moladiHomeLoan and the dividend paid to the banks or investors.

Despite his passion for job creation and low-cost infrastructure, Botes has had more success elsewhere in Africa than in South Africa, where Moladi has been limited to building classrooms for the departments of education in the Western Cape, Northern Cape and Gauteng. DM168