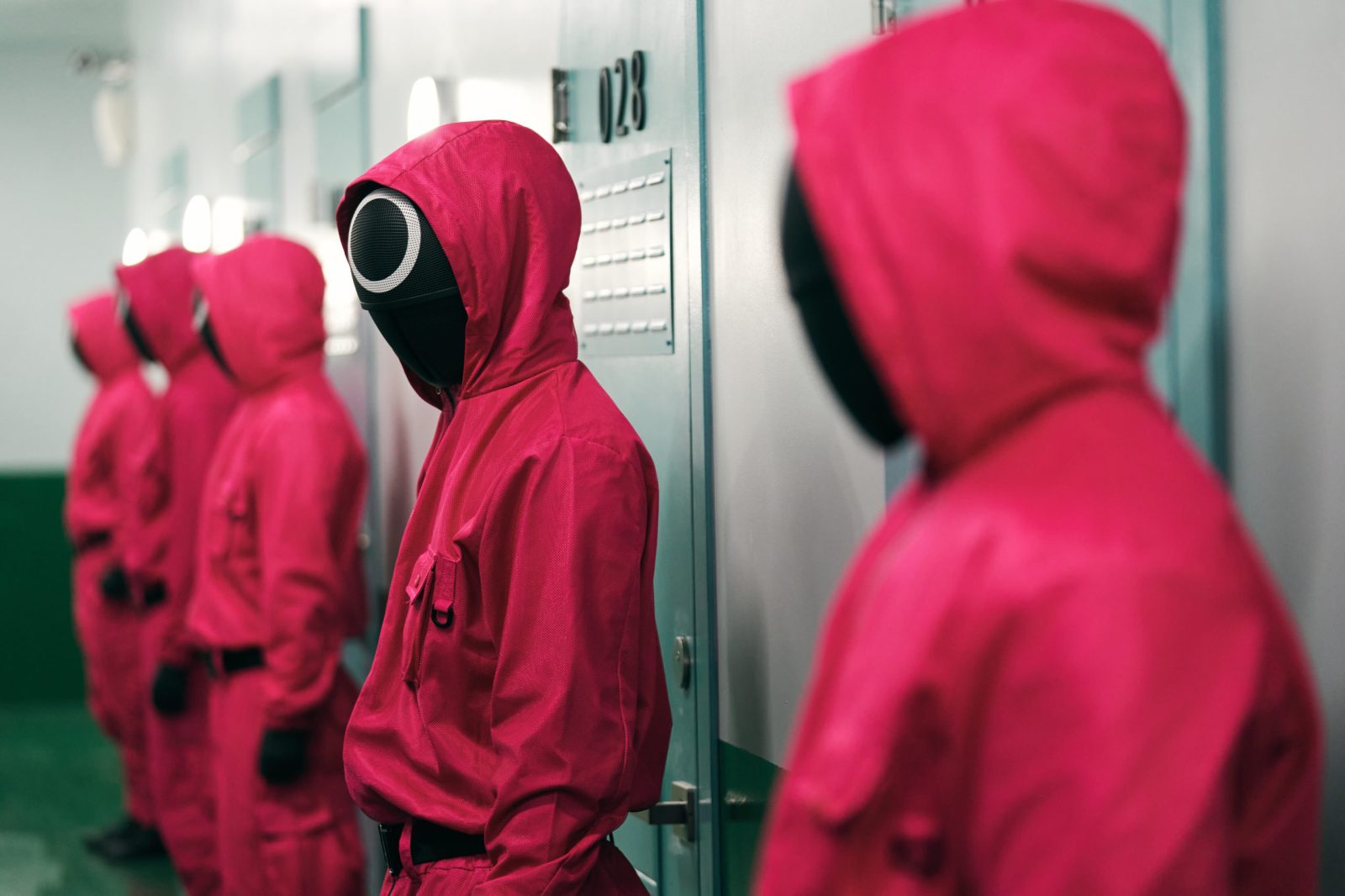 ‘Squid Game’ takes the trope of a dystopian survival game to an atypical conclusion – the illusion of choice in our dog-eat-dog, money-driven world.

Squid Game is a new Netflix K-drama about a mysterious competition in which contestants play children’s games with lethal ramifications. One is tempted to describe it as dystopian or science fiction, but it isn’t – unlike the many other movies and shows that use the trope of canned violence, Squid Game takes place in the present day.

Movies like The Hunger Games, Maze Runner or The Cube are usually set in the near future, not just for creative license, but also for the benefit of a thin illusionary film of separation from reality that reassures an audience that the horrors they see are not actually possible today. Squid Game denies this comfort – everything that takes place would be possible in our current world.

The 456 participants take part in six games, and the winner will receive ₩45,6billion. Squid Game is also unique within its genre in that the players in this horrific scramble for survival are constantly given the choice to leave, and the main point that director and writer Hwang Dong-hyuk makes in the series is that this choice is a ruse.

The protagonist, Ki-hoon, is a gambling addict and a bit of a scumbag who’s in deep with loan sharks. Unable to kick his self-destructive habits he cannot support his daughter, and out of desperation, he accepts the offer to participate in a sinister game he does not fully understand.

Each of the contestants that agreed to participate in the game did so out of similar desperation. Whether it’s a Pakistani immigrant being ripped off by his employer, an old man trying to provide for his family before he dies, or a North Korean defector trying to smuggle her parents South, everyone there has been betrayed by a system that saddles them with impossible choices and then calls it fair when they suffer the consequences of choosing.

The faceless people in red jumpsuits who run the game constantly address the contestants in a robotic fashion, offering them cruel and manipulative choices. “Every person here is living on the brink of financial ruin … Will you go back to your old depressing lives, getting chased by your creditors? Or will you act and seize this last opportunity we’re offering here?”

These scenes bear a striking resemblance to those of Money Heist, in which a small group of threatening captors in red jumpsuits and masks tease their vulnerable prisoners with similar gambits, but the point is made more brutally and effectively in Squid Game.

The illusion of choice shifts the thematic significance of the competition. Rather than a rebranded take on Lord Of The Flies commenting on the innate immorality of humanity, the moral imperative of Squid Game is the immorality of late capitalism.

To get to their fatal game, the contestants must walk single file through a freakishly child-like geometric labyrinth of stairs reminiscent of M.C. Escher’s famous lithograph Relativity. This colourful, unnerving scene evokes the futility of our daily rat race, with people walking aimlessly up and down, focussing so hard on getting somewhere that they melt into a homogenous mass of disposable bodies.

The giant kitsch sets are likely a reference to real game shows like Takeshi’s Castle, a Japanese sensation of the late eighties in which contestants often humiliated themselves attempting silly tasks designed for failure in the hope of winning riches and a fleeting moment in the spotlight.

Squid Game is not all about the challenges – it’s still a K-drama, so most of the screen time is spent on the interactions between the contestants and their backstories, rather than the violent games themselves. Actual reality TV shows are much the same. While Survivor pits contestants against one another in physical challenges, the bulk of each episode is filled with politics and social dynamics rather than the challenges or the survival itself. The stress of survival (metaphorical or not) provides the context for what we’re really after – gossip and insight into human nature.

People are fascinated by competition, but there is usually a built-in safety net much like the thin film of sci-fi that siphons our guilt at revelling in the losers’ defeat. We can laugh at the contestants on Takeshi’s Castle because they are not physically hurt and they are there of their own volition. We can even watch men beat one another to a pulp in boxing matches with a clear conscience because we feel content that they have made their own choice to be there.

But we are seldom aware of what these choices actually looked like for the individual people who made them, nor do we witness the consequences they face once their moment in the spotlight is over. The capitalist narrative around choice is blind to context and unsympathetic towards the ambiguity of the real world. It is wrong to condemn drug addicts, the unemployed or convicts by blaming their situation on bad decisions when their alternatives may have been depression, an abusive employer or starvation.

Squid Game struggles to tie up its messaging regarding human nature, but it makes a clear point about our susceptibility to manipulation towards evil within a hierarchical system that pits us against one another. It may be premised on overused tropes, but those who are interested in such metaphorical commentaries will be pleased to see that there are no punches pulled. DM/ ML

Squid Game is available in South Africa on Netflix. You can contact This Weekend We’re Watching via [email protected]