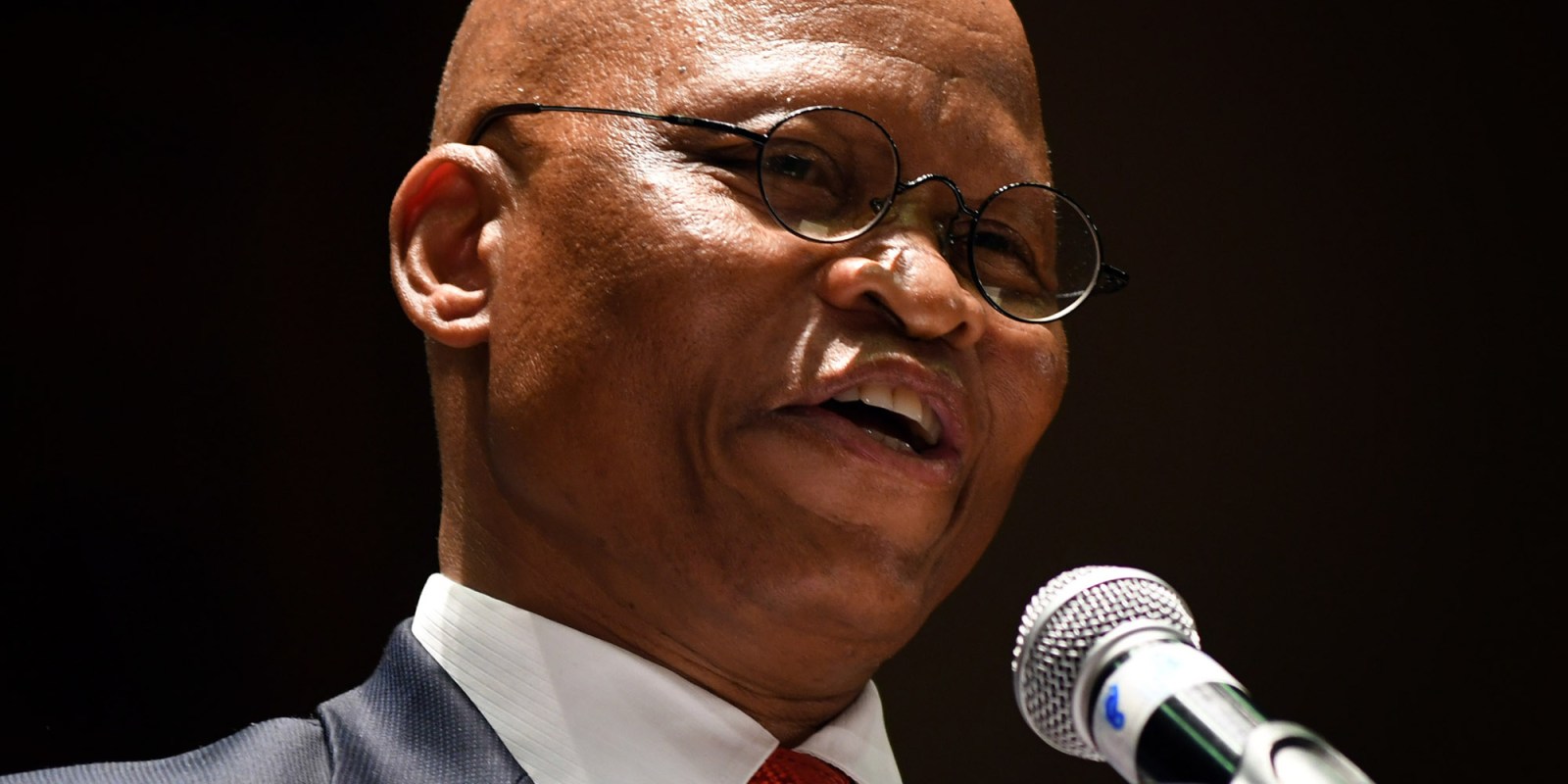 Chief Justice Mogoeng Mogoeng is on his way out, as his term comes to an end in October. And on Wednesday, the Chief Justice of the Republic of South Africa made sure he did so with some good old New Testament fire and brimstone.

In Chief Justice Mogoeng Mogoeng’s almost three-hour “message to South Africa” at the Vosloorus Kingdom Covenant Assembly on Wednesday, there were claims that God had promised to make him “the most influential Chief Justice the world has ever seen”, that he had been divinely chosen to the position and that he was now ready to go to war against the forces of evil.

The “greatest revival ever in the history of the Earth” was about to happen, he prophesied, and South Africa was soon set to become its epicentre – “the glory bowl of revival” – spreading then to the rest of the continent and the world.

Whether this was the Chief Justice’s launch into his new life as an “anointed one”, only God knows.

Mogoeng began his fiery address with the New Testament apocalyptic favourite, the Book of Revelation, and a trippy tale about a red dragon with seven heads who stood before a woman giving birth, just waiting to devour the child (Rev 12: 1-5).

“Who has bewitched us?” he asked.

The Chief Justice said the Bible text had been “given to him by God” to read so he was just going to go ahead and we were to make of it what we must or will.

He then skipped to the Book of Kings and the tale of Jezebel, the divider wife of Ahab.

The moral of their story, of course, is not to ignore prophets, and in Mogoeng’s eyes (and those of his fellow saints and anointees present on Wednesday) this is what he is, like Daniel, opined one of those gathered at the start.

Do watch the entire three hours, we may have missed a huge amount, not having internalised this world of wizards and snakes, devils and assorted abominations working through other people who were enemies of God.

The red dragon of earlier, said Mogoeng could be spotted all over the provinces – “you can see for yourself”.

“This country, this continent and other nations of the Earth are being manipulated, deceived, taken advantage of by a great red dragon,” said Mogoeng.

“Before you know it, resources are gone, taken by the one who is just waiting for the baby to be born. It is part of trying to devour the baby before it even comes out.”

Which led into a stream of consciousness about the levels of immorality in South Africa being unprecedented.

“Those with the critical power and authority to turn the situation around have to deal with the great red dragon and Jezebel and Rahab [the harlot, apparently] and the Queen of Heaven who have connected at Cape Agulhas and indulged in their sexual immorality, unimaginable perversion! Shedding innocent blood while we are all watching with all the keys, all the instruments, all authority God has given to us!”

Jezebel had “broadcast stories, on radio, on television about an innocent soul” (apparently a man killed for his inheritance) and was as responsible for his death as were the “worshippers of the media”.

People today wanted to amend the Bible or interpret it to suit the modern world, but they were doing the devil’s work.

He said there was a “fierce war in South Africa and across the nations of the world” between “the dragon, the leviathan, Rahab, the Queen of Heaven, Mammon, Belial, and any other form that the enemy may wish to assume in order to achieve his objective.

“I say it with all sense of humility, no man can stop me from doing what I want to do, only God can!” the Chief Justice proclaimed.

“Who is big enough to call us together?” he asked. DM