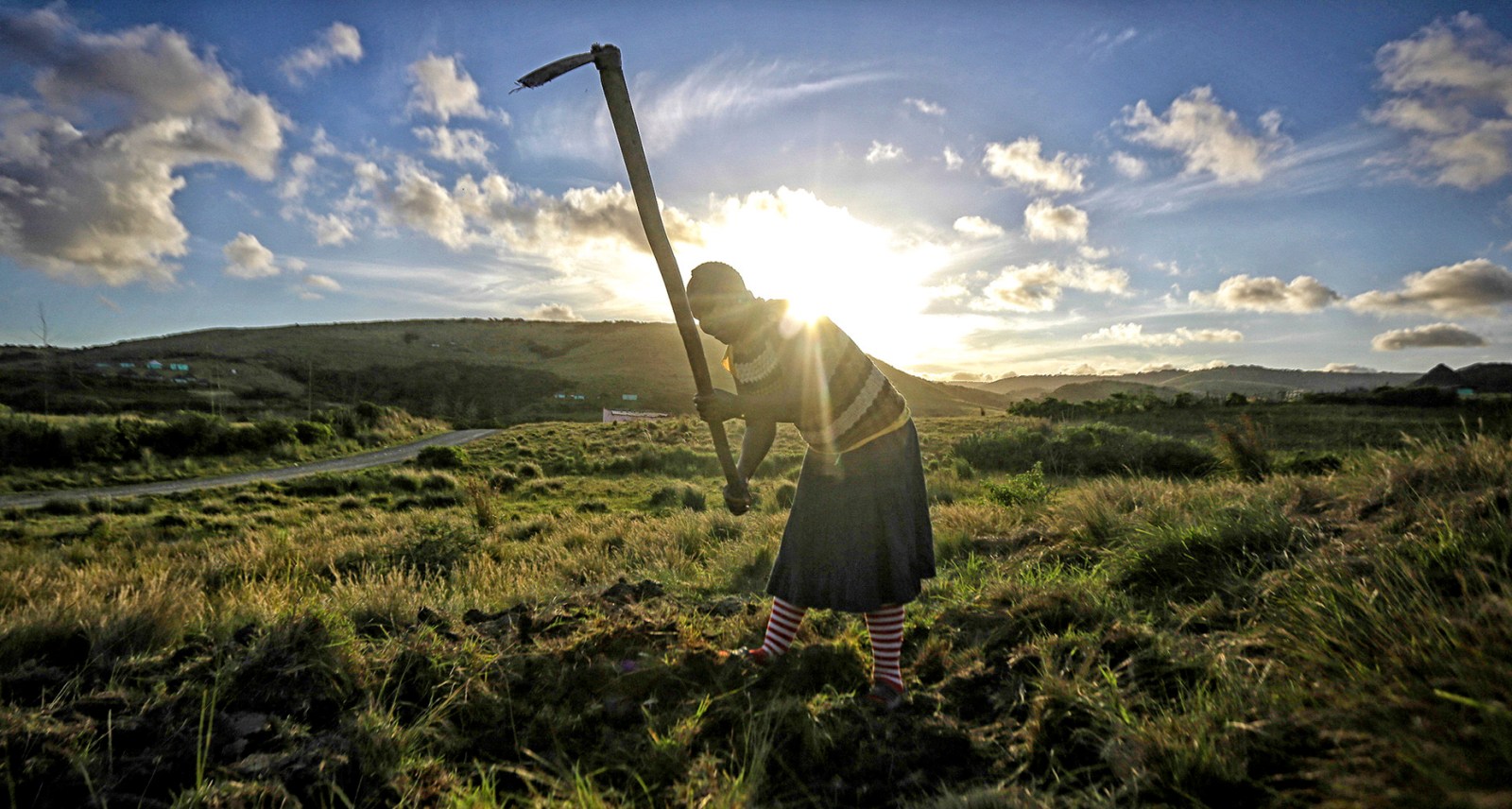 The Expropriation Bill continues to deal with land as property, in line with European notions and practices of private property imposed by colonial subjugation. (Photo: EPA/Kevin Sutherland)

The Trust for Community Outreach and Education, as a land rights-based NGO, welcomed the opportunity to comment on the Expropriation Bill 2020. However, we are doubtful that the amendment to the bill will achieve its proclaimed intentions.

Boyce Tom is a researcher at the Trust for Community Outreach and Education. He is based in Cape Town

The bill came about as an attempt to find solutions to the slow pace of South Africa’s 27-year-old market-based land reform programme. Before the last national elections in 2019 there were intense debates on whether there was a need for the expropriation of land without compensation as a mechanism to speed up land delivery.

The issue has again come up as a major talking point in the run-up to the local government elections on 1 November 2021, as the land question is used as a tool for scoring political points among political parties representing varied interest groups.

As an organisation committed to building the voice of and working with the rural poor, landless smallholder producers, farmworker and farm dweller communities, the trust, together with the Inyanda National Land Movement, facilitated discussion platforms with marginalised individuals and communities across the country to discuss the implications of the bill.

We have heard from women and men farmers who want to farm but have no land and water; rural people in communal areas who continue to be deprived of ancestral land and livelihoods in favour of multinational companies in collusion with the government; workers and dwellers on commercial farms who continue to experience tenure insecurity due to the failure and inadequacy of existing legislation to protect their rights and who have been excluded from the land reform programme.

These are people and communities whose rights to land are highly precarious where imposed colonial private property ownership commands supreme status over all forms of rights.

We note that acts on land expropriation existed long before 1994 and that the bill under discussion seeks to replace Act 65 of 1975 along with parallel processes of amending Section 25 of the Constitution. This is a useful background to the history of expropriation and illustrates situations where the state in the past expropriated large tracts of land mainly for public purposes with minimal or zero compensation, although public purposes included expropriation for roads and railway infrastructure. In fact, the act served to consolidate homelands and gave effect to massive population removals under the Group Areas Act and apartheid spatial engineering projects. Such projects are still not undone, nor has there been significant progress on restitution claims.

The new bill seeks to repeal the 1975 act by including public interest in accordance with Section 25 of the Constitution, making provision for expropriation subject to compensation just and equitable. With foreseen compensation based on market value, it is hard to imagine any significant breakthrough from the existing willing buyer, willing seller policy, responsible for the slow pace of land reform. The following section of the bill speaks to the above:

We are made to believe that the state will expropriate land from private property owners for redistribution to landless people, but the Trust for Community Outreach and Education and the Inyanda National Movement think the bill has many limitations and we hold serious doubts regarding the government’s commitment to land reform.

The process is narrowly conceived between the state and property owners and offers no real opportunities for expropriation with zero compensation. The bill continues to deal with land as property, in line with European notions and practices of private property imposed by colonial subjugation, rather than African practices of dealing with land as a finite natural resource that must be made available to those who need it to produce food.

The bill is not explicit that land will be expropriated for indigenous people who have been dispossessed of land over time and that it will not once again dispossess those who hold “unregistered” land rights and that their rights will in fact be protected. Farmworker and farm dweller rights continue to be neglected in the bill. Overall there was no room for active participation by citizens beyond submissions. We also think an important opportunity to significantly contribute towards addressing poverty, unemployment and inequality is being missed.

The bill was adopted by the ad hoc committee earlier this month and is now before the National Assembly. We hope the National Assembly will consider the issues we have placed on the table. Land reform needs to be done, but from the bottom up. We want land with water to grow food. We must not repeat the many mistakes of some of the land reform “projects” so far, where farmers gained access to land but without water or any other infrastructure.

Our farmers and farmworkers have skills and want to become food producers to address the high levels of hunger and malnutrition in South Africa, which have worsened due to Covid-19. Our farmers can become the main food suppliers to our communities. We emphasise that women farmers must be assured access to land. We, the landless, also want land for residential and recreational purposes to heal our communities. In this we add our voice to the landless communities in urban and peri-urban areas.

We believe there is an imperative for land reform as most of the land in the country is still in the hands of a wealthy few. Land underpins people’s identity, history, culture, dignity and heritage. However, we are doubtful that the current amendments will achieve land reform that will benefit those who need and deserve it the most. We must also ensure that the crucial conversation of land reform does not die down after the elections. DM/MC