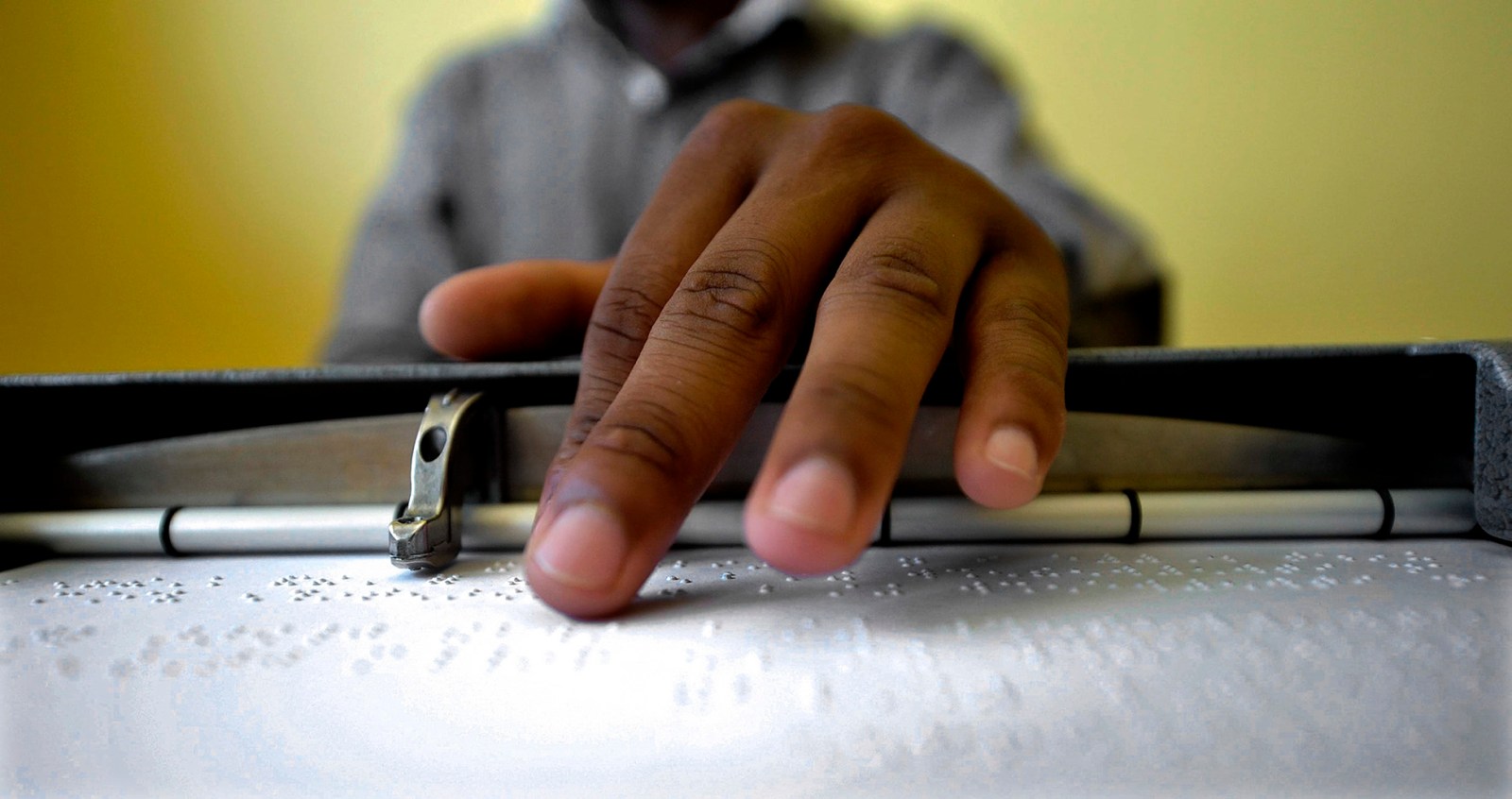 After a decades long campaign to end the book famine for blind and partially sighted people, Blind SA has seen the fight to a victorious end after the high court ruled that the apartheid era Copyright Act of 1978, is unconstitutional. (Photo: Gallo Images / Foto24 / Bongiwe Gumede)

The high court ruling enabled blind people in South Africa to now access all written works and convert them into accessible reading formats without the consent of copyright holders.

After a decades-long campaign to end the book famine for blind and partially sighted people, Blind SA has seen the fight to a victorious end after the high court ruled that the apartheid era Copyright Act of 1978, is unconstitutional.

The matter was heard in the high court of South Africa (Gauteng Division) on the unopposed motion roll yesterday. The International Commission of Jurists, Media Monitoring Africa and ReCreate SA were admitted as amicus curiae (friends of the court) in the case.

The court ruled that the old Copyright Act of 1978 was unconstitutional because it limits people with visual and print disabilities from accessing reading materials under copyright in formats such as Braille, among others.

Blind SA CEO Jace Nair said: “We dedicate this victory to blind and partially sighted people in this country and all the activists who have supported us in our endeavours. This is a huge victory that we can now move forward with.”

Blind SA has long argued that the Copyright Act limits people with visual and print disabilities from having access to works in accessible formats such as Braille, audio versions or copies of published works in large print. That’s because the vast majority of books are published in print and not in formats that are accessible to persons with visual and print disabilities.

Represented by SECTION27, Blind SA asked the court to amend the outdated Copyright Act by ‘reading in’ section 19D of the Copyright Amendment Bill (Cab) which allows general exceptions regarding protection of copyright works for people with disabilities. In other words, this section would allow people with disabilities to develop or import accessible format copies of published works without first having to secure the permission of the copyright holder, thus greatly improving access to reading materials.

The Cab and the linked Performers Protection Amendment Bill (PPAB) had both been passed by the National Assembly and were sent to the President in March 2019 to be signed into law. But President Cyril Ramaphosa raised concerns about the Cab and sent it back to Parliament for further consideration.

The reading in of section 19D into the Copyright Act also paves the way for the Marrakesh VIP Treaty to be acceded in South Africa. The United Nations-administered Marrakesh Treaty was adopted in 2013. The Treaty makes it possible for the production and international transfer of specially adapted books for the visually impaired.

Nair said that there is now no longer an “excuse” for the South African government not to ratify the MarrakeshVIP Treaty.

“South Africa has said that it would ratify the Marrakesh treaty once there are appropriate exceptions in domestic legislation. Blind SA requires that the Department of Trade and Industry and the Department of International Relations and Cooperation implement the necessary measures for South Africa to accede to the Marrakesh treaty now that there will be the reading in of section 19D into the 1978 Copyright Act.”

SECTION27 attorney, Demichelle Petherbridge explained that following the high court’s ruling, the next step is to have the matter heard in the constitutional court.

“We will start this process as soon as we get the physical copy of the high court order and the moment that we get that, we can start proceedings. But it’s difficult to know what that timeline looks like.”

Petherbridge noted that while the Copyright Act is unconstitutional it also violates rights such as freedom of expression, equality, dignity and basic education and the right to participate in the cultural life of one’s choice.

Meanwhile, Nair said that even though the high court’s ruling was welcomed, Blind SA has not lost sight of the Copyright Amendment Bill and continues to support the Bill being signed into law without further delay.

“For us, the struggle is still not over. We firmly believe in the provisions of the Cab to ensure that blind and partially sighted authors, composers, performers and musicians and publishers must be able to benefit from the broader provisions of the Cab. We also believe that Fair Use for educational purposes would enable us to have more access to literary works. We will continue our advocacy with parliament and the provincial legislatures to try to speed up the signing of the bill into law. It is as important to us as what we have achieved today.”

In a statement following the ruling, SECTION27 welcomed the courts decision, saying “This is a massive victory for people who are blind or visually impaired, as well as learners with disabilities, who will now be able to access works under copyright in accessible formats more easily! This challenge to apartheid-era Copyright law will vindicate the constitutional rights of people who are blind or visually impaired to equality, dignity, basic and further education, freedom of expression, language and participation in the cultural life of one’s choice.

“What remains next is to make sure that it is confirmed, and can be implemented by people who are blind or visually disabled so that they too can access libraries of published works in formats that are accessible for them.”

The Copyright Amendment Bill provides exceptions not only for visually disabled persons but also for persons with other disabilities. DM/MC