UPL chemical catastrophe: We must close gaps in law and give communities proper information when disaster strikes 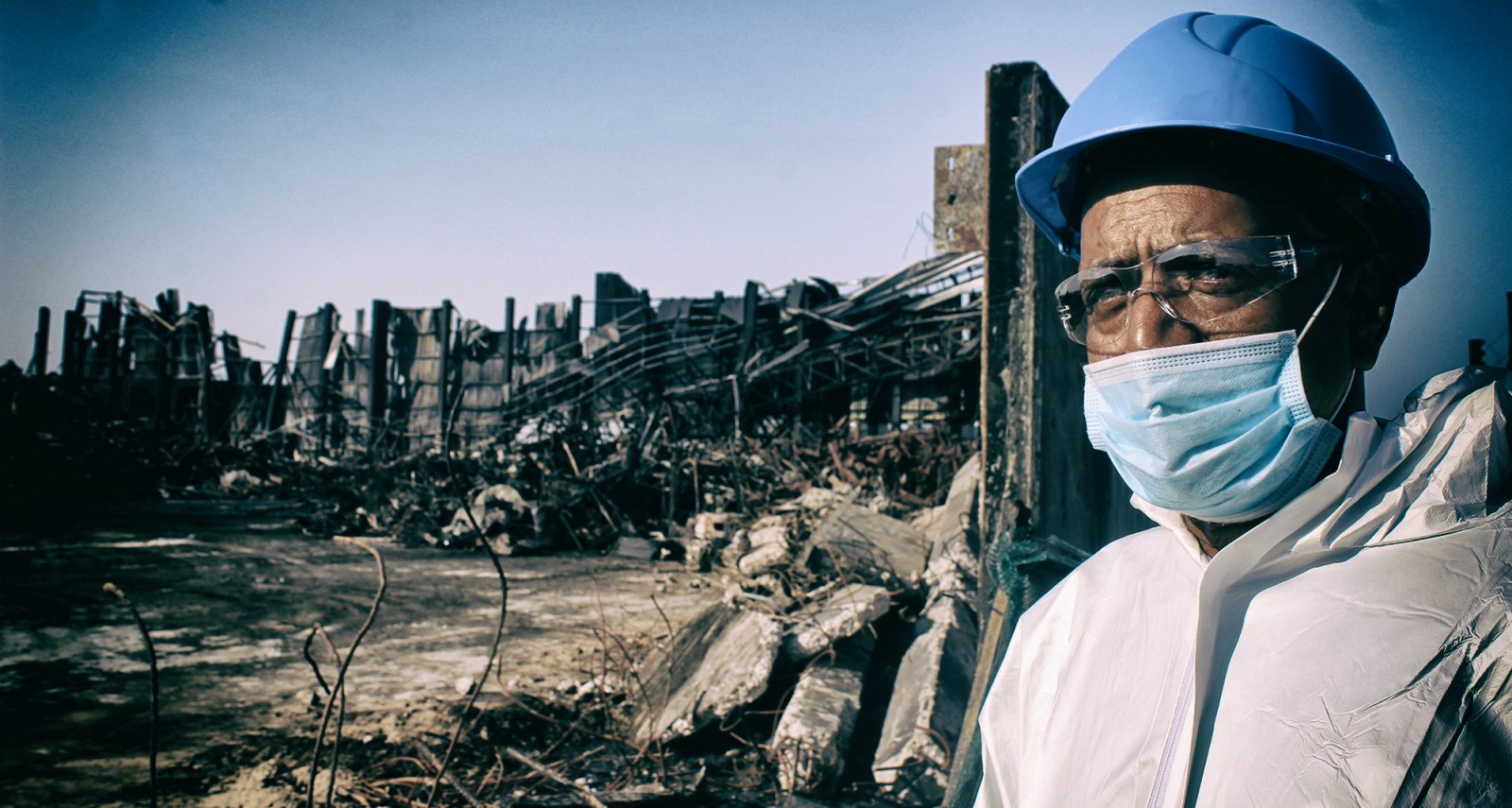 “At the moment the community is not in the loop. It does not make sense to keep communities out of this process. People had no information and that is clearly unacceptable… I am aware of no legal reason to exclude communities (from the government’s Joint Operations Committee handling the UPL chemical disaster)” – Environmental law expert Professor Michael Kidd.

Michael Kidd, a professor of law at the University of KwaZulu-Natal, said that on the basis of available information, it was clear to him that the Indian-based UPL agrochemicals group failed to comply with the legal requirements to conduct an environmental impact assessment for the storage and handling of dangerous goods. It had also failed to comply with the Ethekwini municipality’s Scheduled Trade Permit requirements for the handling of herbicides and pesticides.

Less clear from a legal perspective, however, was whether the UPL Cornubia farm poisons warehouse could be classified strictly as a Major Hazard Installation (during normal operations) under the current wording and provisions of the Occupational Health and Safety Act.

Elaborating on a presentation he gave to the Environmental Law Association of South Africa on 18 September, Kidd told Our Burning Planet that he was not trying to point fingers, but was anxious to ensure that national government, provinces and local authorities learn critical lessons from the UPL chemical disaster to safeguard public health properly.

He has also criticised the government and UPL for their failure to keep affected communities fully and timeously informed about the potentially serious risks to health for those exposed to toxic fumes over nearly 12 days.

In his presentation titled: “United Phosphorus Limited: Non-compliance or a gap in the law?’, he noted that the National Environmental Management Act (Nema) contained provisions that, in his interpretation, required an environmental impact assessment (EIA) for storage and handling of dangerous goods with a combined capacity of more than 500 cubic metres.

Though the current legal language referred to the “development” of facilities or infrastructure for storage and handling of a dangerous good (rather than the “leasing or operation” of a warehouse), the appropriate interpretation of the word “development” would still trigger the need for an EIA – even if the warehouse was leased rather than built or owned by UPL.

In terms of the Ethekwini municipality’s regulations, the Scheduled Activities By-Law 2020 came into effect at least six weeks before UPL began storing poisonous chemicals at Cornubia.

This by-law clearly regulated the handling and storage of herbicides, pesticides and any other activities that were “likely to impact on human or environmental health” and there could be little doubt that it applied to the UPL warehouse.

However, some of the legal language defining a “major hazard installation” (MHI) in the Occupational Health and Safety Act was potentially capable of varying interpretation because the Act was primarily designed to regulate the normal day-to-day operations and safe storage procedures in such installations – not the consequences of sabotage or arson, as happened at UPL.

Kidd said while the Act also aimed to regulate activities that had “the potential to cause an occurrence of catastrophic proportions”, some question marks still arose on whether the current legal language was sufficiently clear to cover the unique circumstances of the UPL arson/sabotage attack.

UPL, for its part, issued a statement on 31 July, asserting that the company was advised before it opened the premises “that the leasing and operating of a warehouse for its products did not trigger an environmental assessment under the Nema regulations” and that this was “confirmed by its legal consultants”.

The company also “took the view that its warehouse operation did not constitute an MHI and that it did not need to conduct a risk assessment”.

Kidd has suggested that it may be necessary to tighten up some of the language in the MHI regulations, and also to re-examine town planning regulations to ensure that chemical and other potentially dangerous warehouses are geographically separated from residential areas.

“Now that we have seen what can happen, we need to ask: Should this type of facility ever be located 500m from a school? Could 50,000 neighbouring people be notified swiftly in the event of catastrophe?

“In my view, this was definitely not an appropriate place to locate such a facility. This is why an EIA and public participation process is so critical. Had there been an EIA there is a chance that (UPL) would not have been established there, or people would have known what was in there and asked for clarity about emergency procedures.”

In his view, it was not enough for a company to simply provide a list of chemicals during an EIA process. A developer had a responsibility to identify whether they were dangerous so that people had advance warning of how to react in the event of a fire, flood or other catastrophe.

“One of the big problems in the UPL case is the lack of transparency from government,” he said, also noting that community representatives had been barred from sitting on the intergovernmental Joint Operations Committee (JOC) handling the aftermath of the chemical disaster.

Though the company had a legal duty under Nema to notify “all persons whose health may be affected” by an incident, questions now arose on what happened if a company failed to do this adequately.

“Is there a responsibility on the state to inform people? I think that’s a gap. Public participation is critical and it needs to be continuous,” he said, adding that he could see no legal reason why communities should be excluded from the JOC.

“You could possibly argue that public participation may inhibit immediate action by the JOC, but (proper communication) can still be done on the hop. At the moment the community is not in the loop.  It does not make sense to keep communities out of this process. In this case, people had no information and that is clearly unacceptable.”

But perhaps many of these lessons should have been learned many decades ago following a similar chemical disaster in Italy, in 1976 – including the need for humility by officials and proper communication with traumatised communities.

Prof Paolo Mocarelli of the University of Milan Bicocca School of Medicine – who headed a medical surveillance operation into the 10 July, 1976, Seveso chemical explosion near Milan – recalled that surveillance began within 16 days of the Seveso explosion and included a battery of tests to check liver, bone marrow and kidney function.

“Seveso has taught us to be humble, to listen to people and to their needs,” said Mocarelli.

University of California, Berkeley public health researcher Prof Brenda Eskenazi (who is still studying and documenting major health problems among the grandchildren of Seveso women 45 years later) says: “The accident in Seveso provides an important example of the steps epidemiologists and related health professionals can take in the aftermath of a disaster to document its health effects.

“Epidemiologic research only became possible in Seveso because of the rapid establishment of a long-term health surveillance programme of the population, which included – critically – collection and storage of biosamples from a large number of affected individuals despite the fact that methods to analyse exposure in those samples had not yet been developed.”

Back in Durban – nearly 72 days after the Cornubia explosion – it remains unclear how many blood and biosample tests (if any) have been collected from local residents. DM/OBP

UPL chemical catastrophe: We must close gaps in law and give communities proper information when disaster strikes