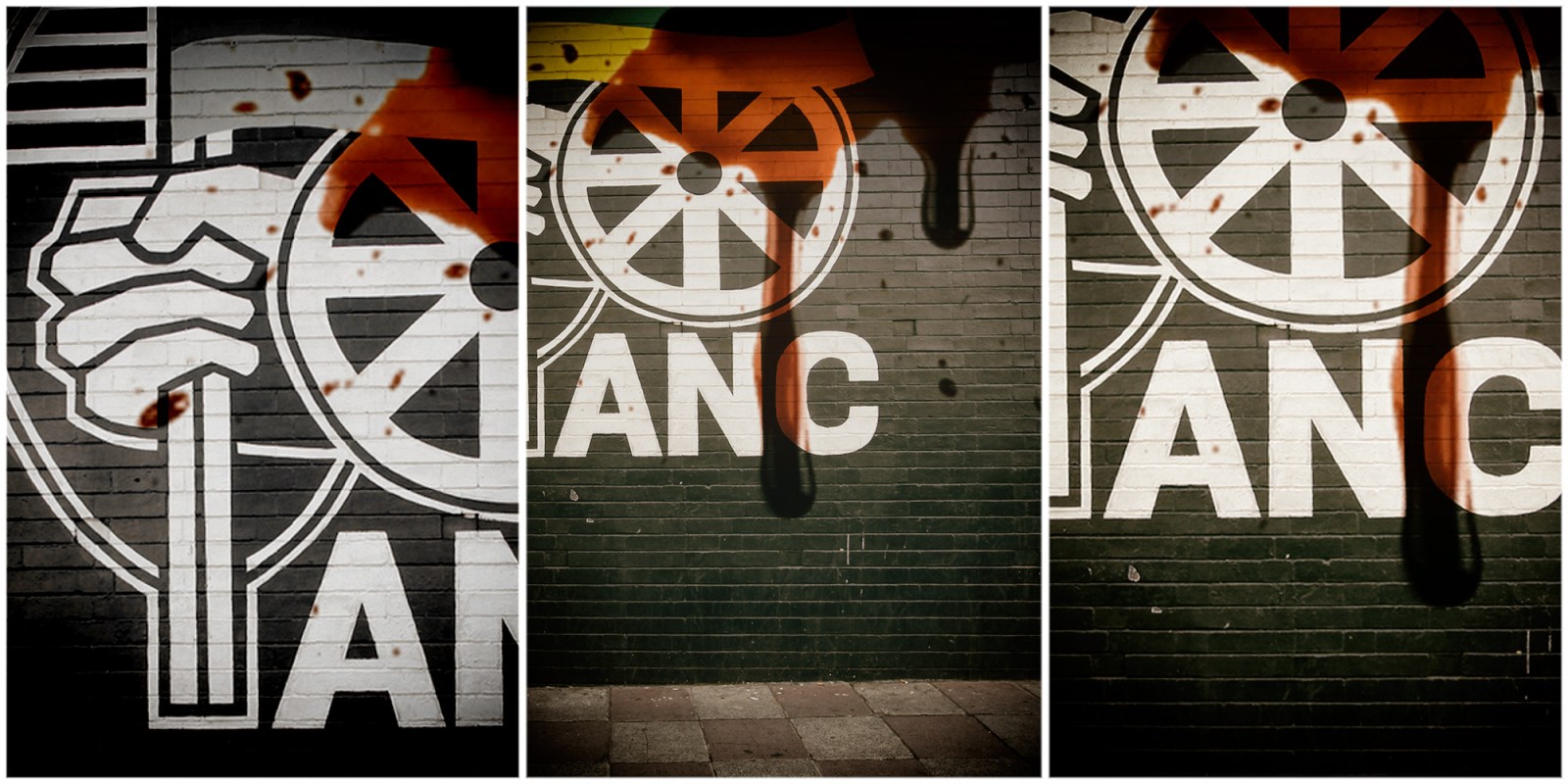 Fierce resistance to efforts to rid the ANC of factionalist tendencies as it implements a bold renewal initiative is likely to result in the party in KwaZulu-Natal dipping below the 50% mark for overall control of municipal wards in the November election.

More ominous is the spectre of an escalation of intra-ANC killings as the space shrinks for senior male leaders to manipulate candidate lists to suit their agenda, take charge of municipal processes and influence the appointment of key personnel and the awarding of tenders.

As indicated in the leaked report of the ANC electoral committee led by veteran Kgalema Motlanthe, the role of older male office-bearers has been central to the malaise across the country.

Despite the best efforts of the KwaZulu-Natal provincial leadership to project unity above the divisive politics of the “CR17” grouping that supported President Cyril Ramaphosa and the “NDZ” faction that preferred Nkosazana Dlamini Zuma at the Nasrec elective conference, the cracks remain gaping.

It has been difficult to gloss over them in preparation for the local government elections, but the renewal initiative has placed greater powers on local communities to choose their preferred candidates, irrespective of the desires of the local ANC leadership.

The women are insisting on their 50% representation while the Youth League want their 25%, as they demanded when they marched to the provincial headquarters in Durban this week.

Proper implementation of the renewal process has a direct bearing on who gets onto the proportional representation list from which the ANC makes appointments to key posts such as mayors, their deputies and chairpersons of committees strategic to the execution of organisational mandates.

It is common cause that whatever those “mandates” have been, they have not always resonated with the service delivery expectations of the electorate. Key municipalities under the leadership of the ANC have not only been unstable – some, like Umsunduzi, have collapsed, while the full extent of the shenanigans at the eThekwini metro are expected to be ventilated fully when the R430-million corruption trial involving the former mayor Zandile Gumede and others eventually gets underway in earnest.

The shifting sands under the mayoral posts in both municipalities have had more to do with the ANC’s regional factional politics than the imperatives of service delivery.

The new system, if implemented properly, will displace many senior leaders who, as the Youth League complains, have entrenched themselves as permanent features of the leadership of municipalities, despite failure to deliver.

Where will they be deployed?

Usually, after gaining valuable experience at the local government level, ANC leaders have graduated to the provincial legislature and the executive council, which is currently under the control of a particular generation of former Youth League activists. Under Sihle Zikalala as chairman, they elbowed out the older generation in executive posts on the basis of the ANC’s commitment to the leadership of young people.

But they themselves now no longer qualify as they are older than 35, which means they also have to make way for the next generation after the national and provincial government elections in 2024.

But that is a problem for the future.

Requiring a response now, as the 1 November local government polls approach, is how the ANC in KwaZulu-Natal will put aside the divisions and convince the electorate to sustain it beyond the 57.48% success of 2016.

Over the previous elections, the ANC has been able to persuade voters to give it another chance by acknowledging previous mistakes and shortcomings while promising to do better.

Instead, murders such as those of three ANC women supporters in Inanda, Durban, when the community gathered to nominate their preferred candidate three weeks ago, signal the new lows people will stoop to in order to hang on to power.

What the electorate had become used to was the phenomenon of ANC leaders dragging each other to court to contest the validity of internal election outcomes.

As the Motlanthe report confirms, previously money changed hands in return for votes and it was generally known how some powerful leaders manipulated branch general meetings to achieve particular electoral outcomes. This went all the way to regional and provincial elective conferences that were also financed by external lobby groups which were rewarded with tenders.

Now that new strict rules govern the election process and entrench community participation and endorsement of ANC candidates, some comrades will resort to desperate measures to cling to power.

Murder, politically motivated or otherwise, would ordinarily never be regarded as part of conduct voters are familiar with. The reality is, however, that KwaZulu-Natal has for many decades had the singular dishonour of being the breeding ground for assassins available for hire throughout the country. They feature in cases ranging from the assassination of a prominent lawyer in Cape Town to the murder of several high profile personalities in Gauteng.

Also standing to benefit from the ANC’s setbacks is Julius Malema’s Economic Freedom Fighters. As was evident when ANC supporters tried to prevent him from campaigning in Pietermartizburg’s Dambuza township at the weekend, the EFF is aggressively imposing itself in KwaZulu-Natal and hopes to improve on its 3.46% endorsement in 2016.

In their home territory, from the feuds at the notorious Glebelands Hostel to taxi wars and family and political disputes, hired guns are always available at the right price. They have no qualms about the gender and age of any victim, while their paymasters remain in the shadows.

News of the ANC’s woes is, naturally, being received with much glee by the opposition.

The IFP, formerly the powerhouse of KZN politics, has of late developed a spring in its step. Still banking on the capital that is former leader Mangosuthu Buthelezi as the face of the party on the posters for the election, it has hit the campaign trail running.

In Mkhuleko Hlengwa, the chairman of the Parliamentary Standing Committee on Public Accounts, the IFP has a young, articulate spokesperson who represents a new generation of leadership that’s blossoming beyond the suffocating rigidity of the core of older leadership which, over the years, snuffed out young sparks in the party.

It is consolidating its District of Zululand stronghold where the late Zanele kaMagwaza-Msibi had built her formidable National Freedom Party before she fell ill and passed away.

It is today a distant memory that the IFP once ran the City of Durban. This was before its fortunes dwindled to the extent that it could barely hold on to power even in rural communities under traditional leaders whose interests it had fought so hard to protect in the post-apartheid dispensation. Wall-to-wall municipalities reduced amakhosi to figureheads in territories that their forefathers had ruled over.

Also standing to benefit from the ANC’s setbacks is Julius Malema’s Economic Freedom Fighters. As was evident when ANC supporters tried to prevent him from campaigning in Pietermartizburg’s Dambuza township at the weekend, the EFF is aggressively imposing itself in KwaZulu-Natal and hopes to improve on its 3.46% endorsement in 2016.

The weakening of the IFP by the emergence of the NFP had benefited the Democratic Alliance which drew votes from rural areas that had previously been a barren territory for it. Under former provincial leader Zwakele Mncwango, who hails from Nongoma, Zululand, the DA was beginning to change the rural impact of the party.

However, the subsequent exodus of prominent black leaders from the DA since the last election would have caused great discomfort among the African majority electorate in KZN which, by far, is the ultimate prize. The departure of Mmusi Maimane, Herman Mashaba, Phumzile van Damme and others, preceded by that of Lindiwe Mazibuko, has sent a message that this party might not be ready to embrace diversity fully and grow from the 15.16% attained in 2016.

However, it is often risky, if not outright silly, to predict the mood of voters on any given election day. DM