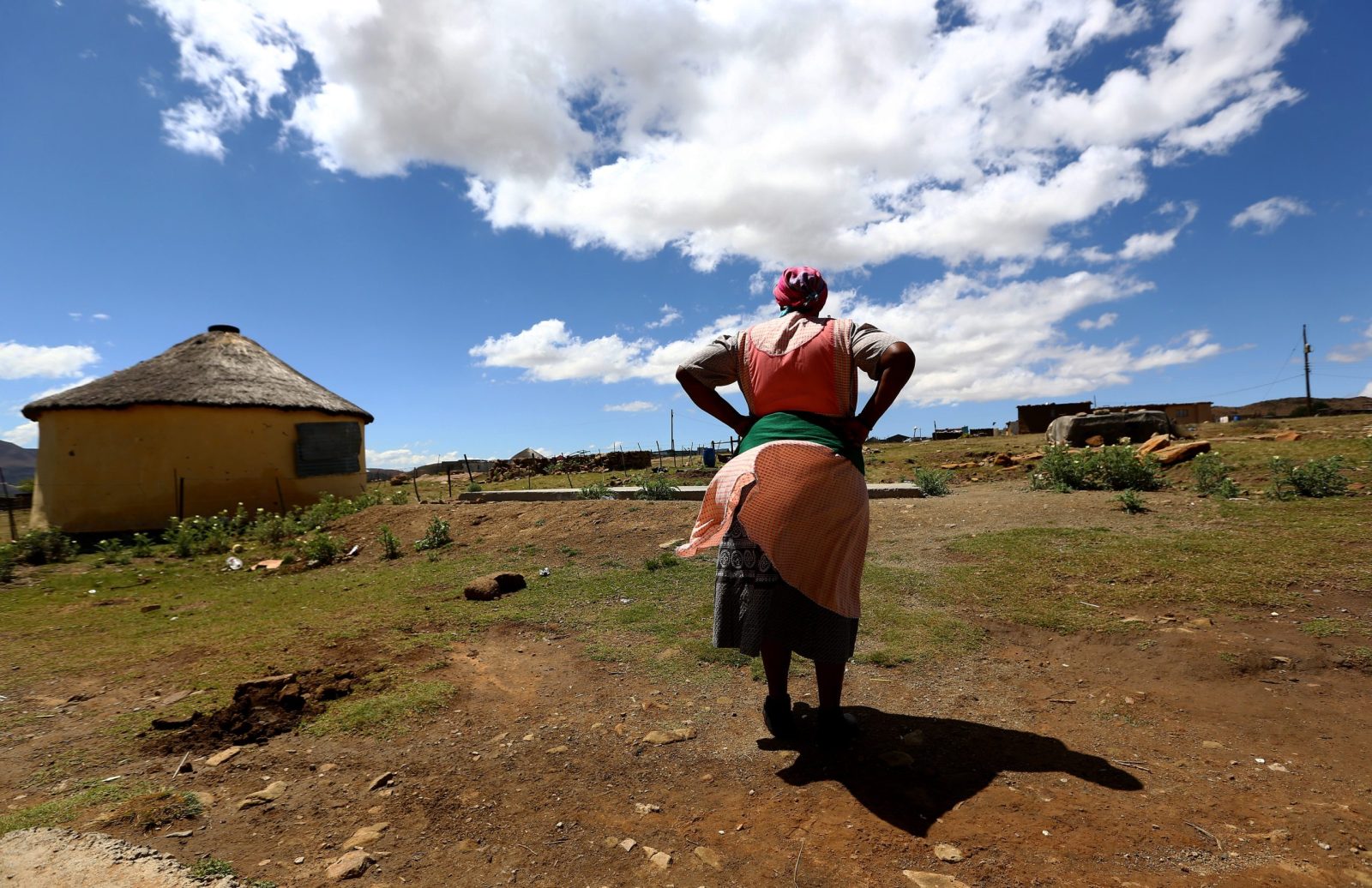 "Lion Mama" stands in her yard during an interview on October 12, 2017. (Photo by Gallo Images / Sunday Times / Masi Losi)

Just over a decade ago in South Africa, a flurry of media reports surfaced about a customary practice known as ukuthwala. The reports described a rise in ukuthwala characterised by the kidnapping, assault and rape of young girls by older men, forcing them into customary marriages. Girls as young as 13 and 14 in the rural areas of provinces such as Eastern Cape and KwaZulu-Natal were affected by this violence. In some cases, the girls’ families accepted and arranged the marriages.

Ukuthwala is a term in Nguni languages which has various meanings. It can refer to ways (including abduction) of making a customary marriage happen quickly. South Africa has a varied cultural make-up, and the term ‘customary’ is generally used to describe beliefs and traditions of groups that are ‘indigenous’ to the country. Customary marriages therefore are based on localised norms. As a route to customary marriage, multiple types of ukuthwala exist across the country, each with distinct names and elements.

From the media and government reports, legal scholarship and case law, two general conclusions emerged during this period. The first was that non-consensual ukuthwala was a modern phenomenon. The second was that it was an abuse of tradition, not an authentic customary practice.

Through my research, based on interviews with women in the Eastern Cape and examinations of historical and recent sources, I have found that both of these conclusions about ukuthwala are oversimplifications. The reality is far more complex. Coercive ukuthwala has been practised for generations, and many have held the cruel acts accompanying ukuthwala as part of tradition.

The mainstream conclusions obscure the actual nature and extent of this form of gendered violence.

The first misconception is that violent ukuthwala is a new phenomenon. Part of the misunderstanding stems from the fact that before 2009 only a small body of academic research existed, and much of it concentrated on the romantic ukuthwala forms, akin to elopement. There are however sources that provide rich insights into past practices of violent ukuthwala. The historian Elisabeth Thornberry, for example, explored sexual crimes and customs in colonial-era Eastern Cape. An early legal ethnography was Jacobus van Tromp’s 1947 work on Xhosa customs. Colonial and apartheid-era court cases also provide evidence of women seeking to escape abusive marriages.

Most importantly, older women are repositories of historical knowledge. I conducted my research in partnership with Masimanyane, an Eastern Cape-based women’s rights organisation. In my interviews women related their experiences of ukuthwala, rape and brutality during the 1970s. Staff of Masimanyane described how older women in affected communities had asked for counselling for the traumas they suffered decades ago.

Collectively these sources demonstrate that coercive ukuthwala is not of recent origin.

The second simplified conclusion about violent ukuthwala is that it is an inauthentic expression of custom. This assertion is most evident in the legal arena. In the 2015 decision Jezile vs S the Western Cape High Court determined that features of traditional ukuthwala under customary law included:

The court labelled the forced form of ukuthwala as “aberrant”. In parallel, the South African Law Reform Commission concluded that instances of forced ukuthwala were “illegal distortions” of the custom.

In my research I found that for many communities in rural parts of the Eastern Cape, coercive ukuthwala has been the standard according to customary practice. In my interviews with older survivors, they explained that what they endured in the ukuthwala process, such as abductions and rapes, was part of the custom where they lived. Their families took part in arranging the marriages and then refused to rescue them even after they were raped.

There is fortunately a growing body of scholarship that depicts the cultural acceptance of violent ukuthwala. This includes research by legal scholars Lea Mwambene and Helen Kruuse done in Jezile’s community in the Eastern Cape following the court case, as well as in-depth explorations by anthropologists.

In sum, my findings affirm that custom cannot be understood as formulaic or benign. How people live and the traditions they invest in are infinitely diverse. There cannot be an essential form of ukuthwala.

The simplified understandings of ukuthwala that I have outlined have particular consequences. For one, the perception of violent ukuthwala as ‘new’ has concealed brutality against black women through the apartheid and colonial eras. This very significant form of familial violence against women in the past remains mostly unacknowledged, and the brutality of ukuthwala today stands without context.

Connected to this is the denial of the link between culture and violence. The strict outlook on ukuthwala hides the very close relationship between marriage processes and rape. This is a relationship that has existed across many cultures. For example, marital rape was only criminalised in South Africa in the 1990s, undoing the marital rape exemption based on Roman-Dutch and English laws. In other words, the customary acceptance of sexual violence of ukuthwala is not unique.

Unfortunately, rape in marriage remains under-researched and misunderstood. My research highlights how the institution of marriage continues to diminish women’s sexual autonomy. Coercive ukuthwala happens because families prize marriage and the power of husbands over the individual rights of women and girls. The marriage in effect nullifies a husband’s wrongdoing.

Research must incorporate the voices of women of all ages, question written resources, and create more balanced accounts to inform law and policy. Without this we only have a partial understanding of ukuthwala and the injustices that women and girls have long been subjected to. DM/ML

Nyasha Karimakwenda is a post-Doctoral research fellow at the University of Cape Town.