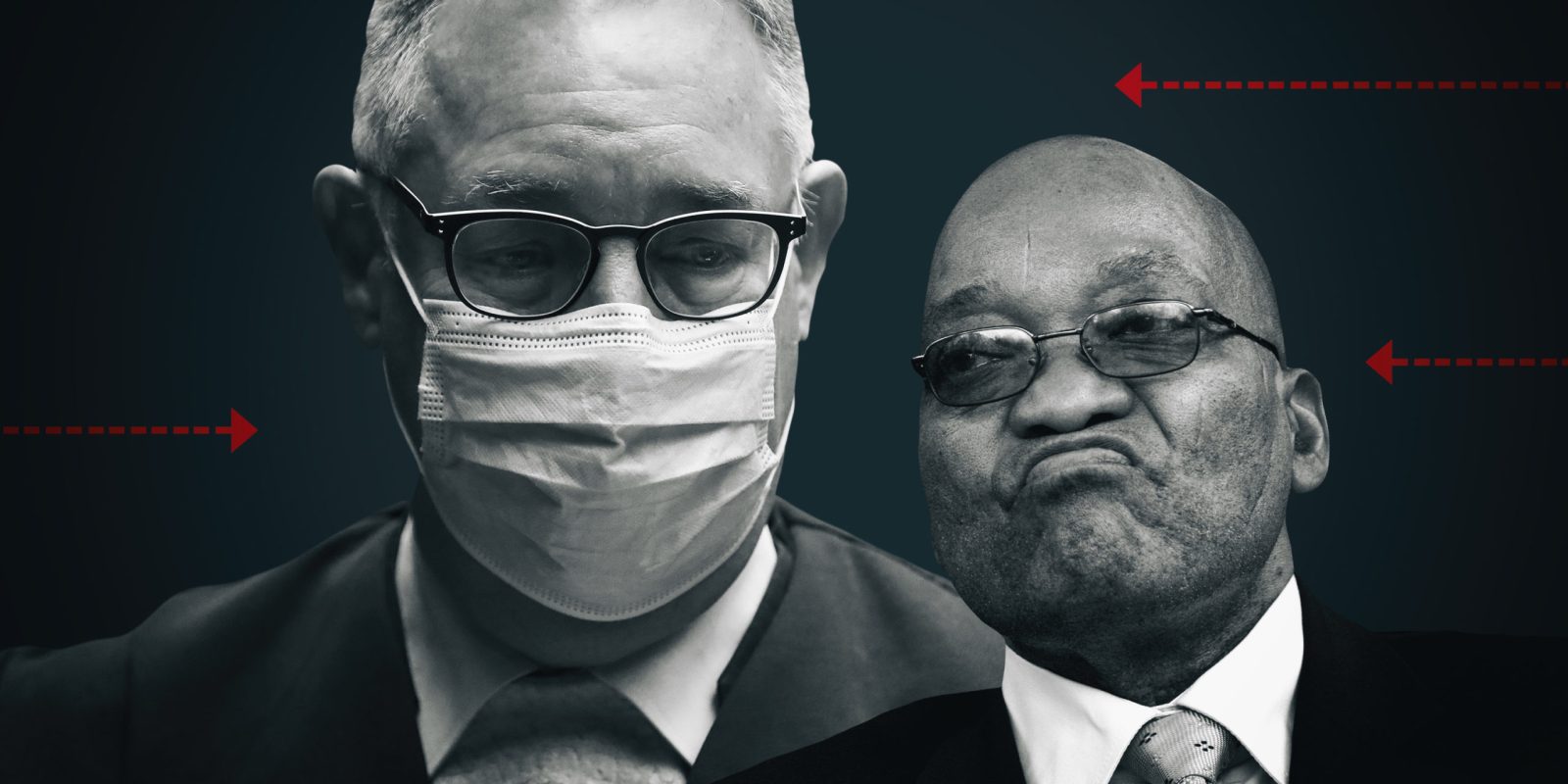 A chief specialist and academic head of the Department of Cardiology at Pretoria’s Steve Biko Academic Hospital and the University of Pretoria believes former president Jacob Zuma is fit to stand trial in his Arms Deal graft case.

The case continues in the Pietermaritzburg High Court on Tuesday.

Professor Ian Andrew Sarkin was expected to submit a supplementary medical report on his findings to senior prosecutor, Advocate Billy Downer, on Monday.

Sarkin’s findings were discussed in an affidavit deposed by Downer, which was filed with the court last week.

In his affidavit, Downer says that on 16 September Sarkin informed him that after reading the additional documents supplied by Zuma’s medical team, “[Sarkin] remained of the view that [Zuma] is medically fit to stand trial”.

By the date of Downer’s affidavit being filed, Sarkin had not yet physically examined the former president.

Zuma’s doctors and the State-appointed team had what was described in Downer’s affidavit as a “collegial and open” and comprehensive discussion about Zuma’s state of health on 3 September. The teams are attempting to reach some sort of consensus on his health.

The Department of Correctional Services announced on 5 September that Zuma had been granted medical parole. The former president was sentenced to 15 months’ direct imprisonment in July for not adhering to a Constitutional Court order that he appear before the Zondo Commission. (Zuma’s application for rescission was denied last week.)

On 6 September, Zuma was admitted to a Pretoria hospital for “extensive medical evaluation and care” to do with his “medical condition”, which required an “extensive emergency procedure”. The procedure had allegedly been delayed for 18 months because of “compounding” legal matters and his incarceration.

It is unclear if Zuma is still in hospital, but this is one of several matters that should be cleared up in court when the matter continues on Tuesday and Wednesday.

On the agenda is the hearing of Zuma’s special plea to have Downer removed from the trial. However, should the former president seek yet another postponement, reasons for this will need to be argued before the presiding judge, Piet Koen, with evidence needing to be presented. Zuma is seeking to have Downer removed in terms of Section 106 (1)(h) of the Criminal Procedure Act, and that he then be acquitted in terms of Section 106(4).

Zuma’s “medical condition” has become a central issue in the ongoing legal proceedings.

Advocate Dali Mpofu, on behalf of Zuma, had previously agreed to Koen’s order of 10 August that Zuma be “examined” by a State doctor. The State, however, has been having difficulty getting a doctor into the room with Zuma – at least this was still the case by the time Downer filed his affidavit.

The matter has given rise to a complex situation where the former president, even while in prison, was monitored by a South African National Defence Force medical team.

Because of Zuma’s stature he has been able to openly defy the order to be examined by the State, and is yet to face any consequences.

Zuma’s legal team has consistently called out the State for wanting to re-examine Zuma, saying that by doing so it is undermining the trust and authority of his military medical team, who have been treating Zuma, while Sarkin has never done so.

But Downer says in his affidavit: “I respectfully submit the NPA is within its right to be separately advised by, and if necessary to adduce the evidence of, medical experts who are not part of the team treating [Zuma], as to his fitness to attend court and stand trial.

Downer’s affidavit also addresses the accusation made by Zuma’s legal team that the prosecution services – Downer in particular – is playing fast and loose with handing information to the media, and “leaking” Zuma’s confidential medical report compiled by his doctors. That report did not state Zuma’s condition.

Downer admits that his office does send documents to journalists, but with embargo conditions. He was referring to an article that appeared on the online news platform News24 on 10 August, written by journalist Karyn Maughan.

“Ms Maughan’s request for the State’s papers was aimed at enabling her to report accurately on the proceedings,” said Downer.

His acceding to her request, said Downer, was supported by Section 7(2) and 16(1)(a) of the Constitution, which states that the State must respect, promote and fulfil the rights in the Bill of Rights, and that everyone has the right to “freedom of expression”.

Downer quoted the Supreme Court of Appeal judgment in the matter between the City of Cape Town vs South African National Roads Authority and others, which said it was not possible for the media to report accurately on court proceedings if they could only access documents once a case is called, and that it “is vital that the public be able to have access to court records prior to the hearing so that they can follow the proceedings in open court”. DM