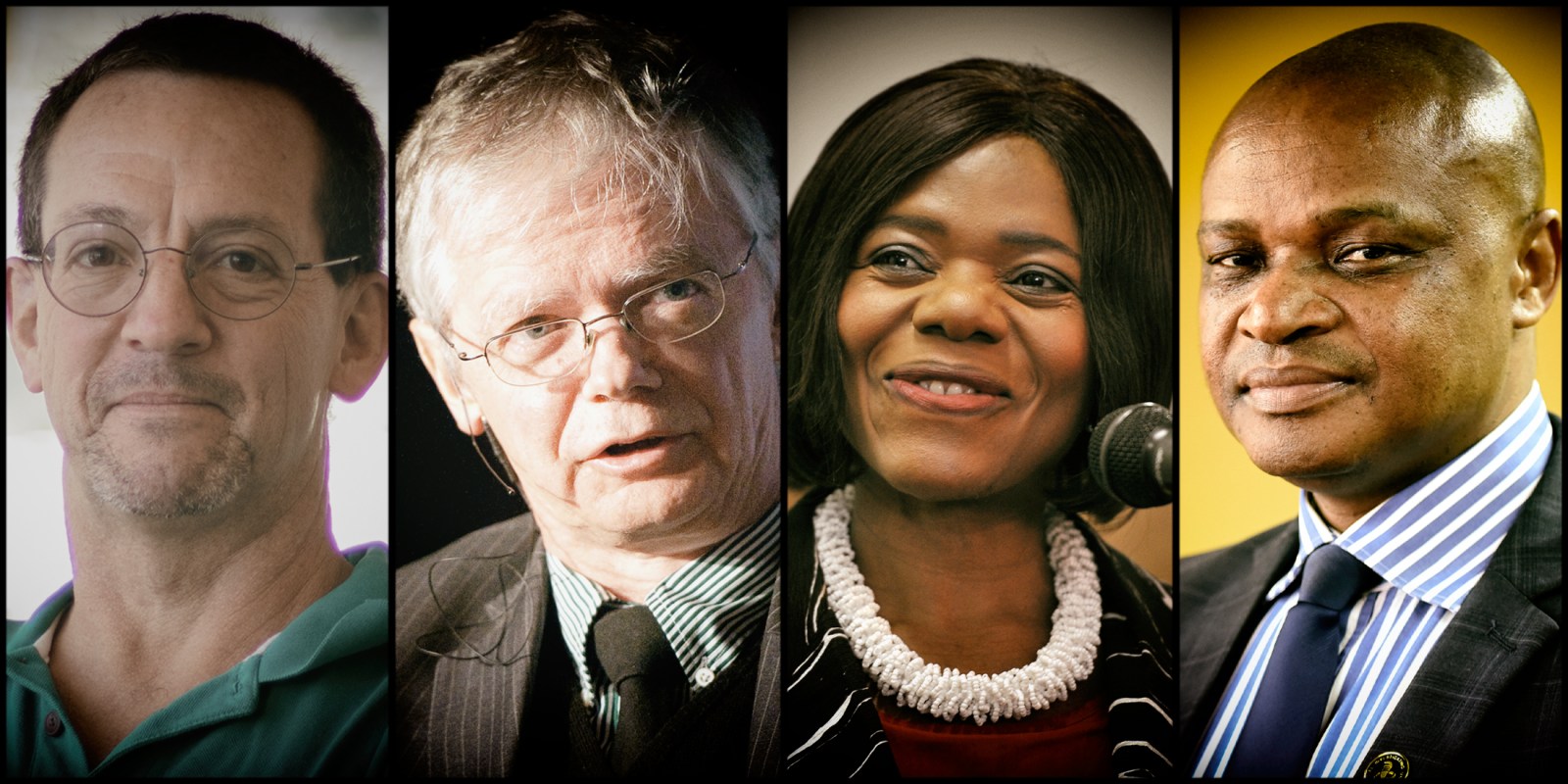 Whistle-blowers are vital in the fight against corruption, but too few are protected under current laws, leaving them vulnerable to physical and economic threats. That needs to change, said panellists in a Maverick Citizen and Special Investigating Unit webinar.

Only one in 10 white-collar crimes, such as fraud and corruption, are detected by the sort of auditing work done by Chapter 9 institutions such as the Public Protector and Special Investigating Unit (SIU), said former Public Protector Thuli Madonsela in a webinar on Sunday, yet a significant amount of information on both public and private sector corruption has come to light.

“We know all of those things through whistle-blowers, but it doesn’t come without a cost,” said Madonsela.

She was speaking alongside SIU head advocate Andy Mothibi and former NPA Asset Forfeiture Unit leader Willie Hofmeyr in a webinar hosted by the Health Sector Anti-Corruption Forum and Maverick Citizen, sponsored by the SIU, Corruption Watch and the Government Communication and Information System (GCIS).

The webinar, which considered the framework of protection offered to whistle-blowers, was held following the recent murder of Babita Deokaran, the Gauteng Department of Health’s acting chief financial officer who was murdered in August 2021 after providing evidence to the SIU on a number of issues, including the department’s personal protective equipment procurement spending during the coronavirus pandemic.

Madonsela and other panellists called on legislators to expedite changes to the laws protecting whistle-blowers.

Whistle-blowers are currently protected under the Protected Disclosures Act and Witness Protection Act, which have been described as inadequate to protect those who expose corruption and fraud.

Madonsela said the Protected Disclosures Act currently protects whistle-blowers who are employees of an organisation, but that definition should be expanded to include a broader range of those who speak out. She made the example of members of companies who had been asked for a bribe to win a tender who, on reporting what happened, found themselves effectively blacklisted from the government.

While whistle-blowers can’t be fired for reporting alleged crimes at their workplaces, they often have to face trumped-up disciplinary charges, said Madonsela, noting laws in other countries that prohibit any disciplinary action from being levelled at an employee after they blow the whistle.

The former Public Protector noted that while some people who give evidence are provided with protection under the Witness Protection Act, it does not cover those who expose wrongdoing outside of criminal matters, such as giving evidence to a Chapter 9 institution.

If the authorities decide to drop the prosecution, the protection goes with it “and still the other party has a bullet with your name on it, whether it’s a literal bullet or financial bullet”, said Madonsela.

Madonsela, Mothibi and Hofmeyr were all open to exploring the idea of offering financial rewards for those who provide evidence that leads to the recovery of state funds or the successful prosecution of corruption suspects.

“The reality is that we are losing such massive amounts of money in this country,” said Hofmeyr. “I think that there should be a place where there is a discretion to reward people financially for evidence that ends up in a successful criminal conviction.”

Witnesses who have given evidence at the State Capture commission have repeatedly spoken of the need to introduce further protection for whistle-blowers. Many who have spoken out have said they have received death threats, cannot find employment and have been lumped with exorbitant legal costs.

Mothibi said Deokaran’s murder highlighted the need to speak about the protection of whistle-blowers. He outlined the work that state agencies are already doing to protect those who speak out and supported efforts to explore offering further protection to whistle-blowers.

Madonsela believed there was political will within the current government to pass the necessary legislative changes. “I think there is political will, I just think the legislation process gets overwhelmed.”

She called on the state to prioritise passing laws that protect whistle-blowers because it’s the government that loses out as corruption continues. “If there’s corruption, it means they themselves can’t deliver on their own promises.”

“There will be resistance, that will be certain,” said Hofmeyr on changing the law to protect whistle-blowers.

He suggested, however, that the current government under President Cyril Ramaphosa is probably less averse to the changes than the previous administration and called on civil society and activists to “seize the moment”.

Madonsela’s parting shot was directed at the private sector: “Can business come to the party?”

Some of South Africa’s most high-profile and most celebrated whistle-blowers have been unable to get a job after they’ve spoken out. Madonsela called on the private sector to support rather than punish those with integrity. DM