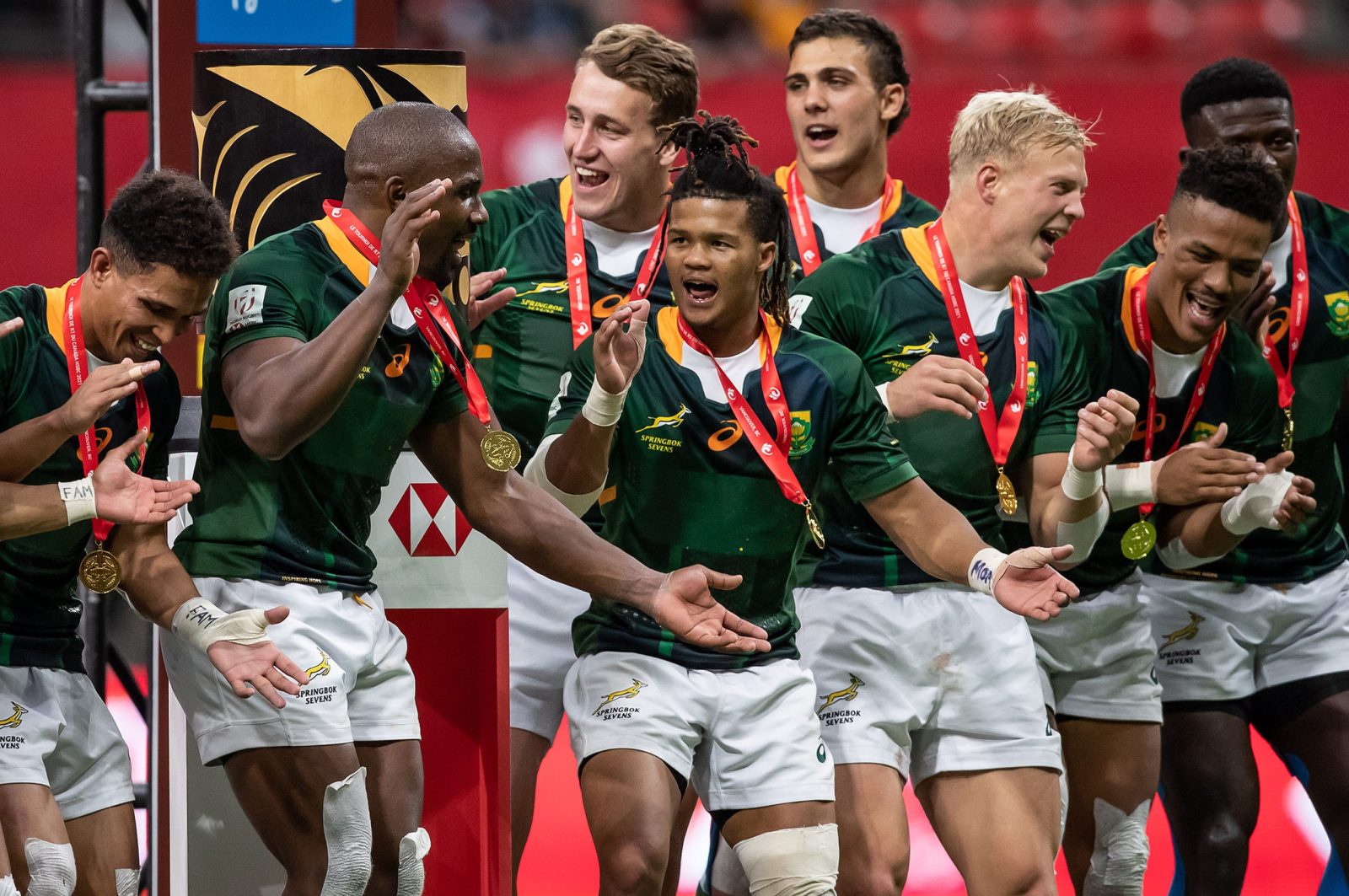 The Blitzboks put some of their Olympic disappointment behind them with victory at the Vancouver leg of the HSBC World Sevens Series in the early hours of Monday morning.

The Blitzboks managed to ease South African pride after the Springboks were humbled by the Wallabies in Brisbane, by winning the Vancouver leg of the HSBC World Sevens Series on Monday.

The Blitzboks won the 2019 tournament in Vancouver — the last time it was played after the 2020 edition was cancelled due to Covid — winning all six matches then. In the 2021 edition they won all six matches again.

The tournament was the first of the 2021/22 season, which has been reshaped by the global pandemic, and as a consequence didn’t feature all of the top teams.

Olympic gold, silver and bronze medallists Fiji, New Zealand and Argentina were not in Vancouver and Australia were also absent. The likes of Samoa and France were also not in the draw, so while the win is welcome, it does come with an asterisk.

The Blitzboks waltzed through their group stages with comprehensive wins over Mexico (53-0), Spain (34-7) and Kenya (33-14). In the quarterfinals, South Africa thrashed Spain again, by 54-5 this time, before seeing off Great Britain 26-12 in the semis.

That led to a rematch against Kenya in the final, which the Blitzboks dominated on their way to a 38-5 win.

Although it was a weaker field than usual on the World Series, the Blitzboks could only beat what was in front of them and they did so clinically and professionally.

“I am very happy and pleased with the performance the squad delivered,” said coach Neil Powell.

“As a coach I could not have asked for more. The most pleasing part must be the way they played for the jersey and the way they worked for each other.

“One could sense in the preparation for the tournament already that there was a lot of commitment from the guys, and one could sense the hunger to just go out there and play. The Olympics aside, we have not played in the World Series for a year and a half, and the guys were really keen to get back at it.”

“The players deserve all the credit. They really worked hard and did everything that was expected of them. Everyone executed in their role and responsibilities,” said Powell.

“We played Spain twice and Kenya twice and won comfortably the first time around. That often creates a false sense of security, but the team did not fall into that trap and came out with an even stronger performance against those teams the second time around.”

It was the first all-African World Series tournament final since Adelaide in 2009 when South Africa beat Kenya, and was a good way for the Blitzboks to erase some of the hurt of finishing out of the medals at the recent Tokyo 2020 Olympics.

“It was amazing just to be out there playing again, especially in front of a great crowd,” Powell said. “It was great to have two African teams in the final and it’s always a fierce encounter with Kenya.

“I’m really proud of the boys, there’s a lot of youngsters who are the next generation of Springboks sevens and they’ve done really well. It was a team effort and they implemented their responsibilities really well. We now move on to Edmonton where we start all over again.

“This is the start of a new cycle working towards the Paris Olympics and these boys will form the core of that group which will hopefully take us to the medal at the Olympics in 2024.” DM