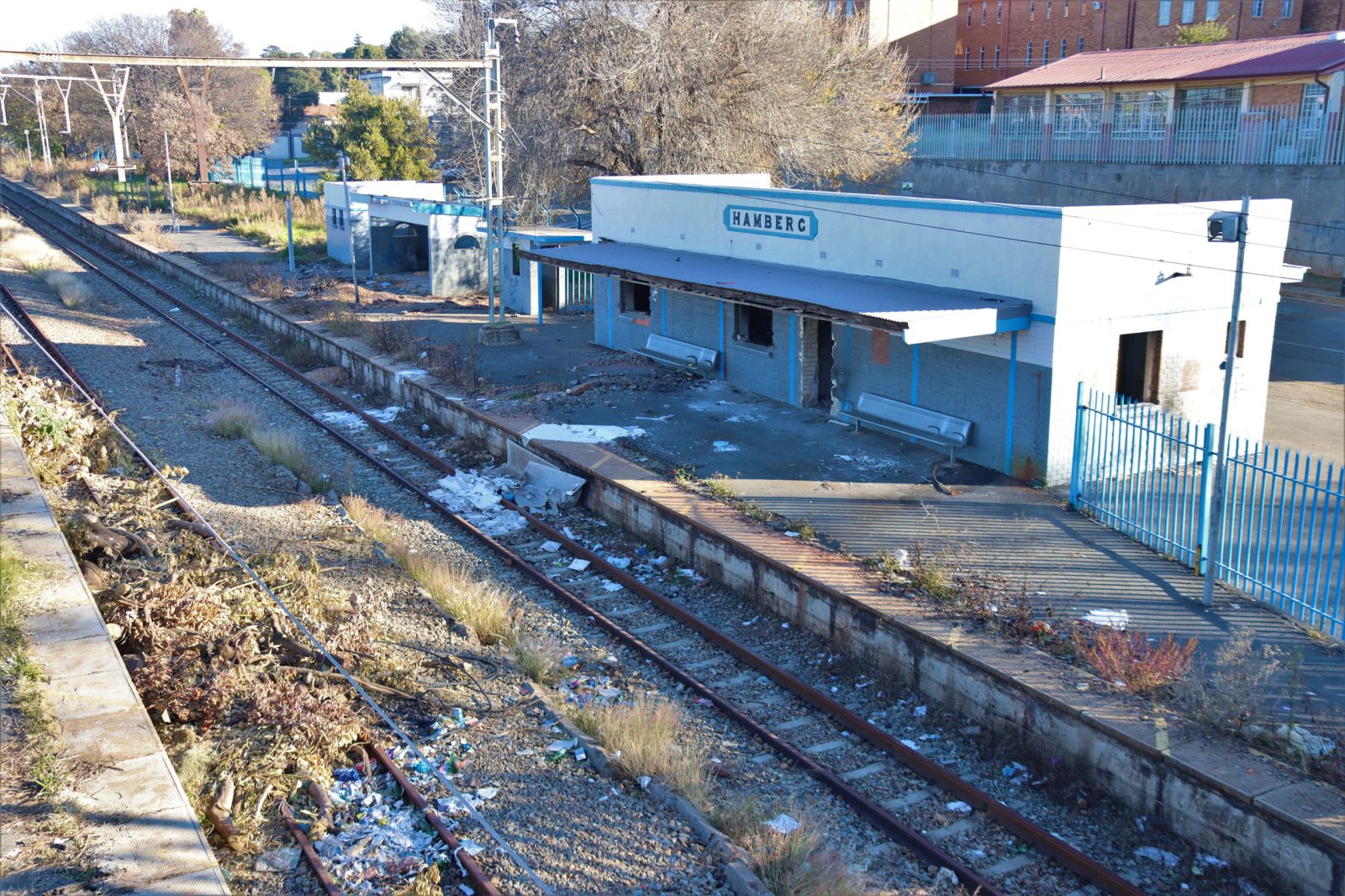 Transnet flags that cable thieves have increased their firepower.

Spiked trenches. Spotters. Heavily armed shooters. Runners. SA’s valuable network of more than 30,000km of railway lines is under attack, growing in violence and intensifying in scale, says state-owned rail operator Transnet, especially over the Covid-19 period when most of the country was in lockdown – except for the organised criminal groups targeting the utility’s copper-rich infrastructure.

“Typically, you would place two guards at a station. Criminals would see that and they wouldn’t go there. Now they come in larger groups, of about 20 to 30. They come in and shoot our guys. So our guards run away,” Marius Bennet, head of security and forensics at Transnet Freight Rail (TFR), told DM168. “You have people lying in the bush waiting to ambush you. It’s done with military precision.”

The TFR says cable theft incidents have jumped about 180% in the past five years. The most recent report by the Railway Safety Regulator, for 2019/20, found that the TFR suffered more than 5,000 incidents of theft of assets and malicious damage to property, with Gauteng, KwaZulu-Natal and the Western Cape accounting for the largest share of these.

The regulator also noted an alarming rise in the torching of train carriages and stations, with 15 reported cases in the period.

And that was before the riots of July in Gauteng and KZN when mobs targeted railway infrastructure, forcing Transnet to declare force majeure on its 688km Natcor rail line that connects Gauteng and Durban and is key to the movement of thousands of tonnes of goods weekly, including vehicles, gold ore, aviation fuel, petrol, wheat, fresh fruit and various cargo containers.

“The country’s infrastructure is under attack. With the change in the level of attacks and the modus operandi, we need more dedicated resources to match that firepower,” said Bennet. He said the TFR, responding to the trend, had turned to technology, using drones for surveillance and putting trackers in the cables, but that had merely resulted in cable theft syndicates increasing violence.

“The level of aggression and force has dramatically increased… On the service roads where our vehicles are patrolling, they dig trenches. They put nails across the roads to cut the tyres. They have spotters shooting at our vehicles. They set alight substations to distract us,” said Bennet.

Thieves targeting rail tracks and train stations to strip copper and illegally ship it out of the country is a long-running problem, stretching as far back as the early 1990s, but a combination of Covid-19 and global copper prices reaching record highs has given the activity frightening impetus. The result has been a near-crippling of commuter train travel, relied on by millions of working-class South Africans as the cheapest mode of transport. But it has also increasingly affected industrial operations, as copper thieves turn to Transnet’s long-haul lines that carry commodities from inland mines and factories to the ports for export overseas. In the first weeks of September alone, Transnet reported a surge in cable theft incidents: 40km of cable in 152 incidents in 14 days, resulting in massive delays and more dangerously, derailments as carriages slipped off the tracks.

Since early 2020, when the coronavirus pandemic struck, there have been more peaks than troughs in terms of cable theft and attacks on rail infrastructure, in a new vicious cycle in which commuter rail operated by the Passenger Rail Agency of South Africa (Prasa) was first targeted.

Seeing success there, criminals lasered in on Transnet’s long-haul network, according to the TFR’s security chief. “We’re getting the impression that there’s a level of deliberate sabotage. You look at the crimes. Sometimes they don’t steal anything but they’ve damaged the station,” said Bennet.

Police and crime intelligence have not been able to break the back of the multinational syndicates, succeeding in mostly low-level arrests of petty thieves who carry out the theft. Neither have they been able to prove their suspicions of sabotage.

“We know the copper is definitely being exported (overseas) by syndicates. When the copper price goes up, our cable theft goes up. It’s definitely linked … we’ve identified various groupings and we’ve passed on that info to Crime Intelligence,” said Bennet.

The most recent surge in copper theft, according to the TFR, has been triggered by the massive cable theft at Prasa and Metrorail. Rail experts, however, say the rail utilities are partly to blame, as they have mostly abandoned large swathes of rail.

Late in 2020, the Gauteng High Court set aside Prasa’s R4.5-billion security contract, with the removal of security companies leaving tracks and train stations vulnerable, leading to an inevitable surge in cable theft across commuter and freight rail networks.

Aria is lobbying strongly for private rail operators to pick up the slack and be allowed access to operate privately on the Transnet rail network, a plan given the green light by President Cyril Ramaphosa.

“There is a huge under-utilisation of the asset. You can’t have something lying around and not using the asset. When you abandon your asset this is the result. If you use the infrastructure, let’s say about 70% to 80% of it, there is no space for anyone to encroach on to your network. To build shacks on it and to steal it,” Aria CEO Mesela Nhlapo said. DM168