A long history of short eats 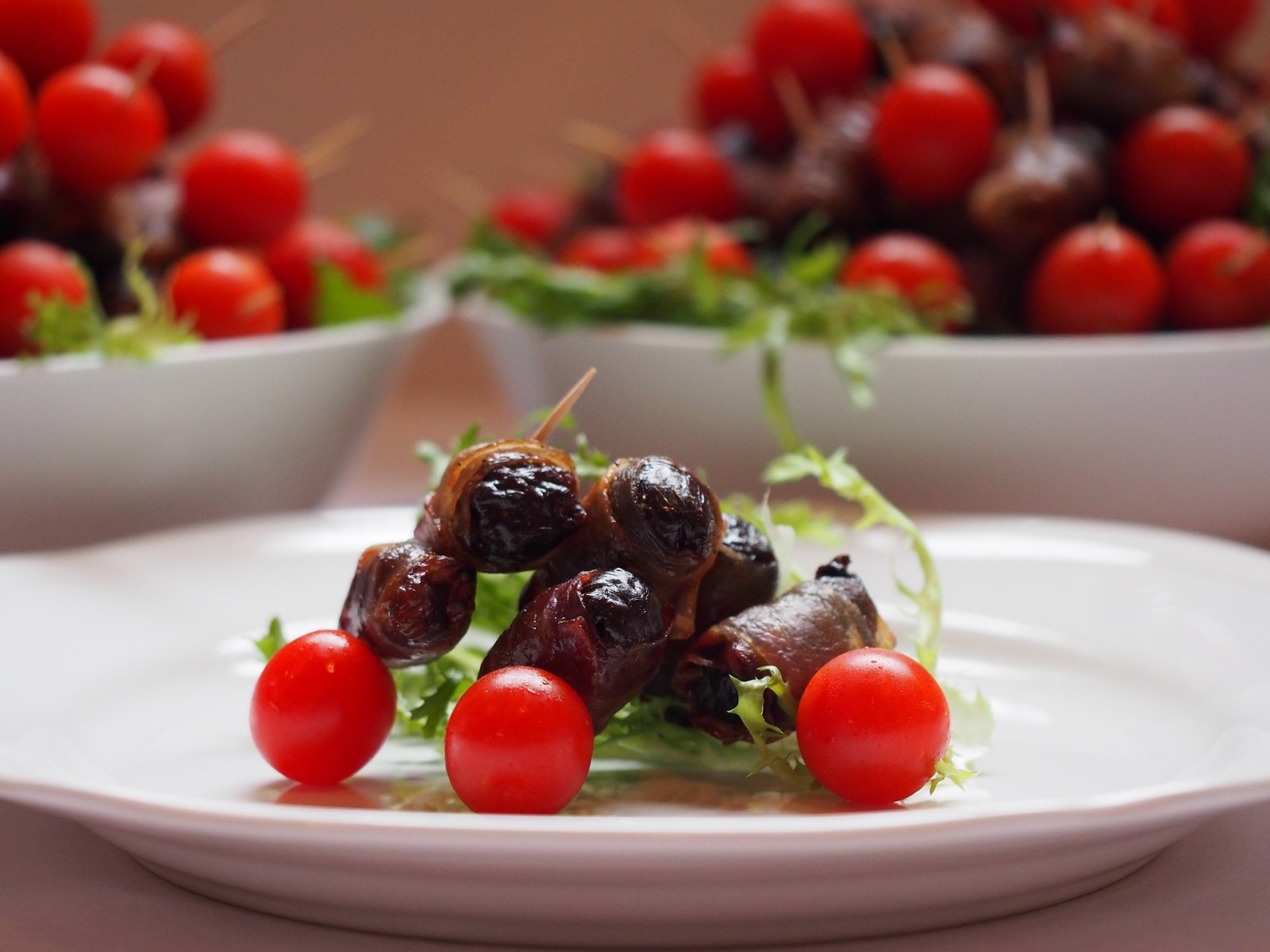 (Image of devils on horseback by Gert Olesen on Pixabay)

Short eats were time consuming to make, unhealthy, deeply delicious but never filled you up. They were designed to ‘line your stomach’ while you got completely tiddly.

I was brought up on snacks. My mother never ate. My pa drank. We lived in Sri Lanka and had lots of parties, and parties in those days called for snacks or what my ma called “short eats”. The recipes were handed down through the family for generations.

Many of the inhabitants of this beautiful island would sometimes spend days on trains and buses and their own feet to get to destinations. A bag of “short eats” was both solace and nutrient. “Have we got the bag of short eats?” my ma would ask before we went out anywhere.

We had a cook called Reuben. He brooked no interference in his kitchen and asked my ma never to enter, “Please send chit first,” he instructed. He used phrases that we also adopted. When something was wrong with the food, he would say, “Kindly adjust. It soon became a family favourite, when we complained, my ma would say, “Kindly adjust”. Although he called my ma memsahib to her face, to us and generally she was known as mammaji. When the curry was too hot to put near your mouth he would say grandly, “Please tell mammaji to kindly adjust.”

My father bought Reuben his own bungalow on the estate, but Reuben preferred to live under the kitchen table. We discovered he was renting his bungalow out to foreign tourists at an exorbitant rate. When we were broke my father would say, “Well, we can always get a loan from Reuben.” His bungalow advert read:

First Class villa (this was a word he had only recently learnt and used a lot) is with trees and flower beddings, out of station, this first-class beddings is for noble families. Price to ask. Do the needful, you will not be sorry. First class for foreign returns and little babies.

Reuben didn’t use the words short eats; he preferred snackerjis.

Most of them were time consuming to make, unhealthy, deeply delicious but never filled you up. They were designed to “line your stomach” while you got completely tiddly.

Reuben got through tons of bottles of MSG (monosodium glutamate). “What is this MSG Reuben is always asking for?” my mother wondered. We were all addicted to MSG. I think he even put it in tea. When we left Sri Lanka, we probably should have gone straight to rehab.

“Why does all this South African food taste so flat,” my father would say. He got over it first because a stiff drink could unflatten his mood, but we were all in deep depression. I was almost in a coma.

After living in Sri Lanka for years, we used a lot of Indianish words, snackerjis, dobi for laundry, tiffin etc. A favourite word was chit. “You little chit” my father would call me. But more than that, all our communications, bills, accounts, invoices were done with chits. The chit was our smart phone. “Ask for a chit,” I would be instructed. What a wonderful word, chit. Reuben took to certain English words with mad enthusiasm, venerable was one of them. “Mammaji is truly venerable,” he liked to say. I had no idea what it meant.

My ma had a special canapé that she used to make, devils on horseback, which was a date wrapped in bacon and took about six hours to make. Reuben hated making them and would revert to a mutterthon, grumbling under his breath. “I kill this devil.”

Then he hit on the idea of using religion. “I am Hindu, bacon not allowed by order of God.” For effect, he would always bandage his eyes with a large white linen table napkin when making these time-consuming eats. We loved it when he did that, it was so dramatic.

I discovered only recently that Sri Lanka has a long history of short eats. Yep, google. “A short eat is usually stuffed and fried, and it comes in many shapes and sizes. There are rolls filled with vegetables, meat, and egg; patties that resemble empanadas stuffed with potatoes and fish; and curry rotis, in which vegetables or meat are packed tightly between flatbread and browned in a pan.”

It is a good way of using up curry remains. I always have a bag of frozen Vadais in my freezer. Vadais are deep-fried snacks made from flour and any leftover veggies. They are moreish, especially served with homemade chutney.

Sri Lanka is a treasure chest of unexpected tastes.

Palm jaggery, made from sugarcane juice and the extract of palm tree, was a favourite. Known as Karupatti in many regions of South India, palm jaggery is a good substitute for refined sugar and much healthier.

But my absolute stomach’s desire were mutton rolls. They were crispy on the outside and then would softly collapse in your mouth as if they’d had a sudden stroke. I always thought mutton was some sort of dessert as a child because these rolls tasted so sweet.

We often bought ours from small local shops or from people on the estate who would set up little stores and they cost nothing. Some months ago, I managed to find some in the Bo-Kaap, in an old glass cabinet, along with a plate of samoosas, a vintage Cape Town snack.

The best samoosas are made by the lady who sells them outside Checkers in Kloof Street, R6.50 each, veg or mutton, delicious and cheap.

In Sri Lanka mutton rolls are a staple in corner shops. Not so abundant in South Africa although some time ago I did find some in the Bo-Kaap at the Rose Corner Café. They are a fag to make but once made they are easy to freeze and heat up for unexpected drop ins or for a last-minute picnic.

During my childhood there was this mythical short eat called the mothagam. “Today I will make mothagam,” Reuben used to threaten but he never did. I don’t think he knew how. But once we visited a place called Jaffna in the very northern tip of the island, you could see India across a causeway, and we searched for this famous short eat, the mothagam. I imagined it like a moth’s wing, a purpling orange colour. It turned out to be a dumpling stuck with bits of palm jaggery and tied up in a soft shell of rice flour. It exploded in your mouth.

“When I was a young boy, we made all our short eats at home from local stuff like leftover curry, coconut oil, and bananas,” says a friend who grew up in Jaffna but left during the war (1983 to 2009) to live in India. “These days, many women make them to make ends meet and sell to small shops, using any ingredients they have to hand. Sometimes it is the only way they can make some money.”

The real problem with short eats is that they are not photogenic and certainly not Instagrammable, at best they look like something you’ve trodden in.

But I remember the taste as Proust remembered the Madeleine. DM/TGIFood