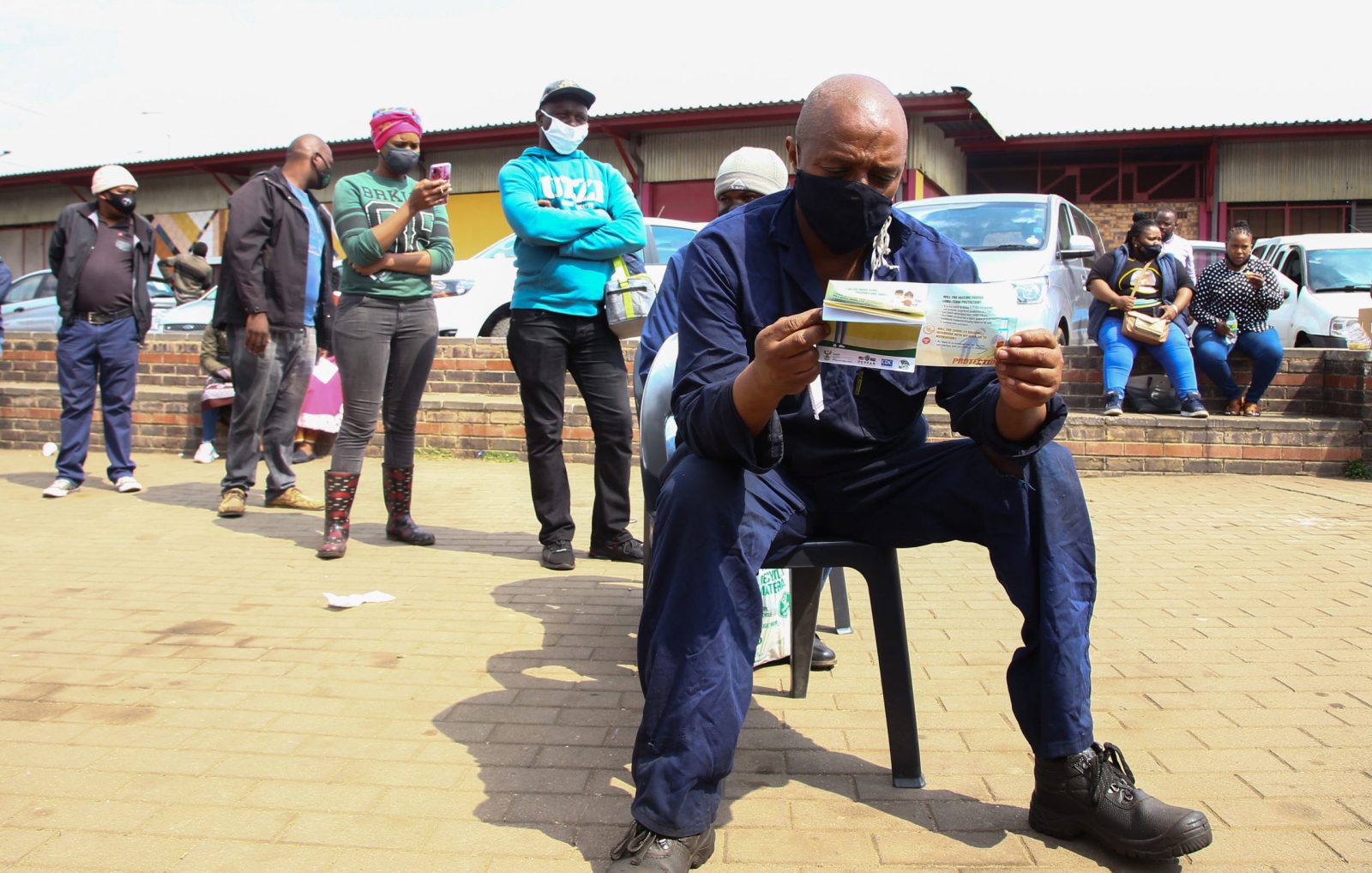 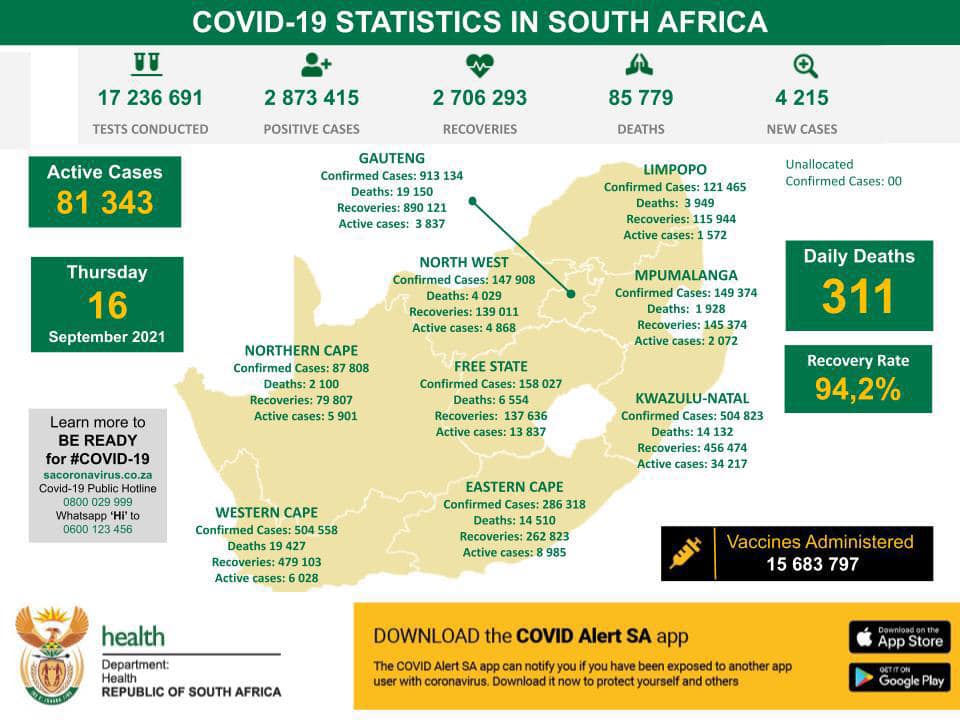 Mississippi has overtaken New Jersey as the state with the highest per-capita death toll from Covid-19. New York City Mayor Bill de Blasio said the city is ready to begin administering booster shots as soon as the federal government authorises them, as early as next week.

China has fully vaccinated more than one billion people against Covid-19 – over 70% of its eligible population – powering ahead of the US and Europe. Italy will require all workers to have a valid Covid passport, as the government led by Prime Minister Mario Draghi moves to set the toughest vaccination requirements in Europe.

Mississippi now has most dead per capita

Mississippi has overtaken New Jersey as the state with the highest per-capita death toll from Covid-19.

Since the end of June, Mississippi has been among the states hardest-hit by the latest wave of infections, fueled by the fast-spreading Delta variant. In that period, Mississippi’s cumulative deaths rose by about 22% to 306 per 100,000 residents, according to the US Centers for Disease Control and Prevention.

In other words, about one out of every 327 Mississippians has died from Covid-19 since the pandemic began last year. In New Jersey, it’s closer to one-in-328.

Italy will require all workers to have a valid Covid passport, as the government led by Prime Minister Mario Draghi moves to set the toughest vaccination requirements in Europe.

A Cabinet meeting on Thursday approved the measure, according to an official familiar with the matter, who asked not to be named as the decision is not public yet.

The wider use of the passports – dubbed Green Pass – had met fierce opposition from right-wing parties including Matteo Salvini’s League, which backs Draghi’s government.

New York City prepares to give out booster shots

New York City Mayor Bill de Blasio said the city is ready to begin administering Covid-19 booster shots as soon as the federal government authorises them, as early as next week.

During a briefing on Thursday, De Blasio said once the federal government gives the green light on boosters, “we need to be ready to move immediately”. The city will use all 1,900 vaccination sites across the city to help administer the booster shots.

“We have the health-care infrastructure” to meet the booster shot demand, Dave Chokshi, commissioner of the New York City Department of Health and Mental Hygiene, said during the briefing.

“If the FDA committee endorses anything it may be boosters over the age of 65,” she said in a Bloomberg Television interview. “That might be the next offering.”

A panel of outsider advisers to the Food and Drug Administration at a meeting on Friday plans to discuss an application by Pfizer and BioNTech for a third dose. Next week, Advisers to the US Centers for Disease Control and Prevention will hold a two-day meeting on booster shots.

Brazil’s health minister says people under 18 should only be vaccinated in case of other underlying conditions or disabilities, according to an order published on its website.

The ministry now says the benefits of vaccinating healthy teenagers are not yet clear, with most of them recovering well when infected by the coronavirus. On September 2, Brazil announced a plan to vaccinate all people aged 12-17.

Crisis of care standards were initially imposed in hard-hit northern Idaho on September 6. Thursday’s emergency order was put in place at the request of a major medical network in the state, St Luke’s Health System, officials said.

“The situation is dire – we don’t have enough resources to adequately treat the patients in our hospitals, whether you are there for Covid-19 or a heart attack or because of a car accident,” said David Jeppesen, director of the Idaho Department of Health and Welfare.

Idaho has the lowest rate of vaccination in the US after West Virginia, according to the Bloomberg Vaccine Tracker.

Several EU governments are pushing back against a proposal by the bloc’s executive arm to extend controls on vaccine exports, according to people familiar with the matter.

The European Commission is intent on renewing the mechanism that allows it to track where vaccines are exported to and to block shipments under certain circumstances, the people said.

At a meeting of EU ambassadors on Wednesday, several diplomats said they no longer saw the need for export controls now that the EU has sufficient capacity to meet its vaccine demand.

The British Red List that hinders travel to 62 countries will be more than halved as the government relaxes curbs next month, The Times reported.

The list, which has 62 countries at present, requires passengers to pay to quarantine in a hotel for almost two weeks. Countries on the list include Brazil, Argentina, Mexico, the Maldives, South Africa, Sri Lanka and Thailand.

In the wake of the pandemic, the European Commission officially launched the Health Emergency Preparedness and Response Authority as part of plans to beef up the bloc’s health agencies and prepare for future emergencies.

In the event of a health emergency, its role will be to ensure the development, production and distribution of medicines, vaccines.

China will start inoculating key population groups with booster shots between September and November, Henan Daily reported, citing a meeting held by the local government of central China’s Henan province. The programme is aimed at people who were fully vaccinated before May 1.

In May, 98% of people said they had worn a face covering in the past week when leaving the house. That fell to 89% this month, the newspaper said, citing Office for National Statistics figures.

China has fully vaccinated more than one billion

China has fully vaccinated more than one billion people against Covid-19 – over 70% of its eligible population – powering ahead of the US and Europe despite having no immediate plans to ease some of the strictest pandemic measures in the world.

A total of 2.16 billion doses had been given in China as of September 15, Mi Feng, a spokesperson at the National Health Commission, told reporters in Beijing on Thursday.

The success of China’s vaccination strategy hasn’t averted flare-ups of the pathogen in recent months, and questions remain about how effective the shots are, especially against the newest variants. The nation is currently battling a cluster in the southeastern province of Fujian after squelching an earlier Delta outbreak, the broadest it’s experienced since Covid first appeared in Wuhan.

Putin says ‘tens’ of cases in his entourage

A Covid outbreak inside the Kremlin has sickened dozens of people working close to Vladimir Putin, the Russian president said, highlighting the scale of the outbreak in one of the country’s most carefully guarded areas.

“It’s not one or two people but tens of people,” Putin told a televised video link with other leaders in the Collective Security Treaty Organization. “I will have to observe self-isolation for several days.”

Trinidad and Tobago’s health minister said there has been no evidence of testicular-swelling due to Covid vaccines, disputing a claim by rapper Nicki Minaj that drew international attention.

Minaj, who has about 23 million Twitter followers, tweeted earlier this week that her friend’s cousin in Trinidad became impotent and his testicles became swollen after taking the vaccine.

“Unfortunately, we wasted so much time yesterday running down this false claim,” Health Minister Terrence Deyalsingh said in a press conference on Wednesday.

Minaj, who skipped the prestigious Met Gala because she did not meet the vaccination requirement, said she was still researching vaccines. The White House said on Wednesday it had offered her a call with a doctor to answer questions about the shot.

Singapore this week began its programme to give booster shots for those above 60 years and people who are immuno-compromised. Health Minister Ong Ye Kung said in a Facebook post that 3,200 seniors stepped forward to receive boosters on Wednesday, and more than 12,000 have made appointments for shots.

Singapore is launching the programme as cases surge in the island nation, with daily infections topping 800, though critical cases remain under control. The government has said it’ll seek to stick to the course of living with Covid-19 for now, though officials warned daily cases may rise to 2,000 in a few weeks. DM

– With assistance from Vincent Del Giudice and Skylar Woodhouse.