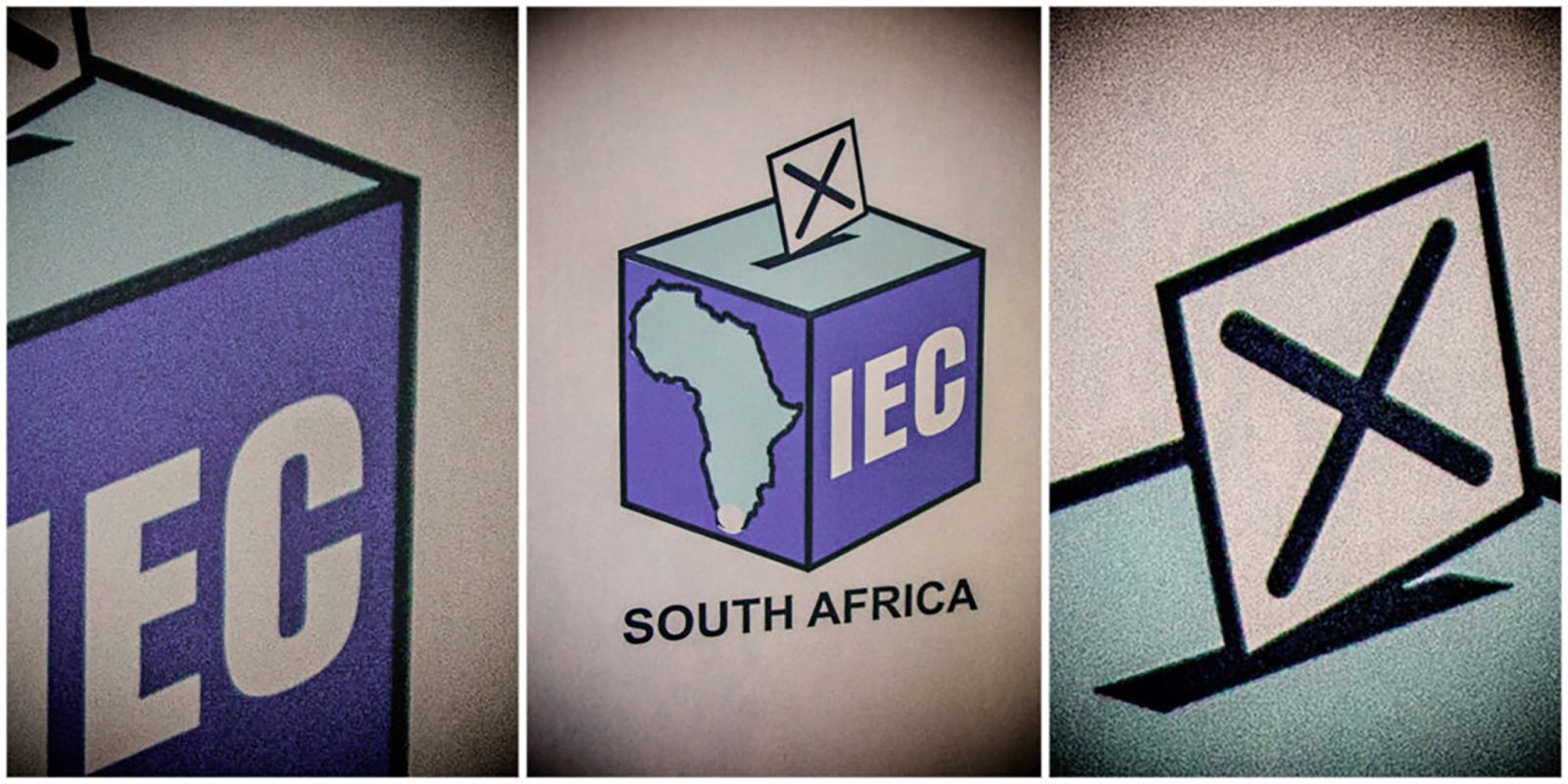 By signing the electoral code of conduct, parties are committing to conducting themselves in a manner conducive to free and fair elections, according to Glen Mashinini, chairperson of the Electoral Commission.(Photo: Gallo Images/OJ Koloti)

Challenges posed by the Covid-19 pandemic have pushed South Africa’s Electoral Commission into uncharted waters, and its reaction to this might have dented its integrity at a time when democratic contestation is heating up.

A recent Afrobarometer survey showed that trust in the Electoral Commission of South Africa (IEC) dropped from a high of 69% a decade ago to just 36%, and that South Africans trusted the country’s institutions in general less than they did before.

The survey was conducted before the court cases about the 2021 local elections’ postponement started, so the influence of these on perceptions wasn’t tested.

Former commissioner Terry Tselane said the IEC might have created the perception that the commission ventured into political terrain when it asked the Constitutional Court to push the elections’ date to next year on the grounds of parties not being able to have rallies. Not all parties agreed with this view as they used alternative ways to campaign.

“What the IEC should have done is to take the [Moseneke] report and demonstrate how it is unable to proceed with elections in terms of its own operations. They didn’t do that,” he said.

The IEC commissioned a report from retired Deputy Judge President Dikgang Moseneke on whether elections should go ahead amidst the Covid-19 pandemic.

“They should not have gone into the terrain of rallies. The IEC in terms of its operations has never measured its success on whether political parties can have rallies or not.”

Tselane, who is now executive chairman of the Institute of Election Management Services in Africa, said the IEC should have asked Parliament to postpone the elections, shifting the burden from itself.

“The IEC’s argument was that they were not going to get the required majority [to pass a constitutional amendment to postpone the elections in Parliament]. Even if Parliament said no, all the IEC had to do was transfer the problem to someone else. Leave the problem with Parliament, and then it’s Parliament’s problem. It’s not the IEC’s decision to take.”

But Grant Masterson, from the Electoral Institute for Sustainable Democracy in Africa, said the IEC might have reasoned that it was more practical – and faster – to approach the Constitutional Court. It was highly unlikely to pass in Parliament because a supermajority of 75% and the consent of six out of the nine provincial legislatures is needed for a constitutional amendment. The Democratic Alliance didn’t want a postponement, and the ANC wasn’t keen on it either.

What did make him uncomfortable was that the IEC acted proactively for the first time by deciding to reopen candidate registrations, in a context where the ANC was pressuring to be given a second chance.

“The IEC usually responds to controversies, allegations, or parties. They are passive,” he said. Now, “for the first time in my memory they played an active role”. I’m concerned about that,” although he added that this didn’t necessarily mean the IEC was “captured” by political interests.

There are, however, some in political parties who believe that previous missteps by the IEC were warning signs in the lead-up to this. Some such “warning signs” included the malfunctioning of the ink that voters’ thumbs were dabbed with that prevented them from voting twice, in the 2019 elections (there was an immediate, independent investigation which found minimal cases of such), and the incident in 2013 in what was then the Tlokwe Local Municipality, when voters were bused in from other wards for by-elections after voters were allowed to register without addresses. A court afterwards ordered that this be rectified.

DA leader John Steenhuisen said the IEC had been “infiltrated by the deployment of cadres”. He said the appointment of Glen Mashinini as the IEC chairperson in 2015 was indicative of that. Mashinini was special projects adviser in the office of then-president Jacob Zuma at the time of his appointment, and opposition parties did not approve.

Mashinini has so far overseen two elections, including the 2016 elections in which the ANC had its weakest showing to date.

“I have no doubt Mr Mashinini was appointed by the same cadre deployment committee [through which President Cyril Ramaphosa admitted that the ANC selected its candidates for the judiciary], and was sent there by Mr Zuma to fulfill a purpose, and that was to push the ANC’s interests,” he said.

Steenhuisen said the resignation in 2014 of former chair Pansy Tlakula  after the Public Protector found that she had flouted procurement regulations in securing a R320-million lease for the IEC’s Centurion head office and that she had an “unmanaged conflict of interest” in this regard, showed what happened when “opportunism and cadre deployment” met.

Tlakula denied any corruption, but the IEC at the time said the findings against her constituted “a particularly challenging and tumultuous period” in its history.

Steenhuisen said “a lot of things have happened and fallen apart for a long time” and that the IEC’s pronouncements in the recent court cases were a sign that it had “reached a critical stage”.

“Their one job in these elections is to ensure elections in the constitutionally mandated time frames but they’ve spent the better part of this year trying their best to delay the elections.”

Steenhuisen said he got the feeling in the IEC’s party liaison committee, on which all political parties sit, that the IEC was trying to “coach” parties to push for a postponement. He said Mashinini should have stood down after the Constitutional Court refused to grant the IEC an election postponement.

“Unfortunately, their credibility is damaged, and their credibility, when they announce election results, is going to be compromised,” he said. “It’s an organisation that needs to be on top of its game all the time.”

Good party leader and Minister of Public Works and Infrastructure, Patricia de Lille, however, reckoned the problem was with political parties. “If political parties can win, then the IEC is the best. If they don’t get their way, then [they say] the IEC is not good,” she said.  “For me it just shows they straddle the length and breadth of the political field.”

Mawethu Mosery, the deputy chief executive of the IEC, said the commission held regular independent polls on whether people trust the institution and whether they believed the election results were credible. For the latter the scores in recent elections were high – around 98% and 99% – although trust in the commission itself was much lower.

Mosery said the IEC’s constitutional mandate was to deliver free and fair elections, and that is what it set out to do. The commission believed that the timetable it had published – in consultation with the political parties – following the Constitutional Court judgment, was a delivery on this.

He said 11 out of the 15 parties on the party liaison committee had agreed that candidates should be allowed to register, so it wasn’t a decision that would benefit only the governing party. He admitted that the recent controversies over the postponement of elections were a worry in relation to the IEC’s image.

“We will continue what we do best, and that is to explain the basis of our decision, and to interact with mediums of communication to give our perspective and understanding.”

He said the commission shouldn’t be judged by the background of the individuals that staffed it, but rather by its work. “The real test of anyone in this institution is how they carry out their work,” he said, “and how they behave themselves.” DM