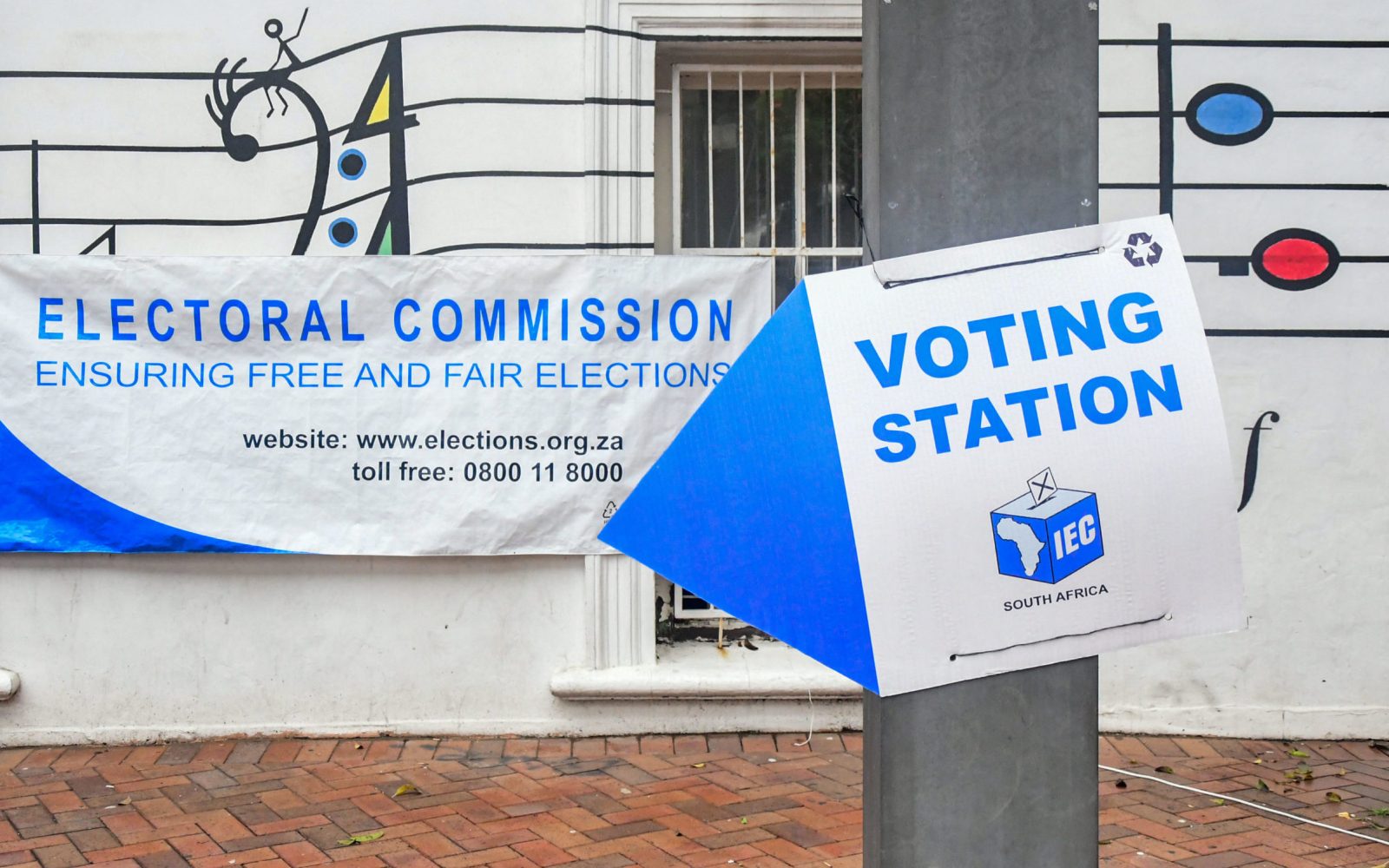 Signage at voting station for Ward 32 during the by-elections on November 11, 2020 in Durban, South Africa. It is reported that it was the largest by-elections that ever took place in South Africa on a single day with 107 seats up for grabs in 95 wards. (Photo by Gallo Images/Darren Stewart)

Outcomes of this year’s municipal elections will have a greater impact on your day-to-day life than you think.

Following its discussions with the Constitutional Court, the IEC has announced that voter registration for the South African local elections will take place from 18 to 19 September 2021 between 8am-5pm, with the proclamation of an election date to follow on 20 September.

Despite the fact that the verdicts and undertakings of municipal councils have a significant bearing on the day-to-day lives of South African citizens, voter turnout for local elections has consistently been lower than that of national and provincial elections since the inception of democracy.

Here, we explain what role your municipal council plays in your area, why it is important that you cast your vote in the upcoming local elections and what you need to do to register.

What are the duties of municipal councils according to the South African Constitution and how do they impact your life?

Section 152 of the South African Constitution demarcates the five primary duties of local governments as follows:

This means that you get to have a say in who calls the shots on matters of public interest in your municipality. Decisions reached by the council must be defensible and related back to you and your community.

Everything from the provision of water and electricity, sanitation services and drainage systems to the removal of refuse, filling of potholes and fixing of streetlamps fall under the jurisdiction of your municipal council.

One way that municipalities have sought to do this is through Integrated Development Plans (IDPs). IDPs are implemented at the local level are aimed at overcoming the legacy of apartheid and achieving even development across municipalities. IDPs require cooperation between municipal councillors and their constituencies in planning, prioritising and rolling out locally-targeted economic and social upliftment initiatives.

In order to meet their constitutional obligations, municipal councillors must not only provide services but must do so effectively and efficiently; water must be clean, electrical power lines must not pose a threat to your safety, sewage and drainage infrastructure must be maintained, refuse removal services must be prompt and public areas must be well looked after.

Your municipal council must make a concerted effort to promote and provide opportunities for you and your communities’ involvement in their decision-making process. Be it through regular community meetings and focus groups, publicly rolled-out surveys or the provision of online platforms that allow you to log complaints or file suggestions, municipalities’ open communication and regular consultation with their constituency is constitutionally mandated.

So, why should you vote?

The vast majority of South Africa’s municipalities and municipal districts are financially indigent. This can, in large part, be attributed to corruption and poor management of financial resources by municipal councillors; two factors over which you have the ability to exert a degree of control by exercising your right to vote.

Voting provides an opportunity to elect the ward candidate and political party that you believe will best represent your interests and the interests of your community. It gives you a say in how your taxes will be spent and how the financial resources of your community will be managed.

Service delivery inadequacies are a huge problem in South Africa and protests are likely to increase in the future. According to the General Household Survey, access to clean drinking water declined in five provinces between 2002 and 2019. Although their provision has been on a persistent incline, by the end of 2019, 15% of South African households still did not have access to electricity supply from the mains and 17.9% did not receive access to improved sanitation. Voting for a party with a steadfast service delivery plan will help to mitigate these inadequacies and reduce the occurrence of service delivery related protests.

Unprecedented rates of technological convergence and the growth of the global knowledge commons mean that we are better equipped than ever to make an informed decision about who we vote for. We must harness the wealth of information at our fingertips: read widely, read from reputable sources and make an effort to understand the proposed strategic plans of the parties and candidates listed on our ballot sheets.

Finally, until 1994, most of the South African population was not allowed to vote. Hundreds upon thousands of South Africans actively fought for open democracy and many of them died in the process. Preceding our last local elections in 2016, the IEC conducted a survey that found that 78% of South Africans considered voting to be an integral duty of all citizens and expressed intent to vote in the forthcoming elections. However, actual voter turnout on election day was only 57.94%.

Voting means honouring the legacy of those who died fighting for your right to do so.

The logistics: Who can vote and where can you register to vote?

To vote you must:

Option 1 — In-person: Your closest voting station can be found by using the IEC’s online voting station finder. If you want to register before the voting weekend you can do so at your nearest IEC office.

Option 2 — Online: You can register online via the IEC’s voter portal. You will need to upload an electronic copy of your ID.

You can only vote if you register in the ward that you are voting. You must cast your vote at the same place that you are registered. DM/ML

For a more comprehensive, step-by-step guide on the voting procedure, an explanation of “special votes” and a summary of important dates. Click here.