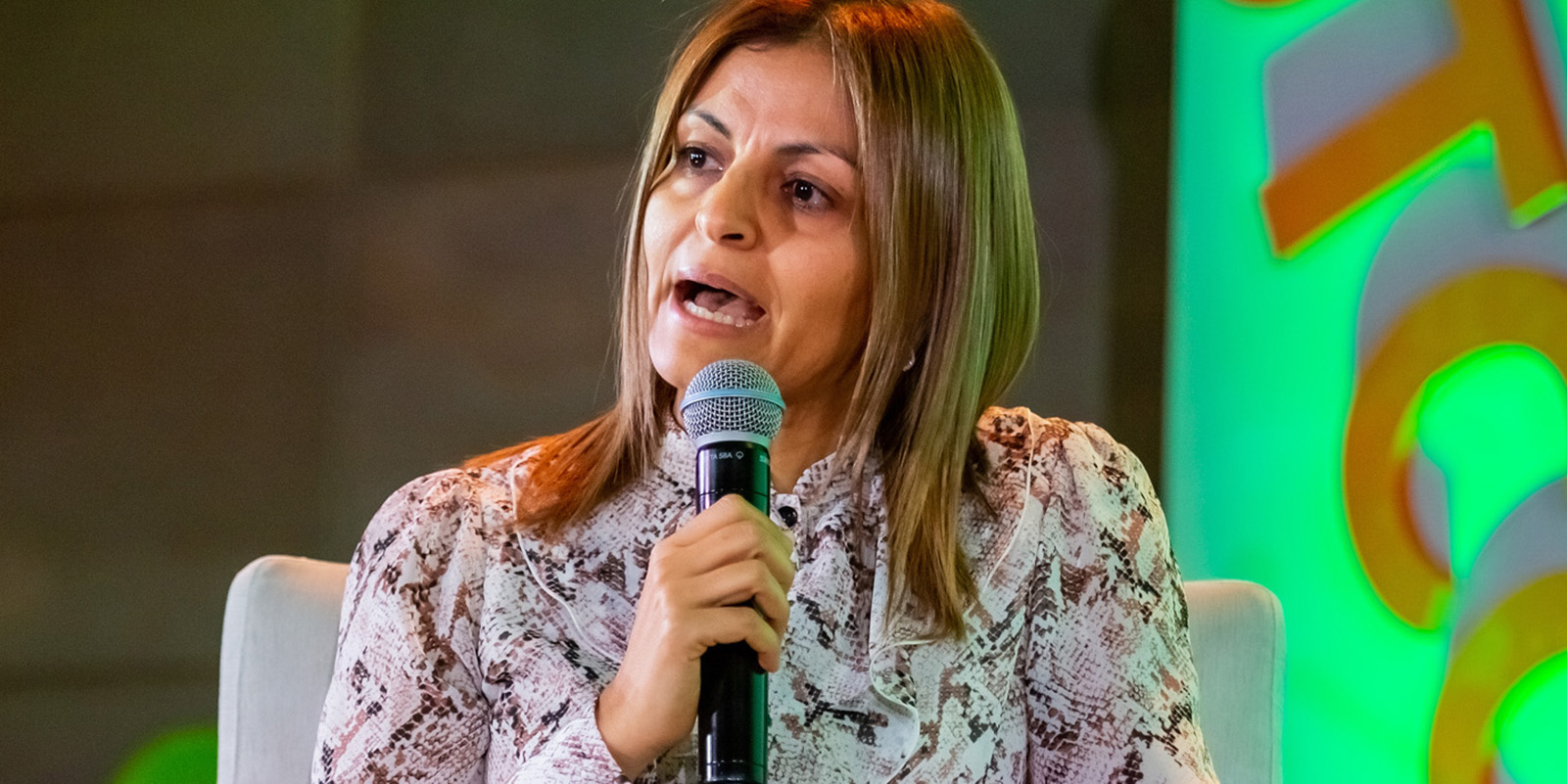 At the Harambee Youth Employment Accelerator, CEO Maryana Iskander and her team have become a presence in the lives of 1.5 million young people who are part of its community and have received training or work opportunities to bridge them into the world of work.

Since its inception in 2011, Harambee has helped provide 500,000 work opportunities. Once young people get a job, they stay in the economy, research has shown.

Harambee partners with the government and South Africa’s leading blue-chip companies to tackle the country’s biggest challenge: how to pare down the youth unemployment rate, which has climbed to well over half of all employable young people.

From January, Iskander will expand her mark into the somewhat larger community of Wikipedia. The global open-source knowledge base is usually the first site you hit when you want to know something, and the Wikimedia Foundation, which Iskander will lead as CEO oversees the 280,000 volunteer contributors who are the knowledge army behind Wikipedia.

The content these contributors create and curate sees 18 billion visits a month to the world’s biggest open-source information site, started by the Internet savant Jimmy Wales.

Iskander, who was born in Egypt and brought up in the US, came to South Africa 10 years ago after a stint as the chief operating officer at Planned Parenthood America, serving as an associate at McKinsey & Company and also a law clerk on the US Court of Appeals for the Seventh Circuit.

“I am interested in how humans and technology fit together,” she said, adding that all her roles reflected a common interest in “breaking down barriers, focusing on inclusion and access”.

As Harambee CEO, Iskander has worked assiduously to understand why young people are not getting a break into the mainstream economy. Her team’s work has been instrumental in policy development and implementing President Cyril Ramaphosa’s youth employment project run from the Presidency.

The Wikimedia Foundation is a logical next step for her because of its principles of making knowledge accessible and of democratising how it is created. The contributors are “incredible humans”, she says. “I want to put my time and talent into their pot.”

The foundation employs more than 500 people worldwide, has a budget of $100-million a year and operates the technology that runs Wikipedia.

“In her role as CEO, Maryana will take on the urgent task of expanding access to, and participation in free knowledge globally, as the threats of widespread misinformation and online censorship grows direr,” said the foundation in a statement announcing her appointment.

Information technology platforms like Facebook, Twitter and Google are under unprecedented global scrutiny for hosting misinformation and disinformation, and because many countries believe them to be too powerful a force, which operates with little scrutiny or accountability. At the other end of the spectrum, authoritarian states now deploy netblocks to prevent their citizens from using the platforms to organise against them.

Iskander says that Wikipedia’s principles of being run by an independent foundation with volunteer contributors offer an antidote to Big Tech’s conundrum. Its methods of transparency and healthy debate, as well as the ability to continually iterate or improve, allow it to enjoy greater trust than other big platforms.

“You and I see the same thing,” she says, about the fact that the other platforms are all driven by algorithms geared to increase audience by tailoring content to who and where you are in the world.

In an interview with The Washington Post, Iskander said she wanted to broaden the base of contributors (the vast majority of whom are male and from Northern Hemisphere countries) and editors to reflect the Wikimedia Foundation’s ambitions to be truly global. Only 4.4% of Wikipedia’s content is from and about Africa – an indication of the imbalance that must be corrected.

Asked what, if any, lessons South Africa and her work at Harambee offered for her new role at the tech giant she will now head, Iskander says, “South Africa is a complicated society in which progress is only possible by thinking innovatively and by crossing bridges. You need a systems’ view to understand the complex ecosystem.”

It’s a good basis for taking on a role as CEO of a decentralised movement of 280,000 contributors and an opportunity to make it truly global. She will continue to live in South Africa and travel as required. DM/BM