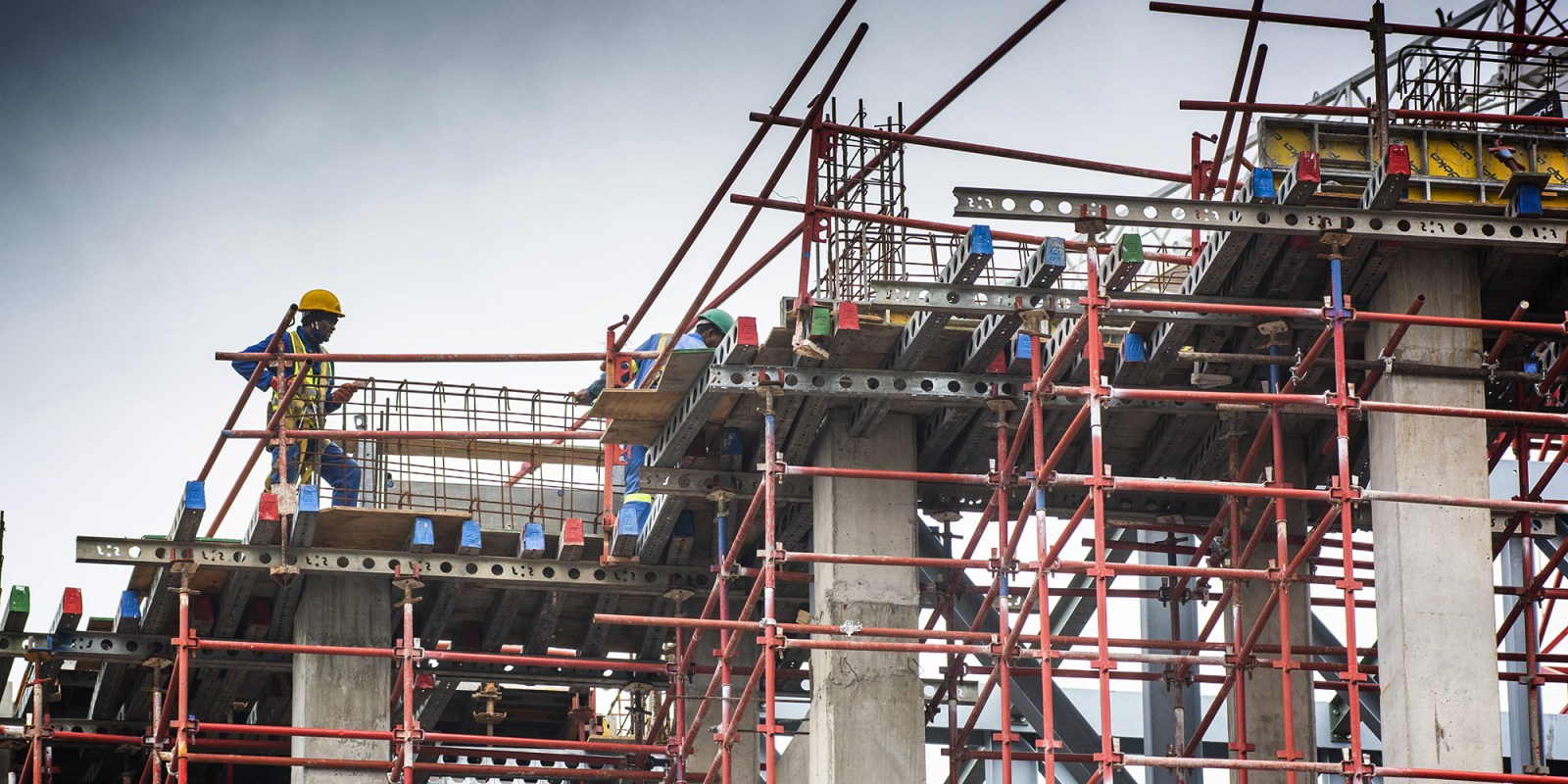 Construction work on a building in the Sandton district of Johannesburg, South Africa. (Photo: Waldo Swiegers / Bloomberg via Getty Images)

The Building Confidence Index is the latest indicator to suggest that the economy is in the throes of a contraction this quarter, a major setback to the fragile recovery from last year’s pandemic-triggered collapse.

The FNB/BER Building Confidence Index fell four points to 35 in the third quarter (Q3), the latest indicator to suggest the economy has been contracting since July. And as construction is labour intensive, it represents another spike driven into the heart of the labour market.

The index ranges from zero to 100 and a reading of 35 means that 65% of respondents in the building sector are not pleased with current business conditions.

“Sentiment in the building sector remains downbeat. Part of this is due to the moderation in main contractor activity, which in turn has seen profitability come under noticeable strain. Other factors not explicitly captured by the survey have also dampened sentiment. These include delays in the municipal approval of projects, the so-called construction mafia and government inaction regarding the roll-out of key building projects,” said FNB Senior Economist Siphamandla Mkhwanazi.

So the “construction mafia” – who shake down contractors for cash or hiring preferences in return for “protection” – is among the trends that have shaken confidence. The wave of looting and destruction unleashed in July after the jailing of former president Jacob Zuma was also no doubt at play here. This all highlights the mounting economic costs of lawlessness and the failing state that the ANC presides over.

Rebuilding in the wake of the damage inflicted in July should spur a mini construction boom – what gets torn down should be re-erected – but that does not seem to be the case.

Building sentiment has been in the doldrums for some time now. The index at 35 is actually higher than its average reading for the past three years or so, which is testimony to the economic inertia that has characterised the Ramaphosa presidency, which has been long-winded on words but has fallen woefully short on action. Perception is reality, and few things capture perception better than confidence indices.

Worryingly, the index excluding hardware retail and building material manufacturing  – a measure of confidence in the “core” building sector – fell to 20 from 25 in Q2. The unemployment rate in Q2 scaled a record high of 34.4%, and sentiment in the labour-intensive building sector suggests it probably shed rather than added jobs in the current quarter, which wraps up at the end of this month.

It is also the latest indicator to suggest that the economy is in the throes of a contraction this quarter, a major setback to the fragile recovery from last year’s pandemic-triggered collapse. Among other things, this means that the South African Reserve Bank is likely to hold interest rates steady at their current low levels when its Monetary Policy Committee meets next week.

The bright spot on the building front remains the retail sector. Hardware retailer confidence added to recent gains, rising 12 index points to hit 77, its highest level since 2007. This suggests that DIY projects are going full steam ahead, perhaps because much of the professional workforce is still spending so much time at home. Turning a home into an office requires renovations. This is probably a good sign for small-scale contractors, who often buy their supplies from hardware retailers.

But overall, the building sector remains on shaky foundations. DM/BM