Raducanu’s success rubs off on F1s Ricciardo and tenn... 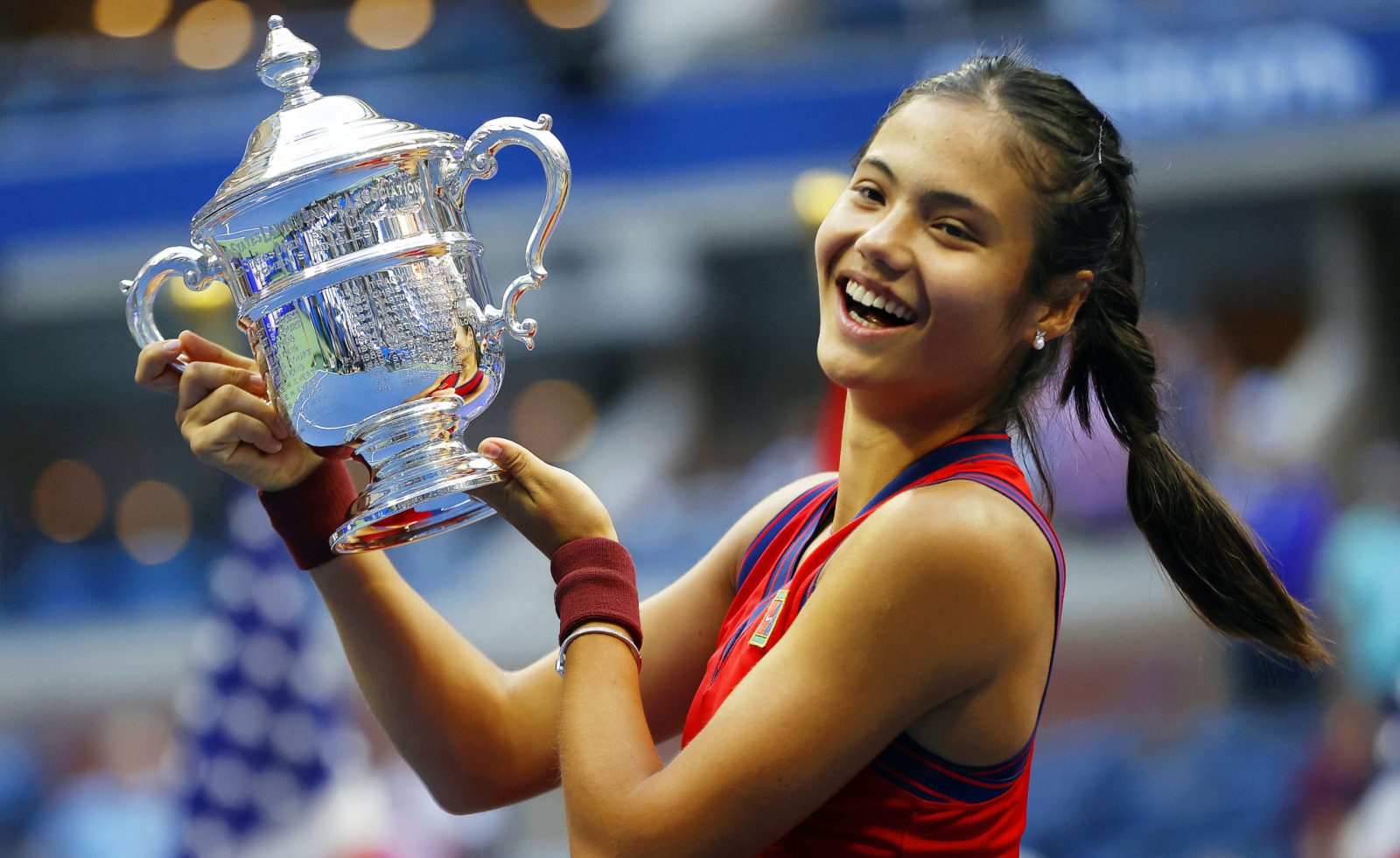 Emma Raducanu of Great Britain celebrates with the championship trophy after defeating Leylah Fernandez of Canada to win the women's final match on the 13th day of the US Open Tennis Championships at the USTA National Tennis Center in Flushing Meadows, New York, USA, 11 September 2021. (Photo: EPA-EFE/JOHN G. MABANGLO)

A keen Formula One fan, Raducanu attended the British Grand Prix at Silverstone in July and has said the ever-smiling Ricciardo is her favourite driver.

“Thank you, Emma,” the 32-year-old Australian beamed after the podium celebrations at Monza when reporters asked him about it.

“I watched the whole game last night. I can say it now, I’m not going to shy away from it. I went to bed at probably quarter to one because I couldn’t turn it off.

“It was awesome. I was like ‘I’ll watch the start’ and then I watched it all, so it was amazing, it was phenomenal and it’s awesome that she’s a fan of the sport, I think more than anything.

“I appreciate the love for me, Emma,” he continued.

“But I think also seeing her last night (she) was not overwhelmed by the stage and just kind of taking it all in and playing with aggression and I think just backing yourself… That’s so powerful and it was cool.

“That’s why I’m a fan of sport, I love all types of sports because you can gain knowledge from it, you can learn from other sports and the mindset… so congrats to you Emma. You killed it.”

Norris said he also ‘fell victim’ to the tennis showdown between Raducanu and Canadian Leylah Fernandez and suggested it might not be the last time.

“I would never have watched ever, a full game of tennis until last night,” said the 21-year-old.

“It was actually just a lot more enjoyable than I thought. It was pretty cool. I watched it from start to finish, maybe that’s why we had a good day, maybe we need to watch a tennis game, she has to play every Saturday night.”

Raducanu, 18, became the first British woman for 44 years to win a Grand Slam title when she beat Fernandez 6-4 6-3.

She was also the first player, male or female, to win a Grand Slam title having had to go through the qualifying tournament and did so without dropping a set.

Nine years after Murray won the first of his three Grand Slam titles at the US Open, 18-year-old Raducanu stunned the tennis world by beating fellow teenager Fernandez in Flushing Meadows.

“It was incredible what she did there,” Murray, who himself ended Britain’s 76-year wait for a male Grand Slam champion when he beat Novak Djokovic in the 2012 final, told the BBC.

The 34-year-old Murray, who has long shouldered the burden of British tennis, said he knew how good Raducanu was when she reached the Wimbledon fourth round earlier this year.

“I’ve spent a little bit of time around her on the practice court, but more so in the same building, training close to each other, and watching what she’s doing, and she’s obviously really, really good,” the former world No 1 said.

Raducanu’s victory is among the “greatest achievements” in women’s sport, men’s world No 8 and 2020 US Open champion Dominic Thiem said.

“For me, it’s one of the greatest achievements ever in women’s sports,” Thiem told Omnisport.

“It’s an incredible journey if you look at the stats. She didn’t lose one set the whole tournament. She came from qualifying and she didn’t even play one tiebreak.

“That’s simply amazing and something that probably was never witnessed before.

“And also the way she plays, her technique, the way she moves, somehow she brought it up to a new level for the whole game … it was great to see.”

Raducanu climbed 127 places to 23rd spot in the world rankings after her victory at Flushing Meadows. She is 14th in the race to qualify for the season-ending WTA Finals. Reuters/DM