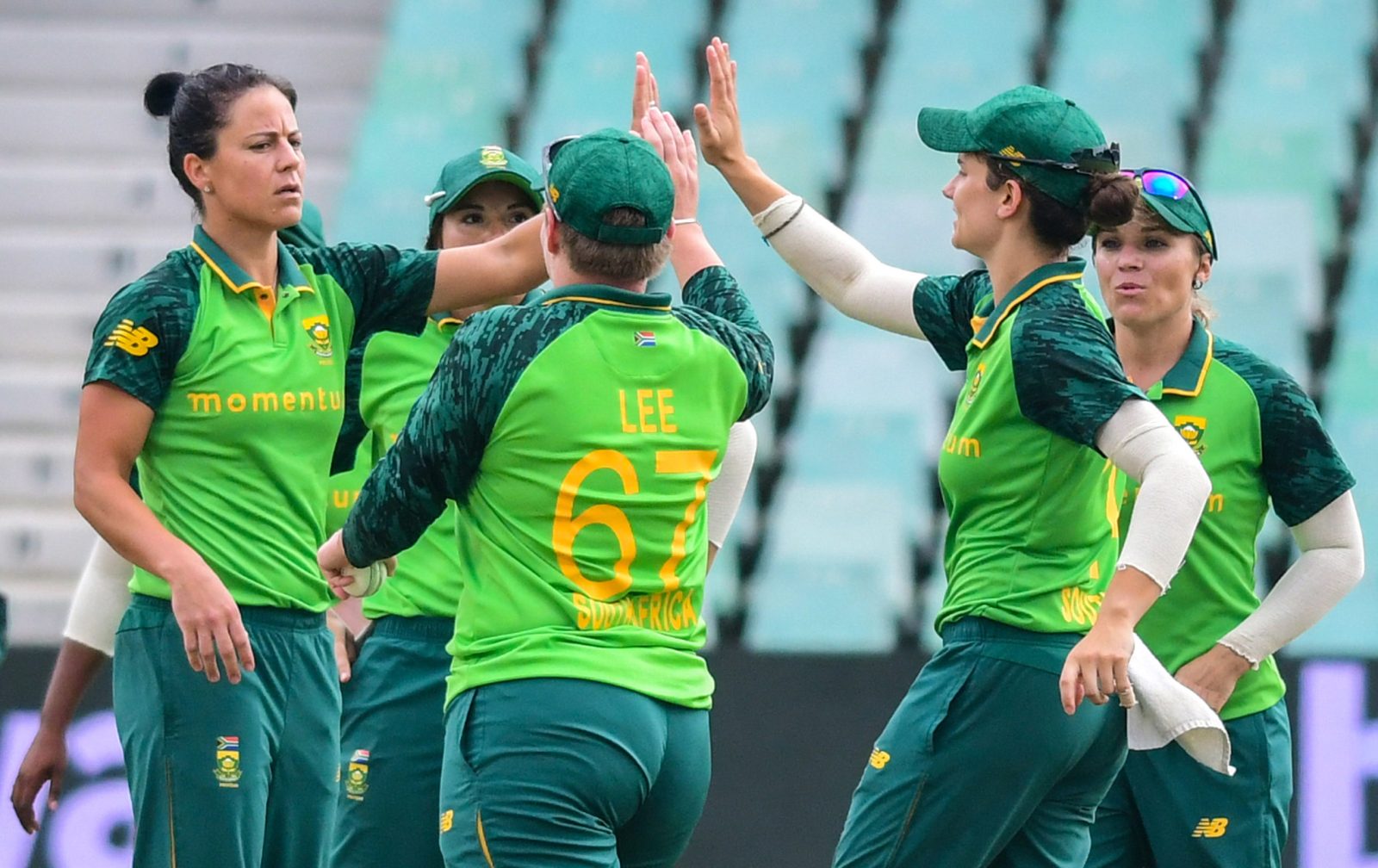 South Africa’s women’s cricket team have just sealed a first series win to date in the Caribbean after taking an unassailable 3-0 lead over the West Indies. The sky’s the limit for Hilton Moreeng’s team, which boasts some of the best cricketers in the world.

“We will build a team nobody wants to play against.”

Those were the words of Chelsea’s German manager Thomas Tuchel after he took over the reins from a fired Frank Lampard at the English football club just under a year ago. Backed by the funds of the side’s Russian billionaire owner, Roman Abramovich, he has indeed turned Chelsea into a formidable side once more.

Proteas women’s coach Hilton Moreeng is doing something similar with the national team.

However, unlike the bravado displayed by Tuchel, he is letting his side’s success do the talking for him and his technical staff. Even over the constant chaos that erupts in Cricket South Africa’s (CSA) boardroom.

The Proteas, currently touring the West Indies, secured their first series win in the Caribbean when they chased down 157 with 13.2 overs to spare. The win completed an eight-wicket victory over the West Indies women to take an unassailable 3-0 lead in the five-match one-day international (ODI) series in Antigua.

Brilliant bowling performances by Shabnim Ismail, Ayabonga Khaka, as well as all-rounders Suné Luus and Marizanne Kapp, saw the team bowl out their rivals for just 157.

The quartet picked up eight wickets between them, laying a perfect foundation for the impressive opening pair of Lizelle Lee and Laura Wolvaardt to pioneer a simple chase with the bat for the Proteas.

The duo each bagged half-centuries as they contributed with a 122-run partnership to the chase. After Wolvaardt and Luus’s dismissals, Proteas captain Dane van Niekerk was there to help Lee push the team over the line, adding 18 runs off 18 balls to complement Lee, who finished unbeaten on 78.

The previous two ODI triumphs that set up the historic series win for the Proteas were just as resounding. The visitors thrashed the hosts by eight wickets in the first match, before following up with an equally devastating nine-wicket victory.

Momentum for the World Cup

The series win is the third consecutive triumph in the 50-0ver format for Moreeng’s team in 2021. In January they smacked Pakistan 3-0 on home soil.

Then, two months later they travelled to India where they walloped the hosts 4-1 in another demonstration of the progress they’ve made since Moreeng took over in 2012.

The player of the match in this latest series-sealing victory, fast bowler Ismail, says the side’s confidence is growing constantly as they march towards the Women’s World Cup, which will be held in New Zealand from 4 March 2022.

The 32-year-old, speaking after returning figures of three wickets at the cost of just three runs per over, said they have long navigated past the stage where they worried about their opposition rather than the quality they possess as a team.

“It boils down to our performances. The way we’ve been portraying ourselves on and off the field just shows we are here to do business,” said Ismail.

“Yes, it is baby steps towards the World Cup. But the way we’re playing our cricket at the moment just shows that when we go to the World Cup, we’re going to give everyone a run for their money. I’m really excited to go there and show everyone that we are the South African women’s team, and also just to display our talents as well.”

Moreeng’s side have reached two consecutive World Cup semifinals in recent years. They reached the last four in the last edition of the ODI World Cup, in 2017, before following that up with another semifinal appearance at the 2020 T20 World Cup in Australia.

There is a growing belief that they can push all the way come 2022 in New Zealand. With an array of stars throughout their roster, this belief is not unfounded.

On top of the world

The Proteas have two players occupying the summit in the latest International Cricket (ICC) rankings for ODIs.

Opening willow-wielder, Lee, tops the global batting rankings thanks to her return of 187 runs over the first three ODIs in the Caribbean.

Kapp is first in the world when it comes to all-rounders, joined by her wife and Proteas skipper Van Niekerk, who is seventh globally despite missing months of action due to injury.

In the bowling department, Kapp and Ismail are in the top four, with Khaka in seventh place.

The latter recently spoke about the Proteas’ strong bowling attack, singling out opening bowlers Ismail and Kapp for praise.

“I think they are top-class bowlers and you are always learning from them. When they have the ball they lead, and us as the other bowlers, we also want to make an impact. They make it easy for us to execute what we need to execute. We are all different types of bowlers in that we have different skills. At the end of the day, we are great as a bowling unit,” Khaka said.

South Africa and West Indies will be back in action on Thursday afternoon (4pm) where the visitors will be looking for yet another win to set up a potential whitewash over the hosts come the fifth and final ODI on Sunday. DM