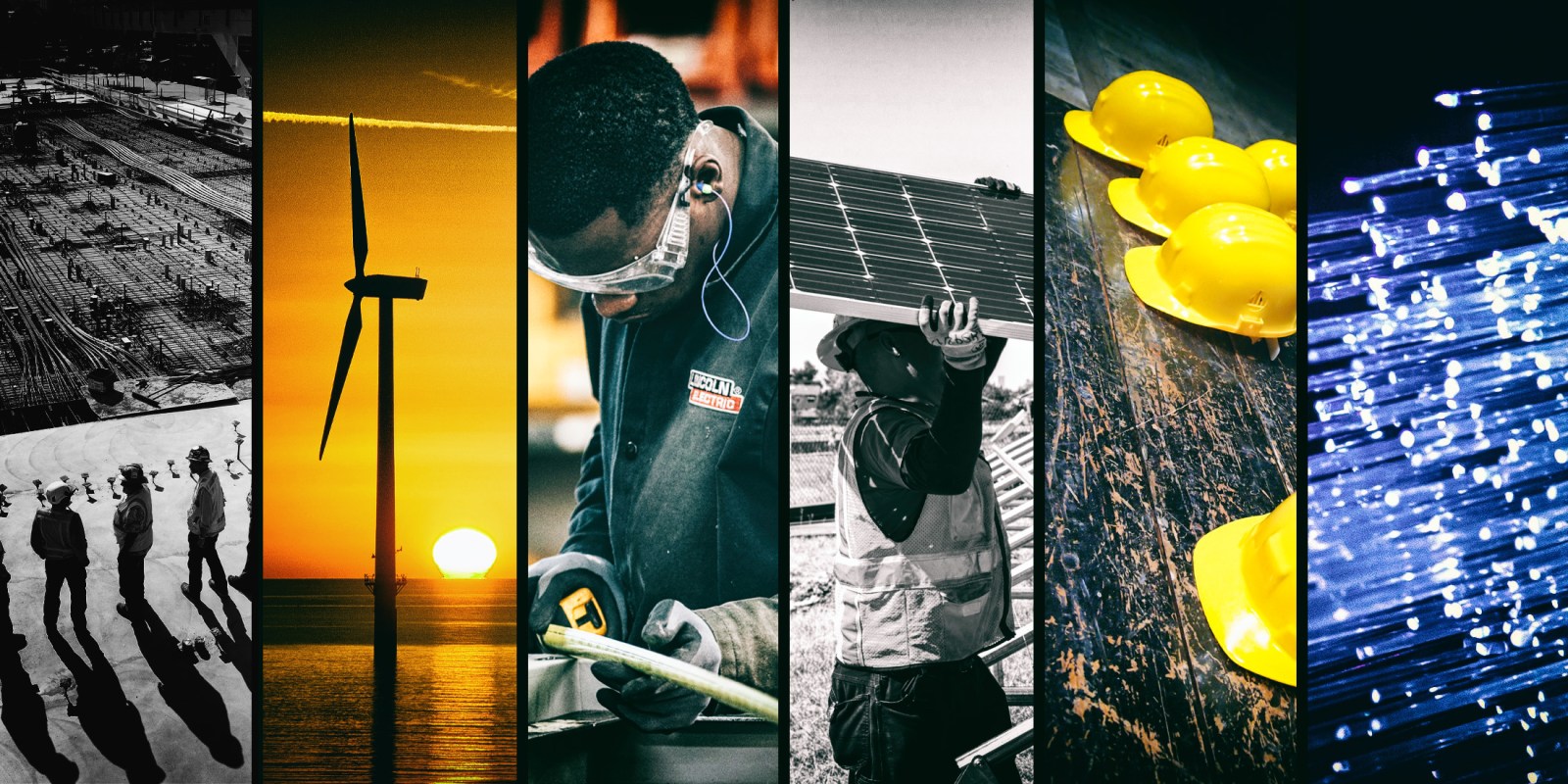 Renewable energy could be a viable solution to South Africa’s unemployment, Eskom’s problems and the looming effects of the climate crisis.

If only South Africa would look to its available resources of sun and wind it may well be able to address its employment and energy problems.

This is according to several panellists who took part in a webinar, “Climate choice or climate challenge?”, hosted by Sanlam Investments.

Professor Guy Midgley, a climate scientist at Stellenbosch University, argued that a possible solution to the 44% unemployment rate in South Africa, the country’s failing energy system and the climate crisis is to transform South Africa’s energy systems.

Midgley said if thousands of South Africans were employed to build a new energy system this would sort out the country’s energy problems and contribute to the mitigation of the climate crisis.

“We seem to be ignoring all this as an opportunity; we have plenty of renewable energy in this country which we can convert to usable energy,” he said.

Midgley said the migration of people into cities is a tremendous opportunity to clean up the system and make it more efficient.

“Population is not the problem; the problem is overconsumption based on a very dirty energy system. The World Economic Forum has highlighted a study done by Harvard University where they showed that it is possible to shift the entire world’s system to renewable energy by 2050. One of those papers looks at sub-Saharan Africa and it said it is possible just beyond 2030 to shift the entire sub-Saharan Africa to renewable energy.

“This is an opportunity – we know how to do it, we are just not taking it,” Midgley said.

Another panellist, Ramez Naam, the co-chair for energy and environment at Singularity University, said one of the challenges that Eskom faces is that there is no growth in sales of its product.

“Embracing electric vehicles will give them a new source of demand for electricity and that increases electricity sales. It is what will allow them to buy down their debt and become a more sustainable company,” he said.

Naam said South Africa has some of the best sun and wind conditions on the planet for generating energy.

“The coal power plants that are burnt on old technology are not very efficient as a lot of that energy and coal is not even used. South Africa has the power to build a modern energy system with the backbone of the sun and wind and some other things that are being used as well,” said Naam.

He said South Africa’s abundant resources of sunlight and wind, “combined with other efforts in job training… [have the] potential to attract industries to South Africa and create jobs”.

“The benefit of that has yielded to 6,400 megawatts that we have procured from those IPPs but the cost is immense. The investment needed, the debt as well as equity to generate those results, was R250-billion,” he said.

“In the Northern Cape, you can provide the entire infrastructure to generate that energy, but the existing grid does not have the capacity to feed it into. The issue also goes in circles as to how do we upgrade the grid. That needs further investment,” he said.

Dr Lucian Peppelenbos, ESG climate strategist at Robeco, said the sector was ripe for investment. “There is renewable energy in places like South Africa, Morocco, Chile and Costa Rica.” He added that there are a number of areas where investment can be made to mitigate the climate crisis that will pay off immediately.

“In the Western Cape, climate change means reduction in reliability of winter rainfalls; in Gauteng it means impacts of more extreme rainfalls and flash floods, similarly in KwaZulu-Natal. In the Southern Cape and the Northern Cape there are increasing droughts and more intense droughts.”

Midgley said climate change affects every aspect of our lives.

“It affects the way business is done, supply chains, particularly it affects the poor because climate change impacts on the poor are worse. I would like to say it’s a gender issue, because these negative impacts tend to affect women worse than men,” he said.

Midgley said the developed world had failed to lead successfully on the issue of climate change.

“We can’t rely on that any more. Why can’t the developing world take the bit between the teeth and build a better system for them? We can build the world out of this.

“The developing world has been crying about the impact or adverse impacts, for decades, unheard.  Now we see heat waves in Canada, flooding in Germany. These systems are getting caught off-guard by extreme climate events.”

He said the developed world had suddenly realised that these will affect them as well.

“Believe me, they will not permit this to continue, so if we continue as South Africa to pursue a fossil-driven system we are going to find ourselves sitting with a stranded asset because of this.” DM/OBP