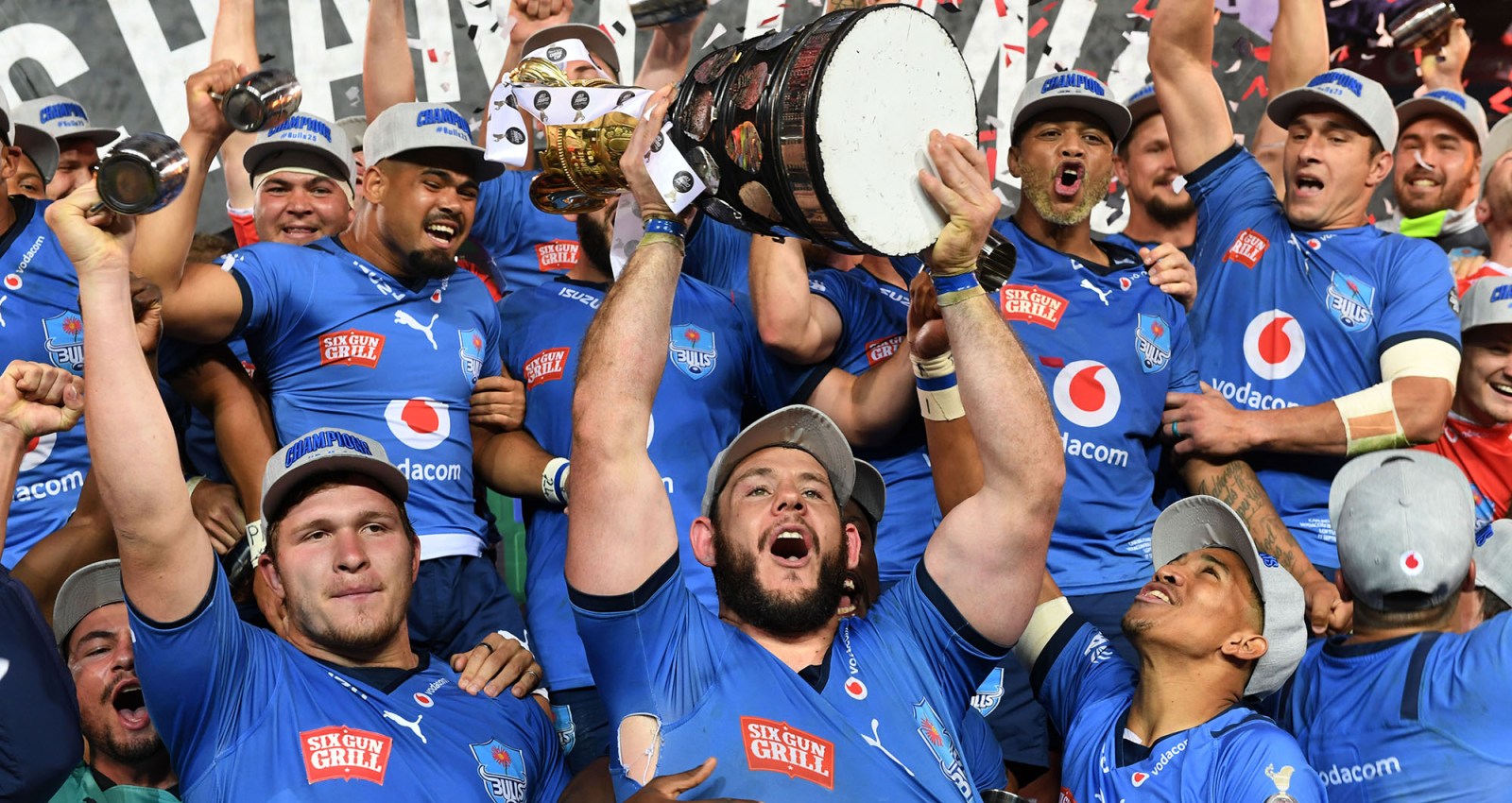 Loftus Versfeld in Pretoria saw double the action this weekend as both its tenants, Mamelodi Sundowns and the Bulls, recorded significant victories to further their respective ambitions for dominance.

What do the Bulls and Mamelodi Sundowns have in common? They are both from South Africa’s capital city, Tshwane, they are heavyweights in their respective sports of rugby and football and mining magnate Patrice Motsepe has a stake in each of them.

Additionally, both teams won at the Loftus Versfeld stadium this weekend, which they each call home.

The Bulls made it two from two in as many seasons when they successfully defended the Currie Cup title against the Sharks in a one-sided final on Saturday.

Jake White’s side ran out comfortable 44-10 winners in one of the oldest rugby competitions in the world, setting a new points difference record for a Currie Cup final in the process.

On the other hand, Masandawana, who have been a force of South African football over the last 10 years, saw off a resilient Kaizer Chiefs side 2-0 just a day after the Bulls’ success.

The victory, courtesy of a goal from Grant Kekana and Peter Shalulile in each half, sent Sundowns to the summit of the DStv Premiership with seven points, a familiar spot for the Chloorkop outfit, who have won four league titles on the trot.

It is still early days though, with only three games played. However, just like the Bulls since White’s appointment as director of rugby, Sundowns are used to being at the summit and staying there.

In a repeat of the 2020 Currie Cup final, the Bulls hosted the Sharks in what promised to be a scintillating final. Both sides had been clinical and efficient in the lead-up to this contest and were deserving finalists.

The hope was that they would put on a show similar to that 2020 final, which was delayed by Covid-19 and subsequently only played in January 2021.

Then the game finished 26-19 in favour of the Bulls, after going into extra time. There was none of that this time around, as the Tshwane side dismantled their Durban counterparts to extend their streak at Loftus to 22 wins in 23 games.

The hosts outscored their opponents by six tries to one, scoring three five-pointers on either side of the break to ensure they never lost control of the match.

“That was probably close to a perfect performance, based on the fact that we took chances when they were given to us; and when questions were asked of us, we made the right reads,” said White after the final whistle.

The points difference of 34 was also bigger than the previous record of 30, set by the same side (then still called Northern Transvaal) when they beat Western Province 39-9 in the final in 1980.

It was also the first time since the early 2000s that a team had managed to successfully defend the Currie Cup title. The Bulls achieved the feat when they won it outright for three straight seasons (2002, 2003 and 2004).

“I’m very proud of the fact that it’s a back-to-back result. This union is an incredibly proud rugby union. We want to be the best club. We want to make sure that we create a bit of a legacy, and we are very thankful for what’s happened before,” White added.

“Let’s not forget that players before us have had exactly the same successes, and that’s probably why we can do what we do – because we have a bit of a legacy that’s been given to us.”

The Bulls, alongside the Sharks, Stormers and Lions, now turn their attention to the inaugural United Rugby Championship (previously known as the PRO14).

The Currie Cup champions will be looking to assert similar dominance when they travel to face Irish side Leinster in two weeks. As will the rest of South African franchises when they face teams from Italy, Wales and Scotland.

Whereas the Bulls cruised to victory, Sundowns had some nervous moments on Sunday afternoon but managed to successfully hold off a determined Chiefs outfit, thanks to a pristine defensive display and some profligacy on the part of the Soweto giants. This included a missed penalty by Amakhosi substitute Lebogang Manyama with nine minutes remaining.

“Not easy. But credit to the team – to the entire team. Credit to the entire technical staff. This was a very good team performance. Even with the subs coming in, you could see the intensity and the willingness of wanting to assist the team,” said Sundowns co-coach Rulani Mokwena.

Sundowns’ assurance-of-victory goal came after they had subbed on new signings Thabiso Kutumela and Neo Maema. The latter swept in a cross from the left for Shalulile to steer home. The goal came not long after Masandawana goalkeeper Denis Onyango had produced an outstanding point-blank save to deny defender Sifiso Hlanti.

“Big performance from the players. All the big teams in the world have to show discipline, character, intensity and a good fight. That’s what we did today,” Mokwena said.

Other Premiership results saw Pirates pick up their first win of the season as they edged Soweto rivals Swallows 1-0 thanks to a Tshegofatso Mabasa goal. Royal AM and Maritzburg United recorded victory with the same scoreline against Chippa United and Baroka respectively.