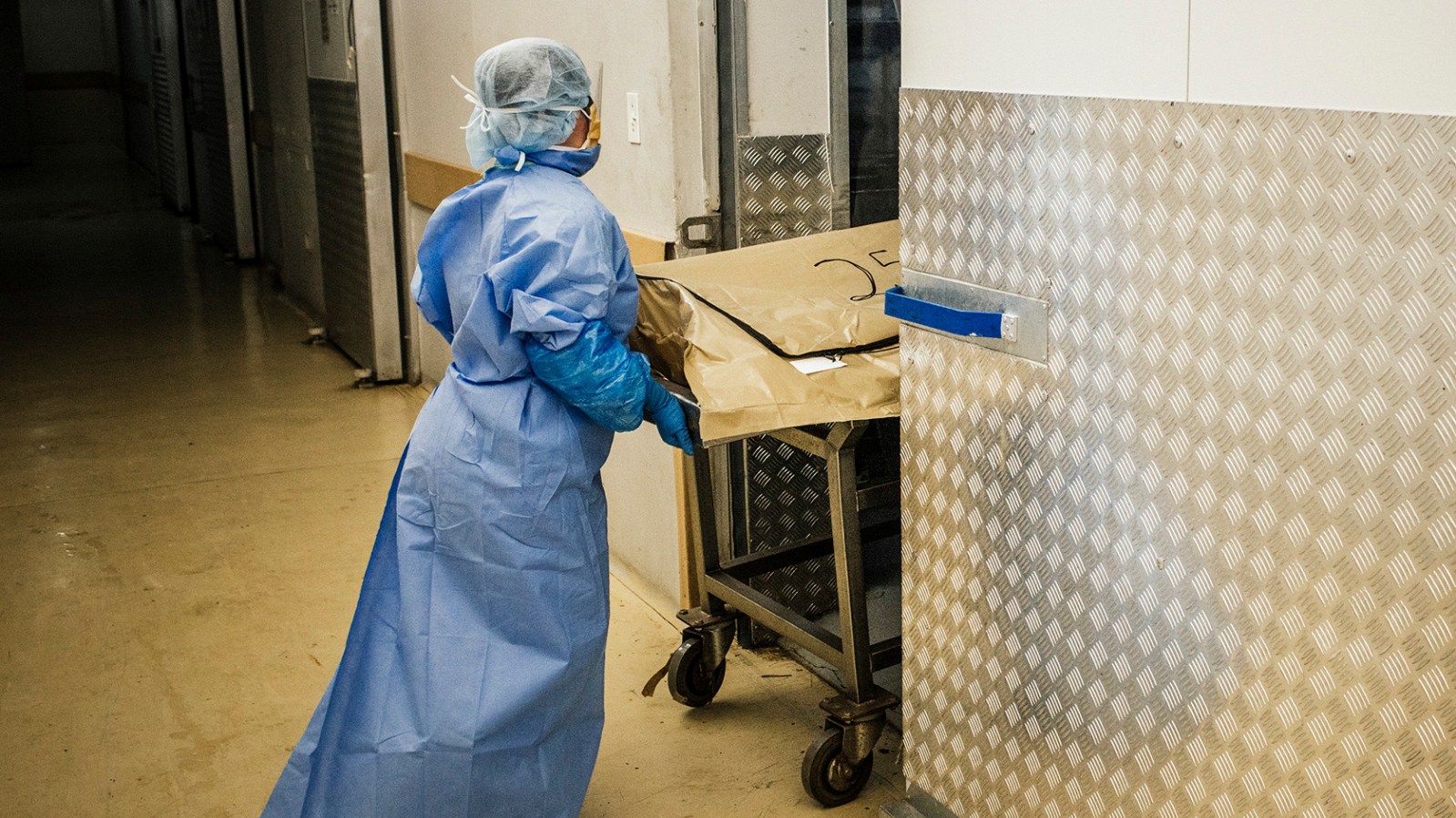 An employee at a crematorium in Paarl said that furnaces were ‘working 24/7’ to keep up with the need for the disposal of bodies.

Traffic officials at the weekend stopped a truck transporting 106 corpses to the Eastern Cape. The refrigerated truck was stopped at a weighbridge outside Somerset West on the N2 in the Western Cape on Saturday. The police said the driver of the vehicle had a permit to transport the bodies out of the province.

Crematorium owners in the Western Cape, who are overrun with bodies, have been using two facilities in the Eastern Cape. An employee at a crematorium in Paarl told Maverick Citizen that furnaces were “working 24/7” to keep up with the need for the disposal of bodies.

“Our greatest fear is that if one of the furnaces breaks down then we are in deep trouble. We won’t be able to keep up with the cremations and this will result in bodies piling up. We are already battling to keep with the current demand,” he said.

A Cape Town-based undertaker, Errol Meyer, of Mey-Flower Funeral Services told Maverick Citizen that because of the pressure on crematoriums, undertakers were using two facilities in Port Elizabeth.

“Families of the deceased also want cremations to be done within days after a funeral. So what most undertakers do is to take the bodies to Port Elizabeth, wait for a couple of days there and return with the ash.”

An undertaker in an informal settlement said: “Some of these undertakers really battled financially to carry out cremations within three days of a funeral. It is then that their bodies pile up and they resort to hiring refrigerator trucks and exporting them in large numbers.”

On Sunday, the City of Cape Town Mayoral Committee Member for Community Services and Health, Zahid Badroodien, said: “The origin of the 106 corpses has no connection to the city.

“The coffins come from various undertakers and crematoria facilities and are not linked to the city’s crematorium facility.”

Police have opened an inquiry into the circumstances of the transportation of the bodies. Health officials still need to ascertain whether the corpses were those of people who died of Covid-19.

Department of Health spokesperson Mark van der Heever said, “From a health department view, the bodies were handed over to the undertaker according to necessary protocol.”

All the paperwork to transport the bodies to the Eastern Cape for cremation was in order. The undertaker presented permits to transport the corpses to traffic officials and was allowed to continue his journey.

Badroodien said the city was coping with its burial and cremation numbers, adding that it had increased capacity at its cremation facility to operate 24 hours a day, seven days a week.

“We are running at full capacity and are coping with the current demand. There is no backlog at the city’s crematorium,” he said.

Although the city has sufficient capacity to accommodate burials, Badroodien encouraged funeral organisers to consider weekday burials to help alleviate pressure on cemeteries.

Police spokesperson Colonel Andre Traut confirmed the SA Police Service had opened an inquiry into the circumstances under which the 106 corpses were being transported. DM/MC